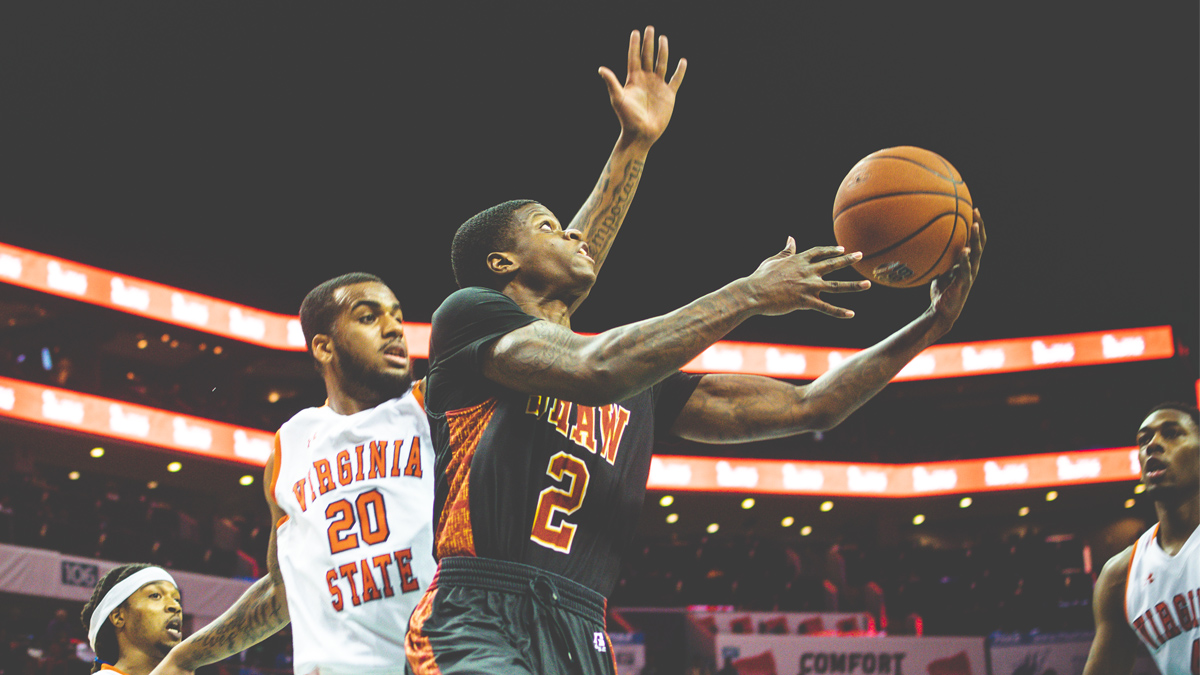 Amir Hinton’s journey from slept-on-recruit to D2 HBCU star to NBA player has taken another step closer to becoming reality.

The former Shaw star and last season’s leading scorer in all of Division II will be in the New York Knicks training camp after signing an Exhibit-10 deal with the franchise.

Hinton played with the Knicks in the summer league after going undrafted in June. He will be one of 20 players fighting for a roster spot on both the Knicks as well as the team’s G-league squad, the Westchester Knicks.

The Philadelphia native made his impact felt at Shaw, scoring just under 30 points a game his lone season in Raleigh. He started his career at Lockhaven (PA), another D2 school, but his name gathered steam in the CIAA as he put up 52 points against Tampa and multiple 40-plus point performances while leading Shaw to the conference championship game.