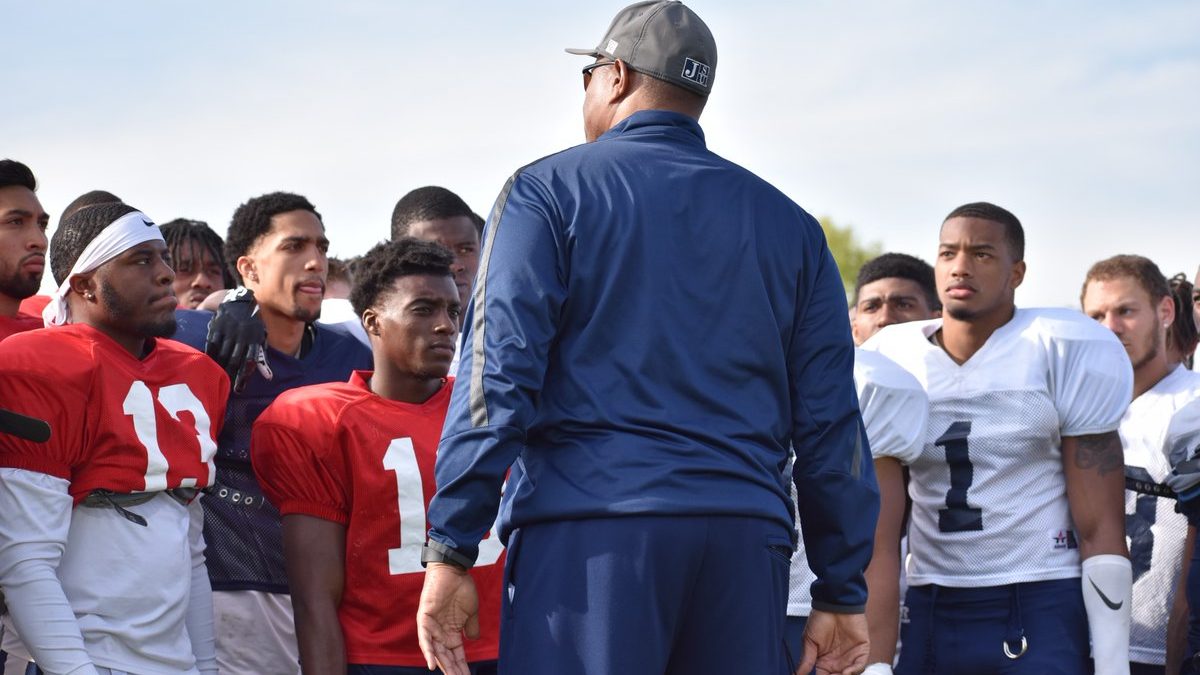 Jackson State head coach John Hendrick has made a decision as to who will start his team’s next game.

Jackson State rotated between its three quarterbacks in its season- opener against Bethune – Cookman, but don’t expect that to happen again.

Derrick Ponder will assume the mantle of starter in Week Two following JSU’s 35-15 loss to Bethune-Cookman in the MEAC/SWAC Challenge.

Jackson State head coach John Hendrick left no doubts as to who would be receiving the snaps from under center on Monday.

“Ponder, he’s going to be our quarterback,” Hendrick said.

Ponder did not start in the game against Bethune Cookman, but did touch the field later on in the game. Hendrick started freshman signal-caller Quincy Casey due to disciplinary actions that lingered from fall camp.

“The other quarterbacks had disciplinary problems with me during camp,” Hendrick said. “That’s why Quincy started the football game.”

Jones completed four passes, threw one touchdown and was picked off twice. Ponder completed eight of his 21 passes for 130 yards.

The next scheduled game for JSU is September 9th when it travels to Ladd- Peebles Stadium to play South Alabama.