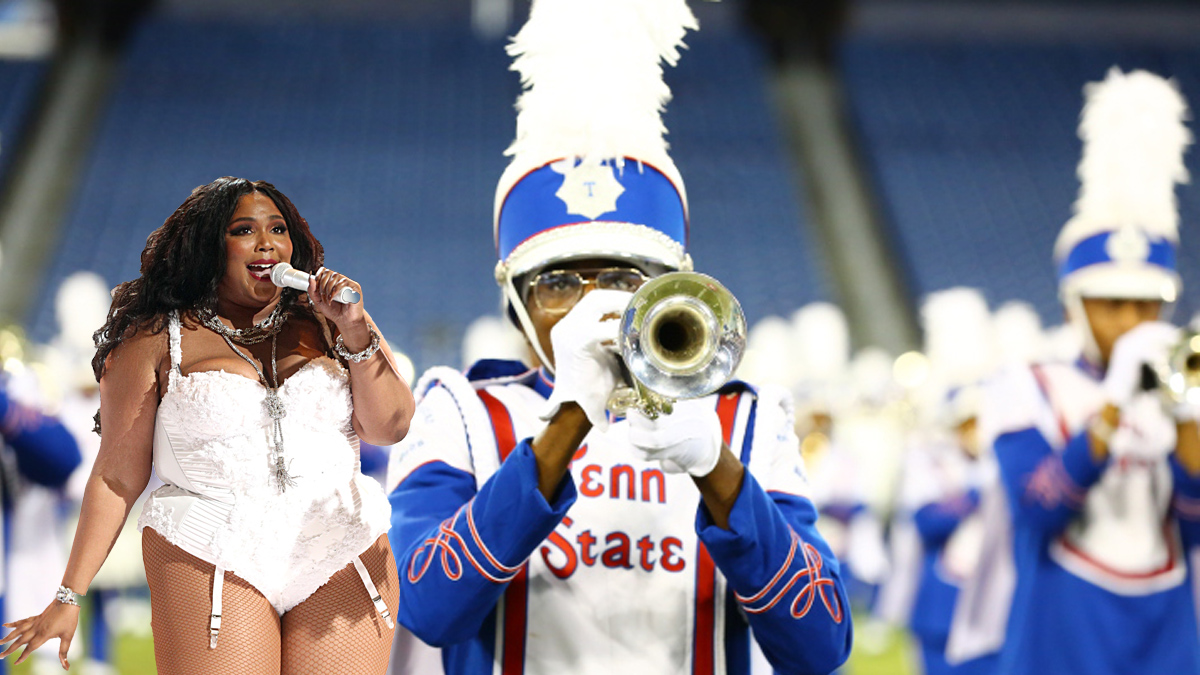 Lizzo has the number one album on Billboard but seeing HBCU marching bands perform her music made her cry.

One of the hottest artists in music right now is getting a lot of love from HBCU bands and it recently brought her to tears.

The gesture was touching for her as she tweeted the video and posted a story on Instagram talking about how she had always admired and been inspired by HBCU bands. She said growing up she was a band nerd and was often teased for it, and because she didn’t play in a predominately black bland she felt out of place.

For those who don’t know, Lizzo is a Detroit-born, Houston bred musician, singer, performer and all-around bad ass. She’s known for having a strong stage presence, body positivity and inspiring others to be themselves and not be afraid to stand out. In the HBCU band world she’s a member of the flute section who can also get out on the field and shake it with any of your favorite HBCU auxiliary lines.

A band geek from way back

“I looked at those colleges like I wish that I could be a part of it for a second,” she said.

Lizzo went to the University of Houston and relayed the experience of getting to play with the Grambling State University World Famed Tiger Marching Band.

So for Lizzo seeing black college bands playing her flute section in particular, was a touching moment.

We know exactly how you feel, Lizzo. HBCUs, their bands in particular, have the power to do so much more than just entertain. Hopefully one day Lizzo and an HBCU marching band will get a chance to perform together some time soon.