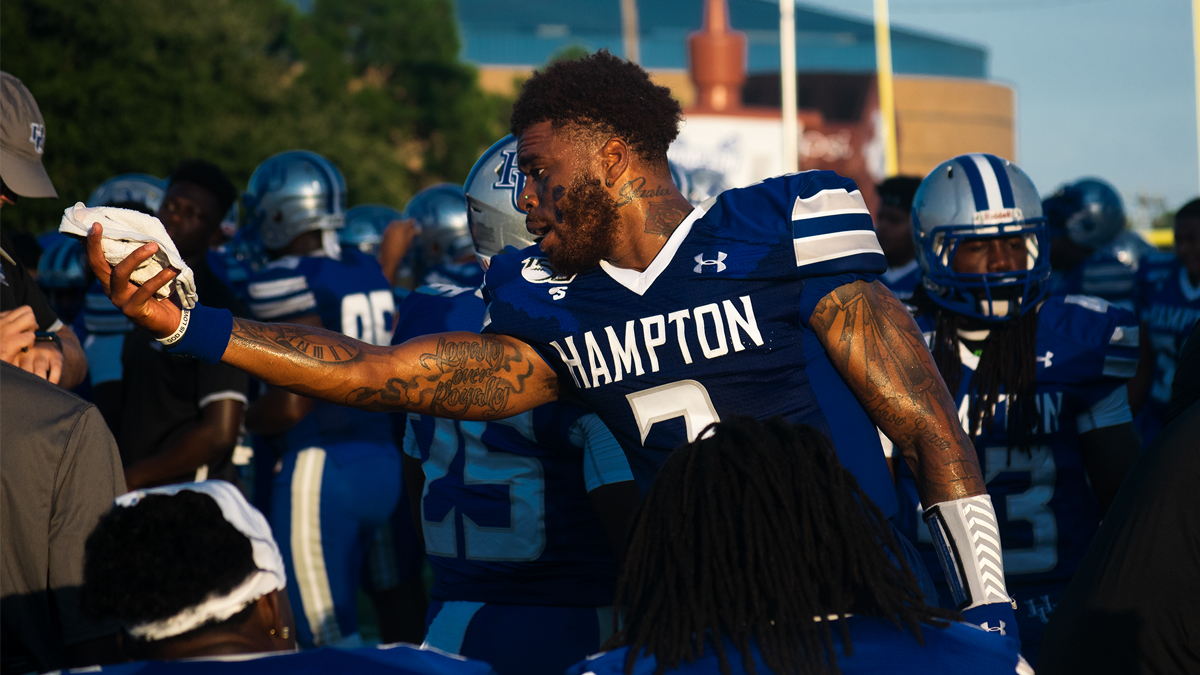 Hampton dominates ECSU in opener as Deondre Francois settles in

There are no preseason games in college football, but Hampton’s opener with Elizabeth City State definitely had the feel of a tune up for the home team.

Hampton scored early and often against its former CIAA rival on Saturday, coming up with a relatively easy 65-7 win over the D2 squad.

The Pirates got a chance to use Deondre Francois in live action for the first time since he arrived at the school a month earlier. The former Florida State quarterback ran for the game’s first touchdown and threw for two more in the blowout win.

Francois completed 9 of 17 passes for 91 yards and ran for another 55 yards before coming out in the third quarter with his team safely ahead.

Hampton did most of its damage on the ground, running for 346 yards with a 7.8 average and six touchdowns. Running back Shai McKenzie was the primary playmaker on the ground. He rushed for 121 yards on just nine carries, including two touchdowns.

ECSU’s offense just couldn’t get out of neutral. It had just 65 yards of offense, and only 10 of that came via pass. Quarterback DeAbrie Smith led the way with 25 yards on the ground, with his 49 yard run in the second quarter by far the team’s biggest play offensive play. Its only touchdown came on a 95 yard kick return by Zion Riddick in the third quarter.

The game was tough to watch for ECSU fans, but just like when HBCUs at the FCS level that play FBS teams, this was a guaranteed game designed to help fund the program. ECSU competed hard both on the field and in the stands, as the Sound of Class pushed the new-look Mighty Marching Force from Hampton during the game and in the Fifth Quarter. Ultimately, though, Hampton was just too strong to be seriously challenged on Saturday.

Francois had his moments on the field, but he’s still getting adjusted to his new receivers and that showed as well. There were times he missed his receivers and times they bobbled his passes. But that’s to be expected in the first game of the season, especially when there has been just over a month to get adjusted to each other.

The competition level will rise when Virginia Union comes to town on Sept. 7. And again in a few weeks when the show hits the road to Chicago to play Howard. It’s hard to analyze how good Hampton is at this point, but one can only assume that its offense will continue to develop as its quarterback gets settled in.

Hampton dominates ECSU in opener as Deondre Francois settles in