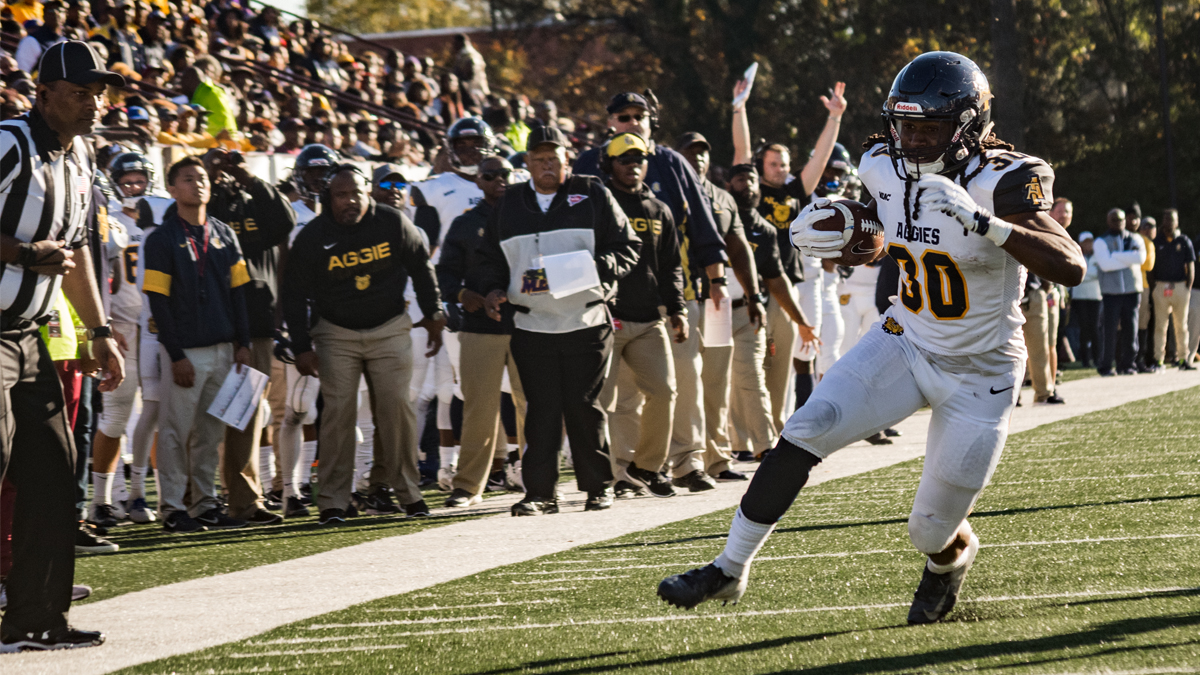 North Carolina A&T brought the MEAC its first victory of the 2019 season with a last-second thriller over Elon.

GREENSBORO, NC– The first five MEAC games of the season weren’t the prettiest, all resulting in losses. North Carolina A&T set the tone for the conference with a 24-21 walk-off victory over no. 24 Elon University on Saturday evening.

The Aggies and their ranked local rivals stayed close throughout regulation. A&T went into the half up 14-7 and ended the third quarter tied at 21. The fourth quarter was silent until the last second. A&T’s junior kicker Noel Ruiz was previously 0-for-2, but made the one that counted the most with a clutch 52-yard game-sealing field goal with one second remaining.

Redshirt junior running back Jah-Maine Martin led in rushing with 54 yards. Senior wide receiver Elijah Bell finished with nine receptions for 93 yards, leading in both categories. A&T’s defense held Elon to 19 total rushing yards and did not allow them to score in the second or fourth quarter.

The Aggies will try to remain undefeated next Saturday, September 7 in a face-off against Duke in Durham, NC at 6 PM.