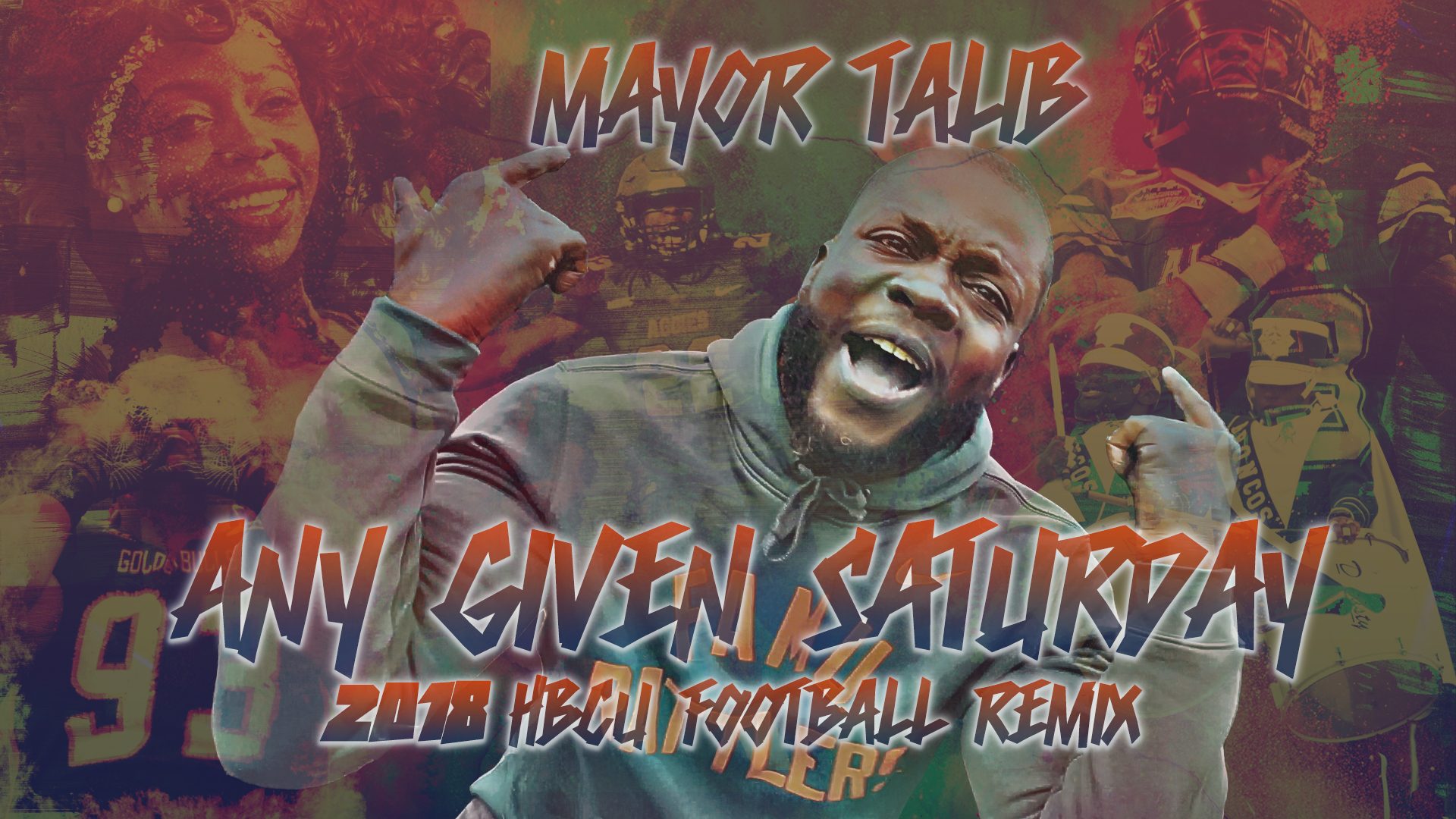 It’s August and the smell of HBCU football is in the air. The 2019 season has an extra bit of buzz with the news that HBCU Gameday and Aspire TV have partnered to bring HBCU Gameday’s “No Huddle” into the living rooms of black college football fans across the country.

Fans will not only receive original content on a weekly basis, but HBCU Gameday reached out to recording artist and FAMU Alum Mayor Talib to give the show an authentically HBCU theme song.

The result is “Any Given Saturday” written by Mayor Talib and produced by Big Boy Traks. Mayor Talib decided to take things a step further and record a special remix that dives head first into everything that went down in the 2018 season in HBCU football.

Talib then teamed up with resident HBCU Gameday filmmaker Wali Pitt and the Benedict College Marching Tiger Band Of Distinction to shoot a music video for the remix to “Any Given Saturday”.

“We wanted to get the closest thing to a gameday vibe as possible, I reached out to Dr. Wade Johnson, the band director over at Benedict who let the band be in our video, the kids in the band picked up the song instantly and were playing and singing the words within 20 minuets, it was honestly amazing to see”, said video director Wali Pitt.

Fans can find the video on all of HBCU Gameday’s video platforms and stream the song on all digital platforms. The “No Huddle” will air every Saturday on Aspire TV, stay tuned to hbcugameday.com for more updates.