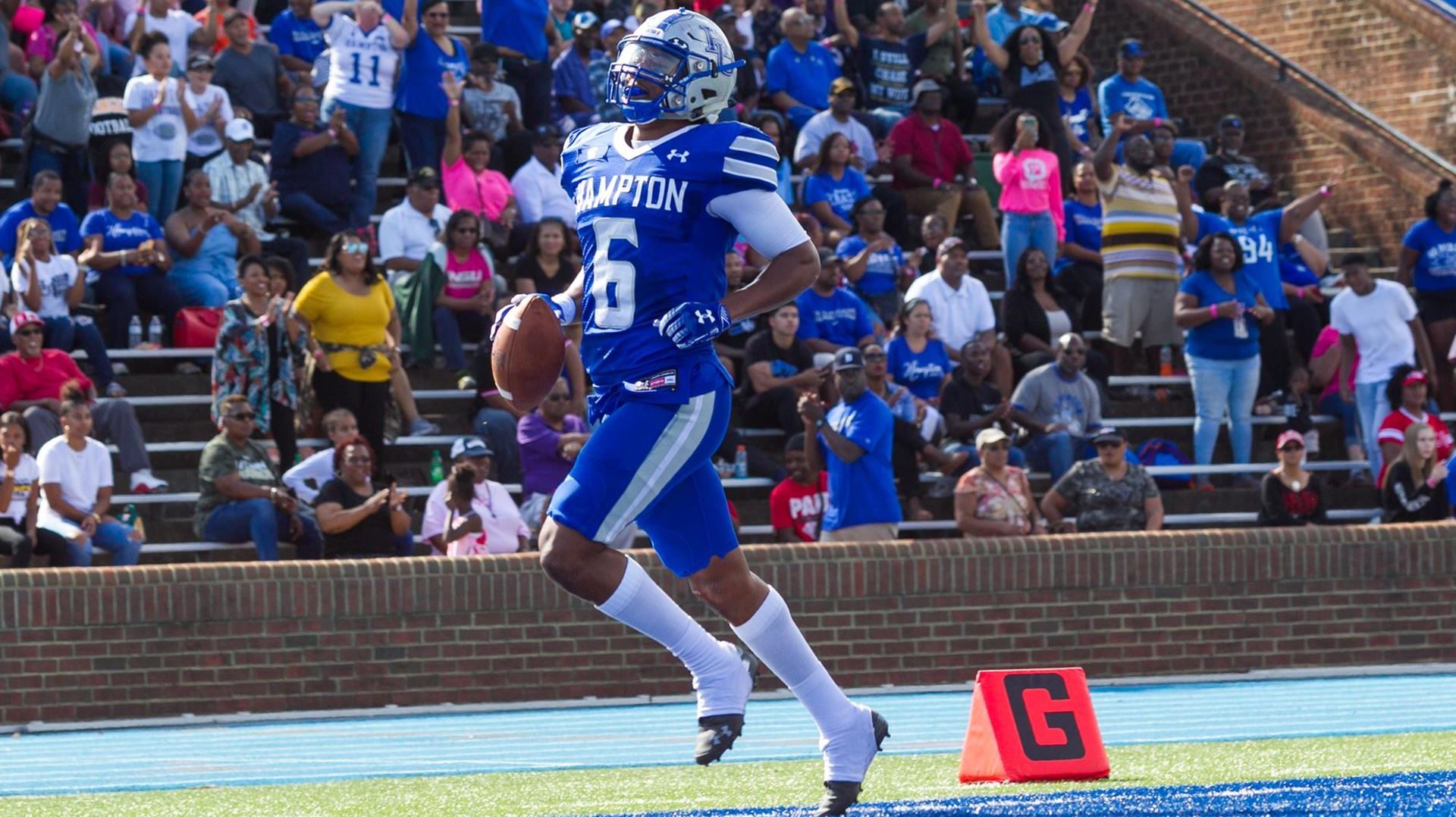 Hampton picked to finish near bottom of Big South football

Hampton will have to earn its respect in the Big South as not much is expected in its first full season.

Hampton is officially a part of the Big South, and in its first ever preseason conference poll, saw it has to prove itself in its new conference.

The Pirates were picked to finish sixth out of seven teams in the Big South preseason poll, released Tuesday in Charlotte. Two-time defending champion Kennesaw State University was predicted to win again.

Hampton is coming off a 7-3 season as an independent last year after a 22-year stint in the MEAC came to end. It went 1-2 against Big South schools last season, beating Presbyterian College while losing to Charleston Southern and Monmouth. Presbyterian was the only school below Hampton in the predicted finish.

Hampton will play a total of three HBCUs in the non-conference season, taking on former CIAA rivals Elizabeth City State and Virginia Union as well as archrival Howard. Liberty rounds out the school’s non-conference schedule before it begins its Big South obligations.

Hampton picked to finish near bottom of Big South football