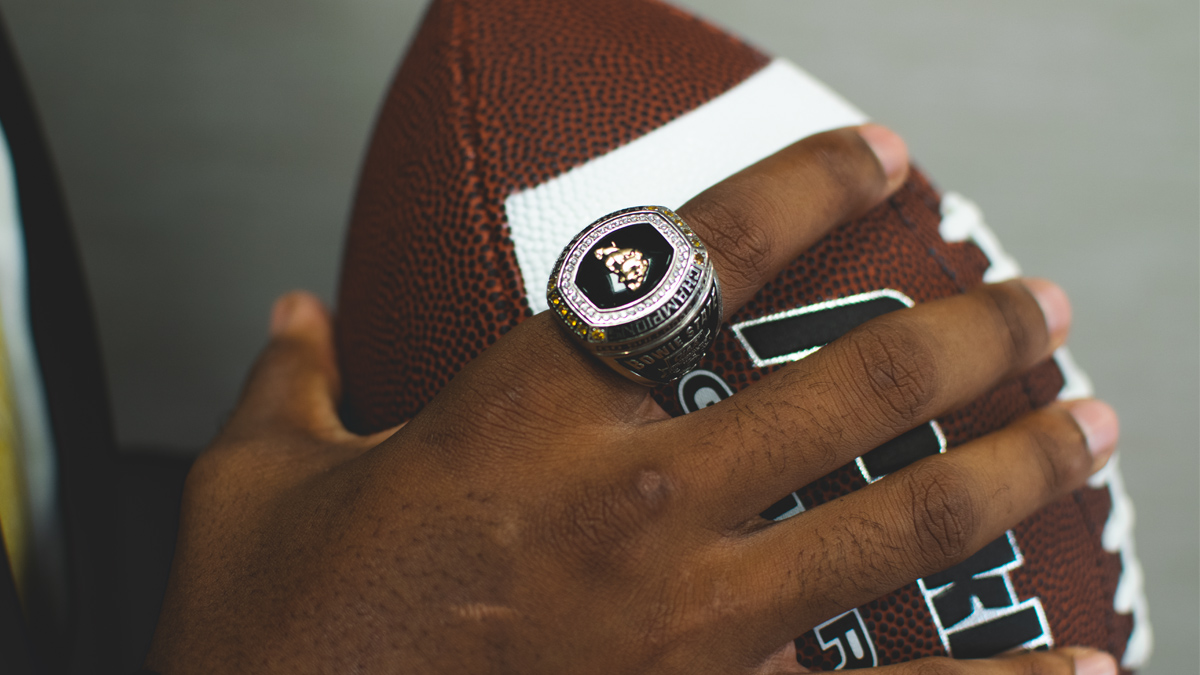 Winning the CIAA North, let alone the CIAA, will be a tough task. But Bowie State QB Gaston Cooper says the team is up for it.

Every year thousands of college football players come and go, but few have meant as much to their teams as Amir Hall did to Bowie State the last several years.

The two-time HBCU Gameday/Protect Your Skull National Player of The Year won’t be suiting up for BSU, but expectations for the squad are still high, both internally and externally.

BSU was predicted repeat as conference champs in 2019 at the CIAA Media Day in Salem on Thursday. That won’t be easy, as the CIAA North is a division predicted to have four of the top five teams in the conference with Virginia Union, Chowan and Virginia State along with Bowie.

Quarterback Gaston Cooper, the man expected to fill Hall’s shoes in PG County isn’t shying away from the expectations. When asked about what would be a successful season in his eyes on the stage at Media Day, he didn’t have to think twice.

Like most of the Bowie State team, the 6’0, 210 pound passer is from the local soil. He played his high school ball in nearby Silver Spring, MD at Paint Branch High School. He started his college career at Dusquesne where he was switched to receiver. He spent the last two seasons watching in the wings as Hall broke record after record, led BSU to the CIAA championship and a win in the D2 football playoffs.

Now its his time, as he leads an offense that returns several key players from the offensive line along with preseason All-CIAA receiver Montez Clay.

Staying on top of the CIAA North won’t be easy, nor will filling Hall’s shoes. But Gaston and Co. are confident that they can get it done, and until someone dethrones them, they are the champs.