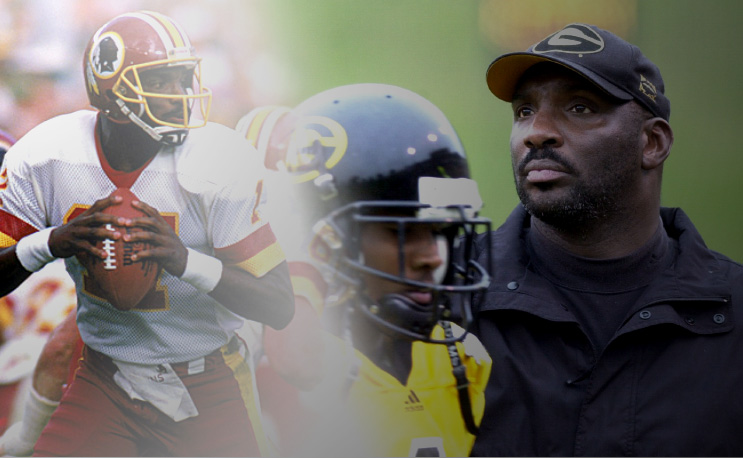 Doug Williams gets another big honor at Grambling State as street is named in his honor.

More than forty years after making a name for himself at Grambling, Doug Williams’ name has now got its own real estate on the campus.

The former Tiger and Super Bowl MVP had a street named after him on his alma mater’s campus Friday. Doug Williams Drive is the newest street on the school’s historic campus.

“To have a street named after you and to be there for years to come when I’m gone, they can remember that my daddy did something great at Grambling State University along with his teammates,” Williams told the News-Star on Friday. “I don’t look at it as overdue. People are going to do what they feel like they should do. Like they say in church, it might not come when you want it to, but it’s right on time. I look at it, take it in stride and I’m humbled by it. There’s so many other guys that have come before me and after me that deserve the same platform that I received today.”

On hand for the ceremony were other Grambling legends like Willis Reed and Bert Jones, along with curent Tigers coach Broderick Fobbs.

Best known as the first black quarterback to win the Super Bowl, Williams first turned heads at Grambling where he received Heisman votes while playing under the legendary Eddie Robinson. He later returned to coach the program, leading it to multiple SWAC and HBCU national titles.

“People that go to school here don’t have a clue about the people that came before them. When they see a Doug Williams Drive, some will come here and not know who Doug Williams is. But they got a phone and they can Google Doug Williams,” Williams said. “If they do the same for Willis Reed, the Buck Buchanan, Ernie Ladd, Willie Brown they’ll find out the same thing that they went to an institution where a lot of great people went.”