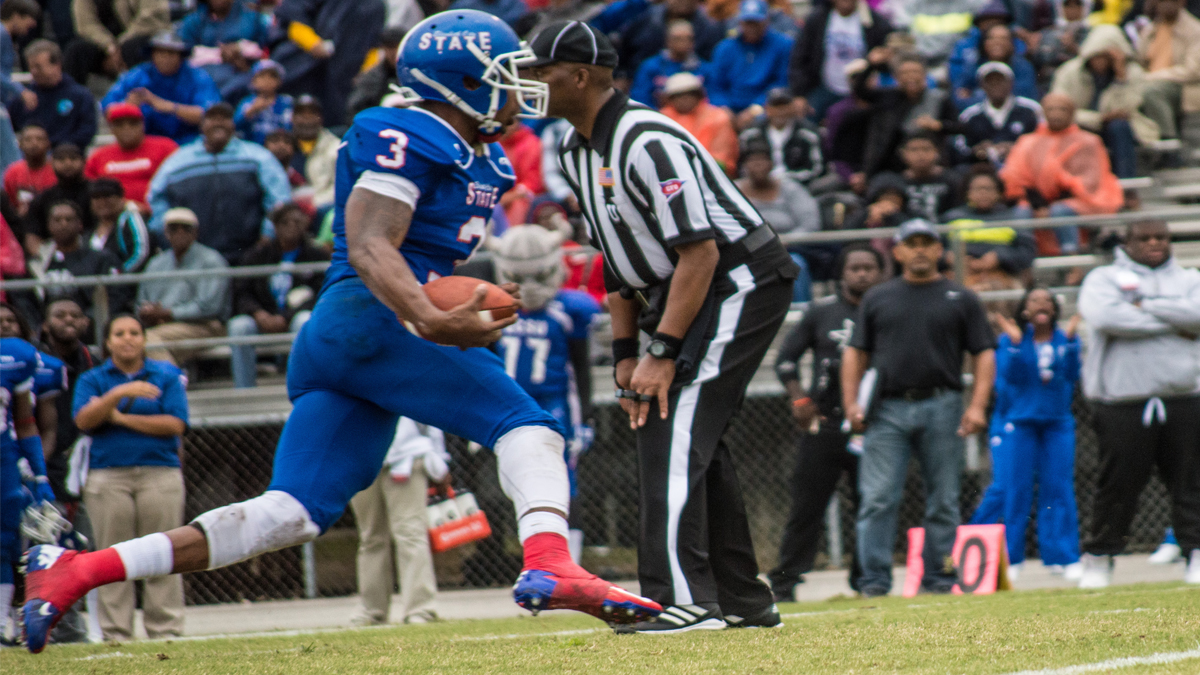 For the second year in a row, IFL MVP is a QB from the CIAA

The Iowa Barnstormers continue to go to the well of CIAA quarterbacks, and it continues to pay off for the IFL squad.

A quarterback who played his college ball in the CIAA has won the MVP of the Indoor Football League.

In his first season at quarterback for the Barnstormers, Neal (6’2,215, Elizabeth City State) led the IFL in passing touchdowns and helped the Iowa Barnstormers advance to the United Conference Championship for a third consecutive season.

Neal finished his season completing 225 of 317 passes for 2,642 yards and 59 touchdowns against just three interceptions. His 59 touchdown passes were the most in the IFL while his 2,642 passing yards were second most. Neal found his way into the IFL record books as his 71 percent completion percentage was third-most all-time. A threat running the ball, Neal rushed for 649 yards and 24 touchdowns. Neal’s 24 rushing touchdowns ranked second in the league.

Neal was named IFL Offensive Player of the Week three time during the season and was named as the First Team All-IFL QB.

For the second year in a row, IFL MVP is a QB from the CIAA