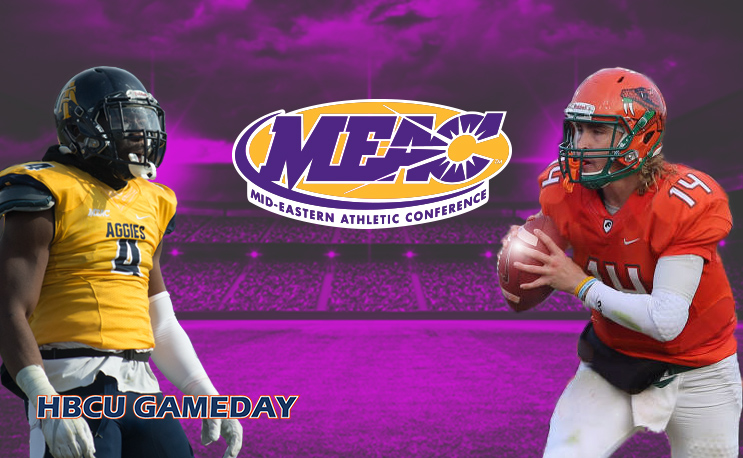 In today’s sports world, a uniform means everything. It’s more than just gear or a representation of the side you’re fighting for; it’s a component of the game that’s worth noting. There have been many polls given to college recruits and uniforms does have an impact on where someone wants to play. It’s a part of the game that seems simple but it’s complicated.

All four HBCU conferences (the CIAA, MEAC, SIAC and SWAC) were all under the Russell Athletics umbrella through the 2015-16 season. The MEAC broke away from Russell in 2016, and the other three conferences were forced to switch after the apparel company announced it would no longer be in the uniform business. We don’t know what the SIAC, SWAC or CIAA will look like but after two years we are ready to make some judgements on the MEAC.
[inArticle] 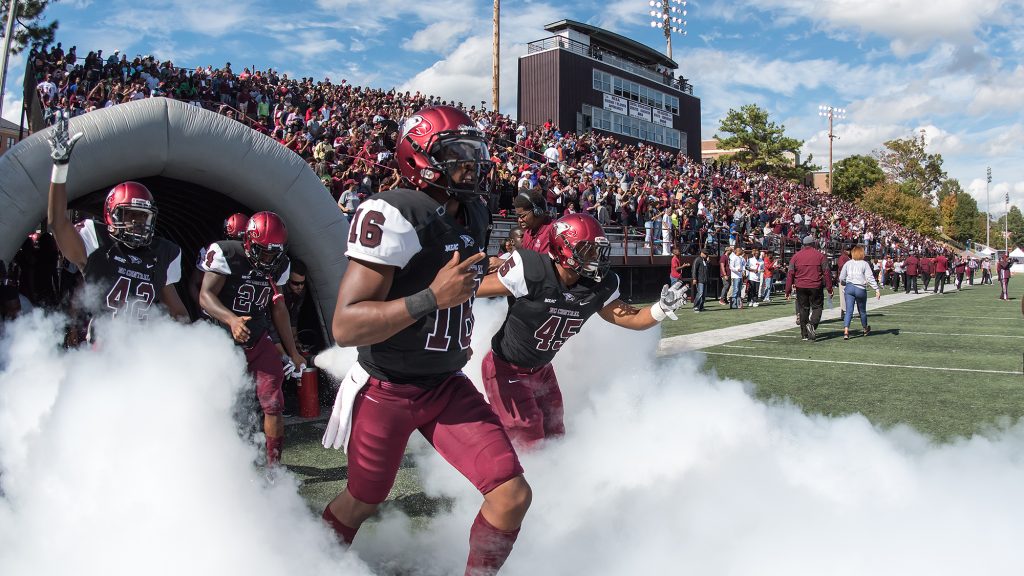 Besides their obsession with Burgundy camo print, NCCU’s recent uniform sets through the past few seasons has been solid. Their switch to Nike seen the Eagles switch to a common Nike template with not that much creativity. But the sleek black jersey looks great, and it’s NCCU’s top ‘fit for sure. It’s hard to make burgundy and black match but NCCU does a good job of matching their main colors with black. The jersey is rarely seen but it’s a powerful jersey for sure. NCCU’s blackout style jersey isn’t the best but it’s surely worth mentioning. 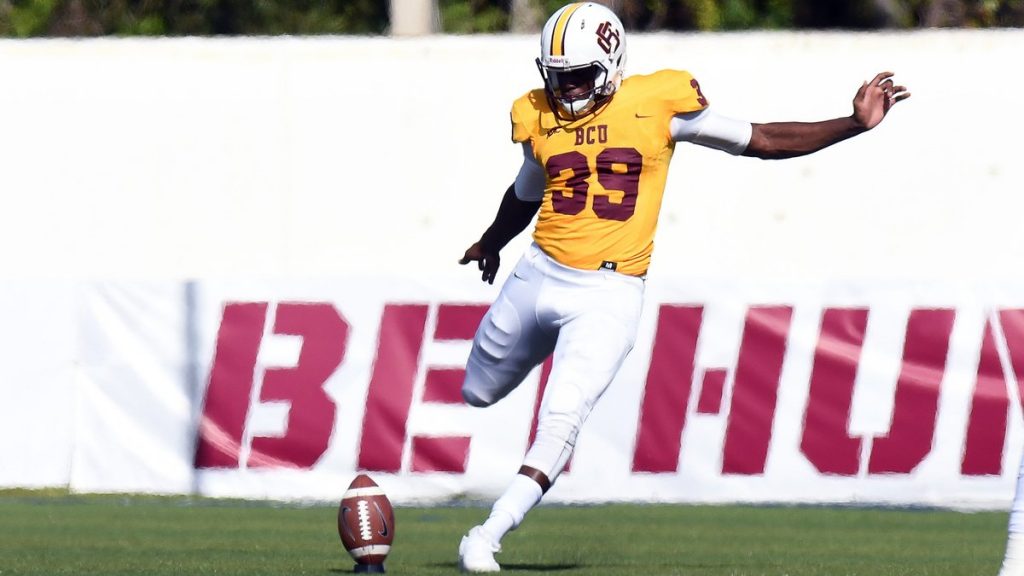 BCU’s uniform set is where Nike is taking major schools as well. Having a jersey color and the other school’s color being used for all numbering and lettering on the jersey. In this case, their Gold jersey has all burgundy lettering and numbering. Design-wise, it looks simple but it’s sleek and consistent. BCU’s gold jersey is a mainstay in their rotation, even before their move to Nike. It never gets old.
[inArticle] 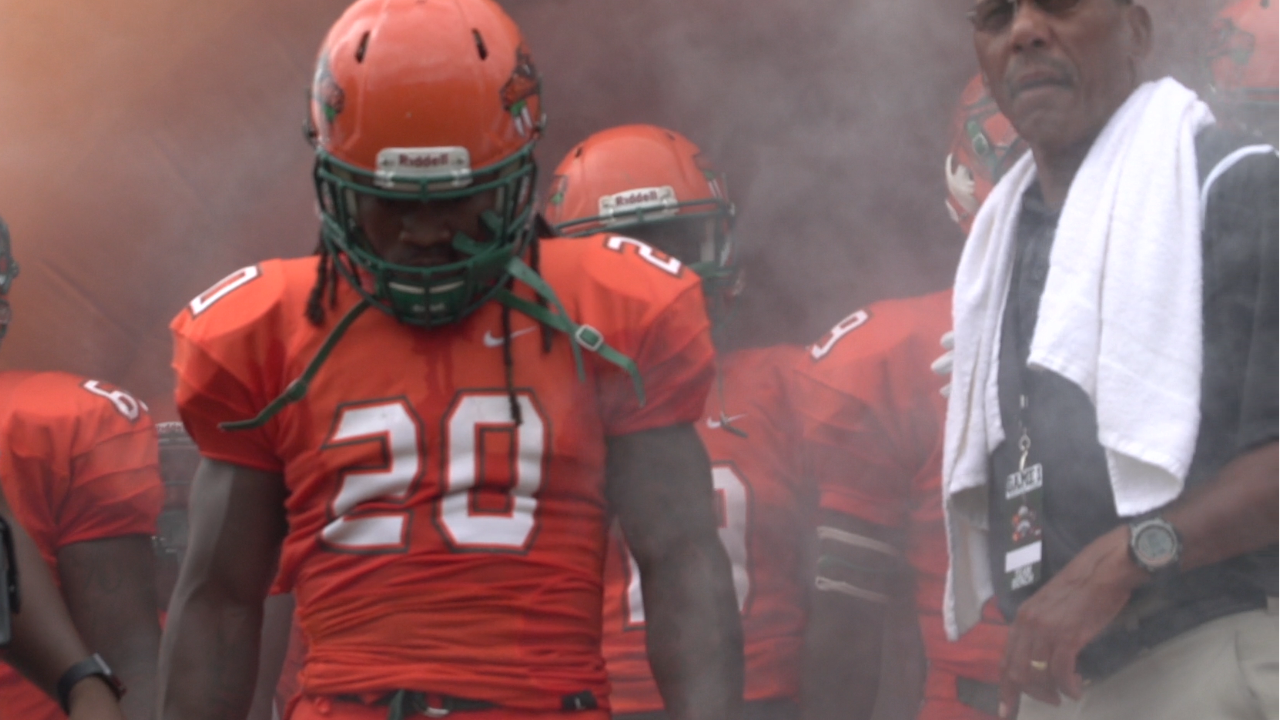 FAMU’s orange jersey has seen some rough times design wise. Like some really bad times. There are a few pictures of older editions, it wasn’t pretty.

Its Nike edition toned the brightness down but still has some pop in the jersey. What makes it better than their previous editions is the lack of wording on the jersey. This edition only has the Nike swoosh, a small FAMU logo, the MEAC logo and that’s it. Green is barely seen. For some colorways, the simpler the better.

When people think of SC State within the MEAC, they think about Darius Leonard destroying gameplans and causing havoc.

Mr.Leonard is gone now but SC State’s Garnet jerseys are still in full effect. Accompanied with white letters and blue/white stripes on the shoulders; this jersey is simple and bold. Unlike their counterparts, having a white helmet helps SC State’s case in terms of the true swagger of this jersey. 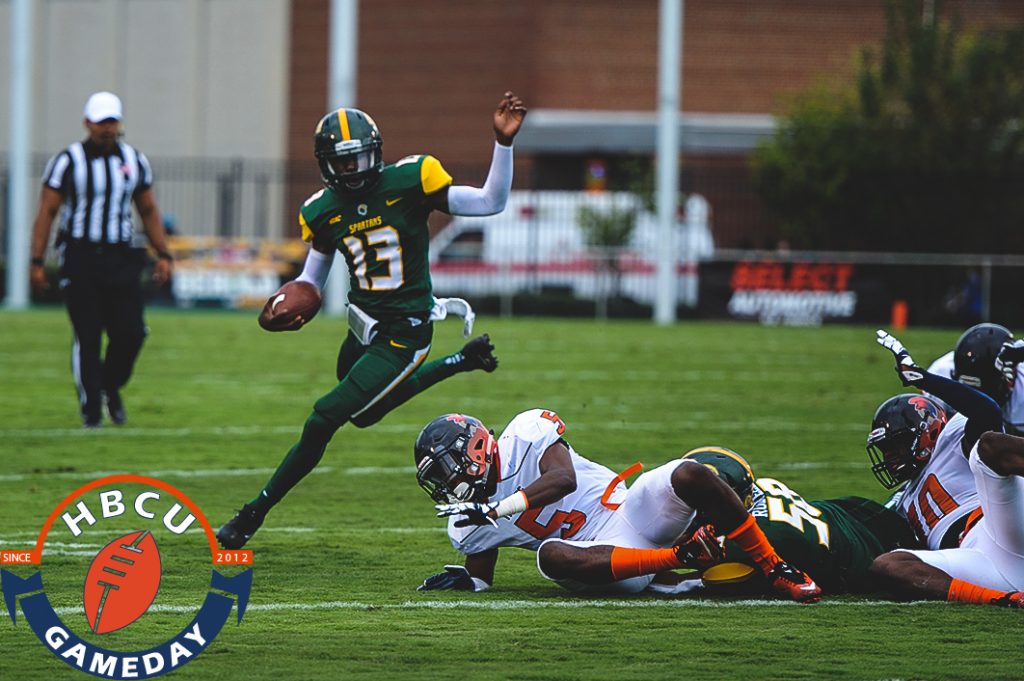 Norfolk State has done an excellent job when Nike took over last year. Unlike most of the conference, their uniforms are truly unique to their branding and it doesn’t look like it was thrown on a template. The font and numbering makes the uniform pop. Their “Spartans” across the chest truly fits their brand identity. Their numbers are a little larger than regular numbers usually seen on Nike uniforms. NSU’s uniform set is very underrated. Their Green jersey shows why. 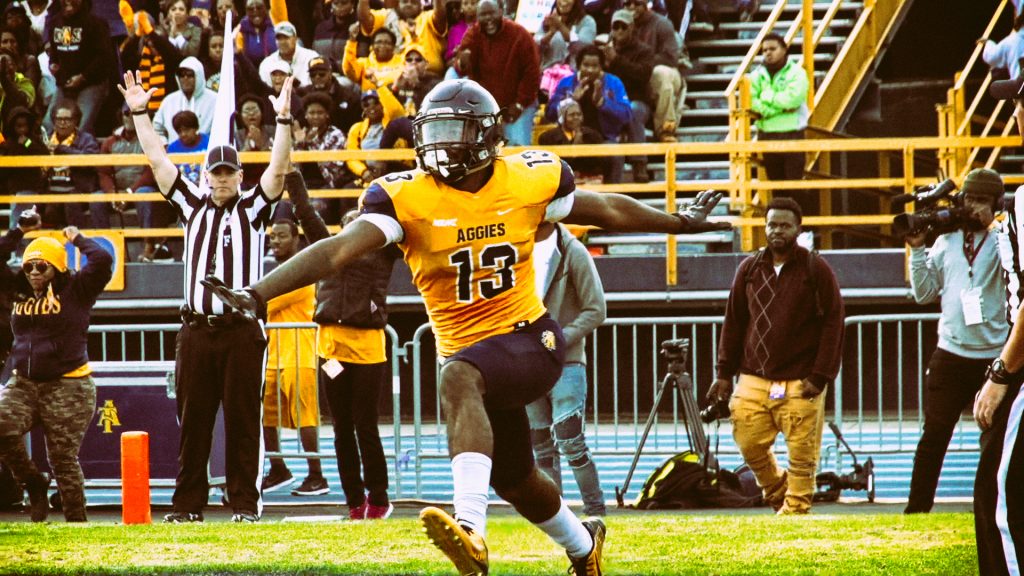 Gold is such a hard color to pull off and North Carolina A&T does it well. The blue lettering gives this jersey a very subtle look. Also having blue on the shoulders evens things out a bit. A&T has had gold jerseys in the past but the Nike fabric tones it down a little bit and makes it more of a common jersey to wear.
[inArticle]

Tarik Cohen gives back with the most lit football camp EVER
Top prep football prospect to visit FAMU
To Top
X
Loading Comments...