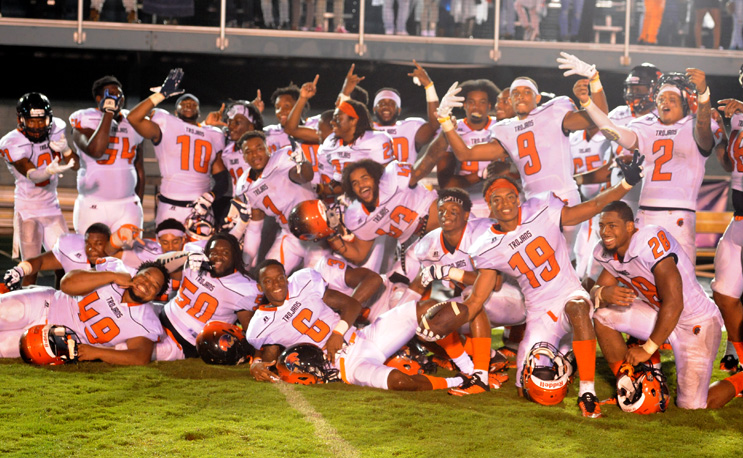 Week three of the  Division II Football regional rankings are out and the musical chairs are about to end for teams in the SIAC and the CIAA looking to get into the playoffs.  The regular season has ended and the only teams left with an opportunity to improve upon its resume are Fayetteville State, Virginia State, Tuskegee and Fort Valley State.  Unless of course there’s an athletic director hastily putting together an emergency game for this weekend, remember the Tuskegee vs er Virginia State drama from last year?

Let’s move on to the rankings, the CIAA’s Virginia State (9-0), and Bowie State (9-1) hold steady in the polls. The Trojans maintained its number three ranking and will now play its ultra important tenth game of the year by making it to the CIAA Championship, after beating Virginia Union on Saturday by the hair of its “chinny chin chin.”

BSU blew the doors off of Elizabeth City to end the regular season and it remains in the fifth spot in the poll this week.  Virginia Union fell out of the poll after its narrow loss to the Trojans over the weekend.

Miles College (6-4) saw its run up the rankings end after getting throttled by Tuskegee (8-2) by 30 points on Saturday.  Fort Valley State (5-4) rolled over against Albany State and didn’t allow itself an opportunity to make an appearance in the poll.

But hello Tuskegee! The Golden Tigers enter the regional rankings for the first time this year at number nine.  You can now clearly see a path for “earned access” if Skegee is able to win the SIAC Championship against Fort Valley State.  Should Tuskegee lose this weekend, chances are a SIAC team will not make the playoffs this season.

Here are the full rankings for the week of November 6th, 2017 in Super Region Two.