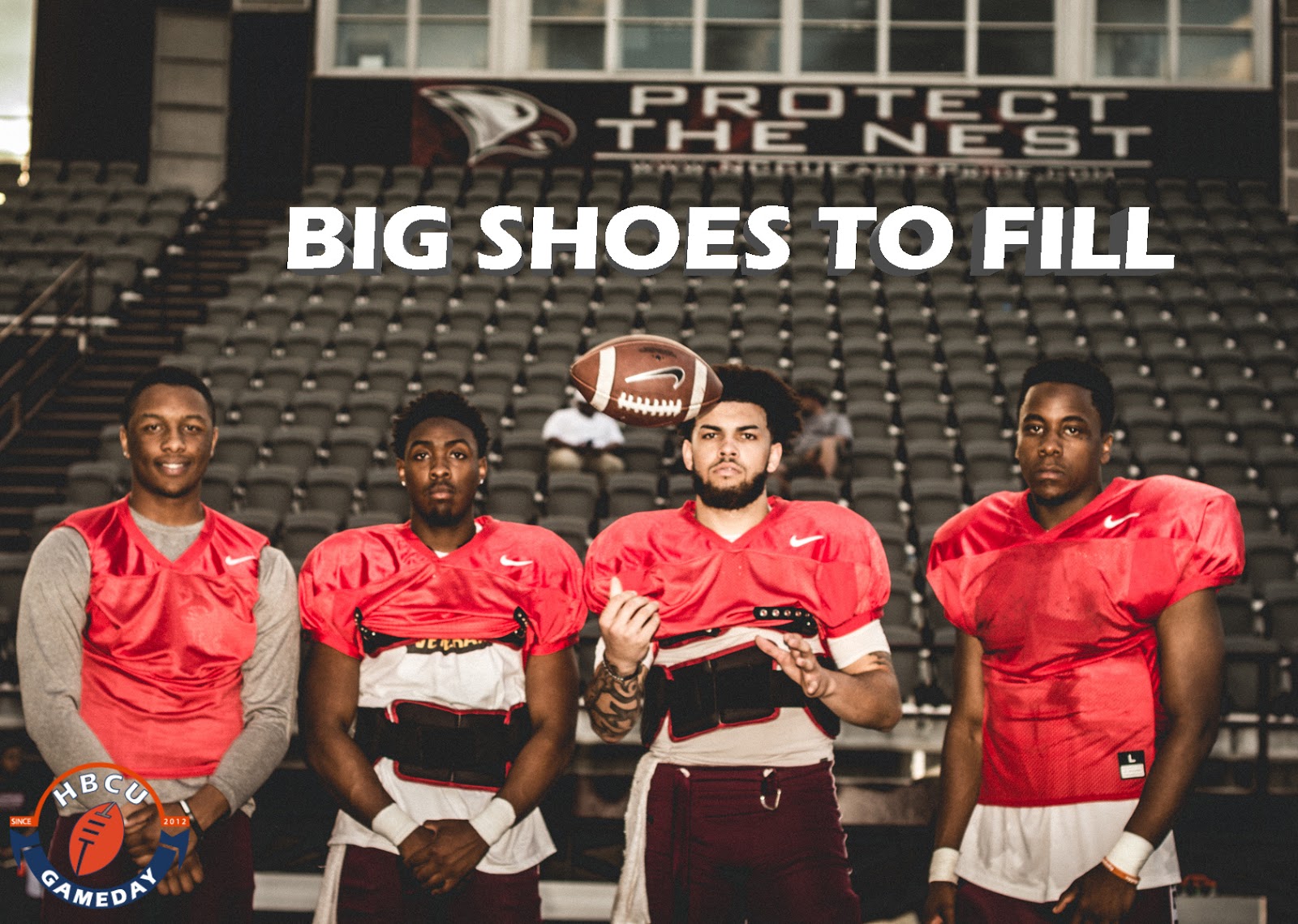 Spring was in the air as I rolled up to the campus of North Carolina Central University on this late March afternoon. A fresh rain had spread a green sea of pollen all over Durham and by the time I reached O’Kelly-Riddick Stadium, my heavily worn Jays had switched from black to green.

But, my freshly pollinated sneakers aside, I was excited about spring football.

When people think of black college football, they usually think of marching bands and cheerleaders and an overall fun atmosphere with a football game going on in the middle of it. Despite how true that might be the last quarter of the year, the start of the season is a far cry from that.

Over the next couple of weeks, I’ll be traveling to spring football camps around the mid-Atlantic to check in with some of the football teams from the MEAC and CIAA as they grind in the spring to shine in the fall.

Our journey kicks off in Durham, where NCCU is coming off its third-straight MEAC title under its talented young coach, Jerry Mack. The program has gone 21-3 in the MEAC since he took over following the 2013 season, including an important 3-0 against archrival North Carolina A&T.

But just as the literal winds of change blew plant food all over my sneakers, the figurative winds of change have blown into O’Kelly-Riddick Stadium. Gone are players like Malcolm Bell, a three-year starter at quarterback, and Carl Jones, an all-American center. Instead, NCCU will hope to write a new chapter in its fledgling FCS program in 2016 with players that have little to no experience at that level.

Will the young Eagles be ready to soar or will they stumble off the high perch built by their elders? We’re months away from finding out for sure, but these 15 practices may well be part of the most important spring since the regime change in 2014.