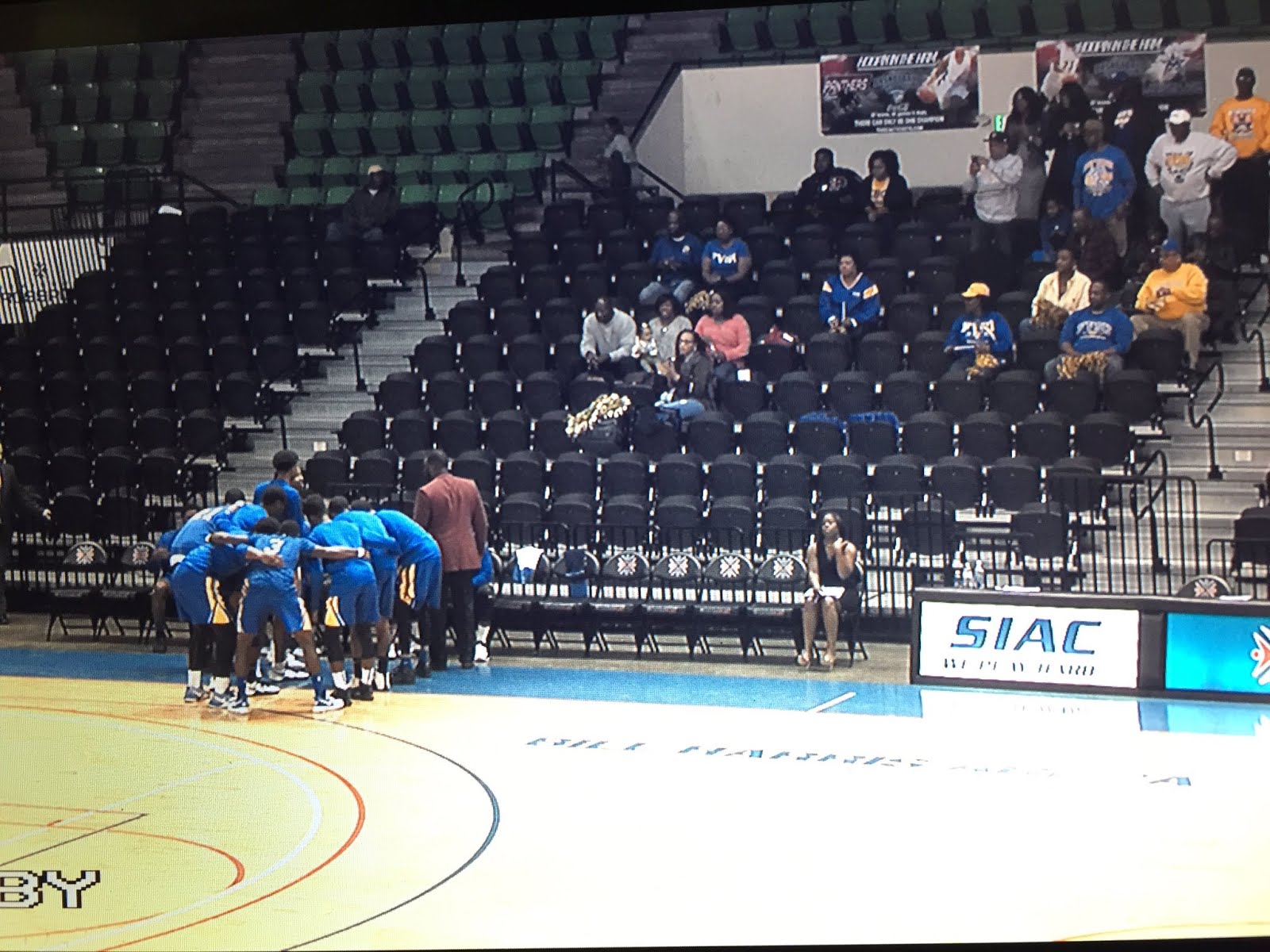 Love is a word that is often thrown around too easily, especially as it relates to HBCUs and their athletic departments and student-athletes.

On Saturday, HBCU Gameday got its first taste of the SIAC brand of March Madness when we made our way to Birmingham, AL to cover the conference championship game between Fort Valley State and Clark Atlanta.

The biggest thing to come out of that game wasn’t the game-clinching 3-pointer that gave CAU the championship or the story of how former NBA guard Darrell Walker helped transform a nine-win team in 2016 to a 21-win team in 2017. It was this tweet.

Dear #FortValley fans and grads. Do better. Your student athletes made it to the football and basketball championship this year. You didn’t. pic.twitter.com/PMTP1x98eZ

//platform.twitter.com/widgets.js The tweet has apparently hurt a lot of feelings, had folks putting in overtime with their twitter fingers and pulling out capes in the name of Fort Valley State. So to be clear:

Yes, we do remember what it is like to be a student and we understand that they don’t always have the time, transportation or the disposable income to make it to Alabama for a basketball game.

However, if you look at the tweet, we did not call out students. We did say fans and grads. It shouldn’t be up to just the students to support the team, but surely there were more alumni in driving proximity to the game. Parking was $5. Food was to be had at high-school like concession stand prices compared to the CIAA Tournament we covered the week before.

We appreciate the passion of HBCU fans, which is why we go out of our way to spotlight fans in the crowd during the game. We are in these gyms all winter long, crisscrossing the Southeast to be there in person to bring the action to fans who can’t make it to see their favorite schools. That is why it is upsetting to us that for a championship game, there were so few people to support the student-athletes.

Which brings us back to the word love. Many people love their HBCUs, and by extension their HBCU sports teams, like they do their grandparents. They are fiercely protective of their name and have plenty of fond memories of them, but rarely come to visit them once they leave home.

Many people make just one trip a year, for homecoming, and complain about game prices or don’t bother to go inside at all. As if HBCUs can fill up their buses to travel to games on love, or recruit players with love.

And it’s not just Fort Valley State or the SIAC. A week earlier the CIAA, the crown jewel of HBCU basketball tournaments, struggled to try to fill the bottom of Spectrum Arena on Championship Saturday night while outside Charlotte was the hotspot for nightlife on the East Coast.

Following HBCU basketball can be a labor of love these days. We aren’t getting NBA-level players on the court like we were 50, 40 or even 30 years ago. Division I schools win in The Big Dance once every decade or so (unless you are counting play-in games) and even Division II schools have struggled to compete nationally in recent years. But, be honest, what top talent would want to play in front of sparsely filled arenas with little television time when they can play in a Power Five conference who can pack the house and will also be on national TV?

At the end of the day, we realize you can’t make folks support anything with their own time and money. But when I started HBCU Gameday, I wanted it to be a platform that elevated HBCU sports, but also challenged and told the truth about it. Sometimes that truth makes us feel warm and tingly and other times it gets us in our feelings.

That word love is a very serious thing, and we have to find tangible ways to show that love or we will love HBCU sports to death.