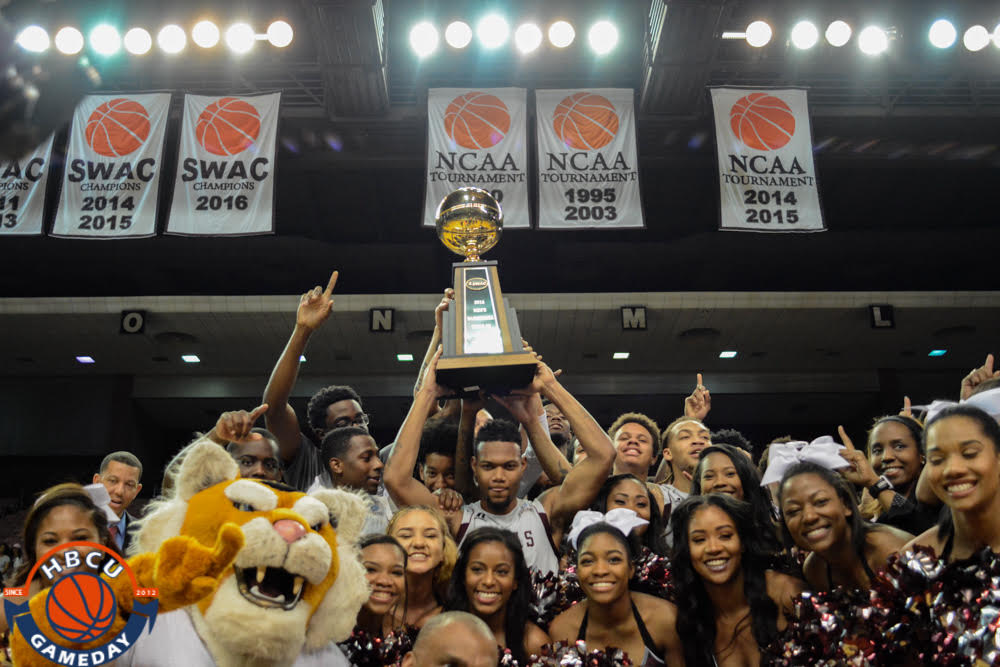 By Steven J. Gaither
If Thursday night was was any indication, the SWAC Tournament should be an exciting one. Texas Southern claimed the conference’s regular season title with a 94-88 overtime win over Alcorn State in Houston on Thursday night.

//platform.twitter.com/widgets.jsZach Lofton poured in 30 points for TxSo, who outscored Alcorn State 14-8 in overtime to secure the title, and at least a bid to the NIT Tournament with a 19-11 overall record and a 15-2 performance in the SWAC.

“This is our third consecutive league title,” TxSo’s Mike Davis said after the game. “Obviously this is huge for our program as that is an impressive feat that took a lot of sacrifice and hard work this season and over the years.”

Alcorn got 23 points from DeAndre Davis and 19 and 12 from Marquis Vance, as it finished 16-12 overall and 13-4 in the SWAC. A win would have tilted the regular season title in its favor.

All In The Family: Mother passes on love of HBCUs, sports to daughters
MEAC Tournament: Disappointing regular season could lead to interesting tourney
To Top
X