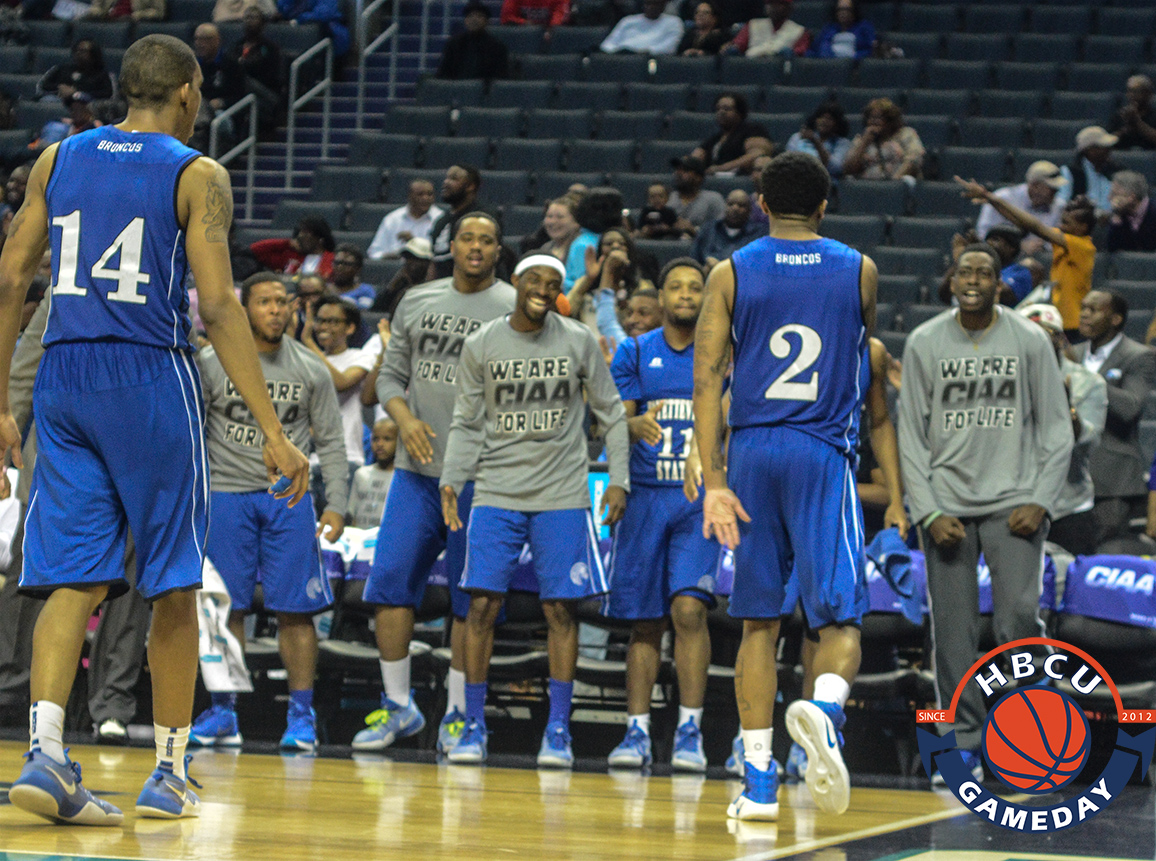 CHARLOTTE– Fayetteville State weren’t the favorites coming into their matchup against Shaw but it showed everyone the games are played on the hardwood, beating its Southern Division rival 56-49 in a hard fought game.

Both teams struggled to find their offense in the first half. The Bears shot just 20 percent from the field and the Broncos were not much better shooting 28 percent. Red-shirt sophomore William Tibbs left his mark on the game; almost getting a double-double. Tibbs had 12 points, nine rebounds, three assist, three blocks and one steal. Tibbs took home the Player of the game Award.

The theme of the first two games was rebounding. The two teams who won out-rebounded their opponent. The Broncos outrebounded the Bears 40 to 29. Yet, another game came down to free throw shooting. The Broncos shot 83.3 percent on their free throws in the 2nd half while the Bears shot a mere 63.6 percent after shooting 100 percent in the first half.

Fayetteville State will play defending champion Virginia State on Friday at 9pm as they try to ride this momentum and make it to the championship game.