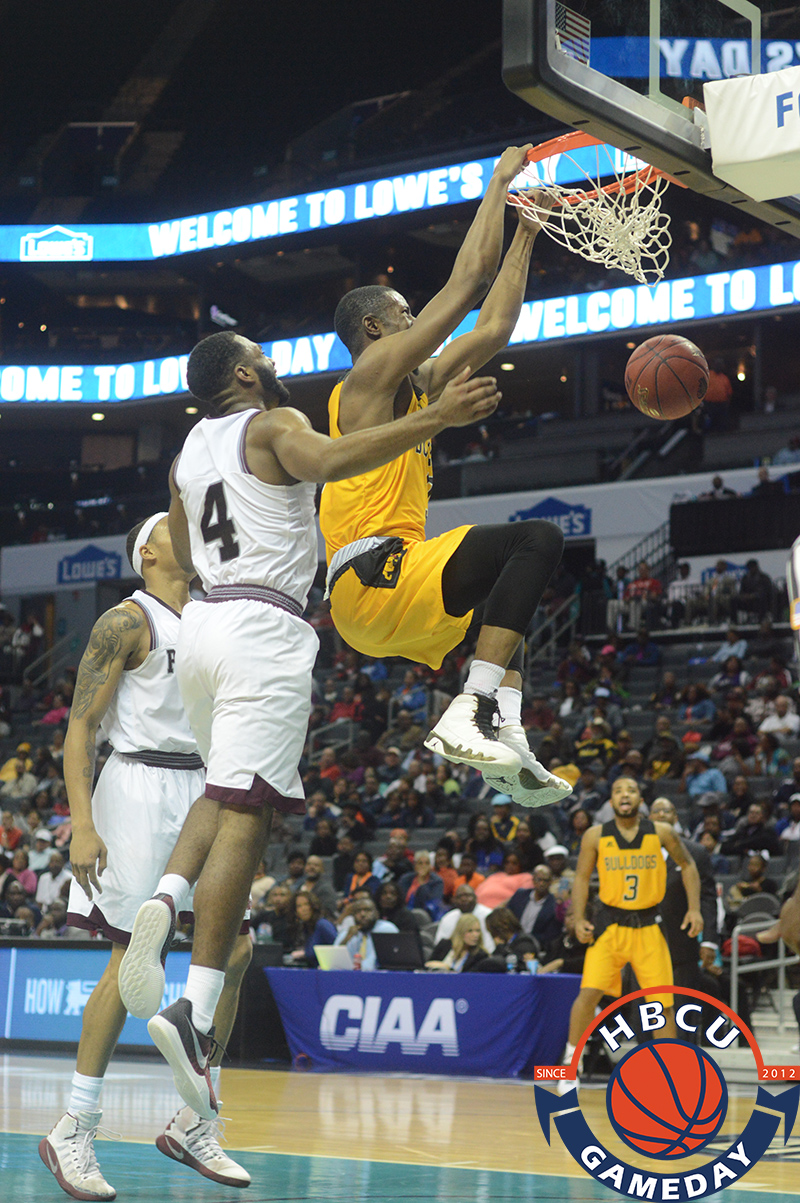 CHARLOTTE– It is hard to beat one team three times in a year, and Bowie State showed why by beating Virginia Union 84-78 in the quarterfinals of the CIAA Tournament.

Omari George was a scoring machine in this game. The sophomore guard had 24 points, five rebounds, and one assist for BSU. He shot 69 percent from the field and 75 percent on his free throw attempts. The CIAA Player of the Year, Ray Anderson, did his best to keep the Panthers in the game late but it was not enough. Anderson ended with 23 points, six rebounds and three assists in the last CIAA Tournament of his career.

When you upset the no. 1 seed! AYE AYE AYE AYE BOWIE! @BSU_Sports_Info pic.twitter.com/zf572wo7Oj

//platform.twitter.com/widgets.jsThe Panthers came out with a good flow to their offense, but the Bulldogs just kept hanging around.

Then the Bulldogs started looking like the team with the fresh legs. They pushed the transition, and the Panthers began to struggle on the offensive end.

The Bulldogs will play Livingstone College Friday at 7 pm with a berth in the CIAA Championship Game on the line.

CIAA Tournament Livestream: Day One
You can’t ask for a better HBCU representative than Miss Lincoln University
To Top
X