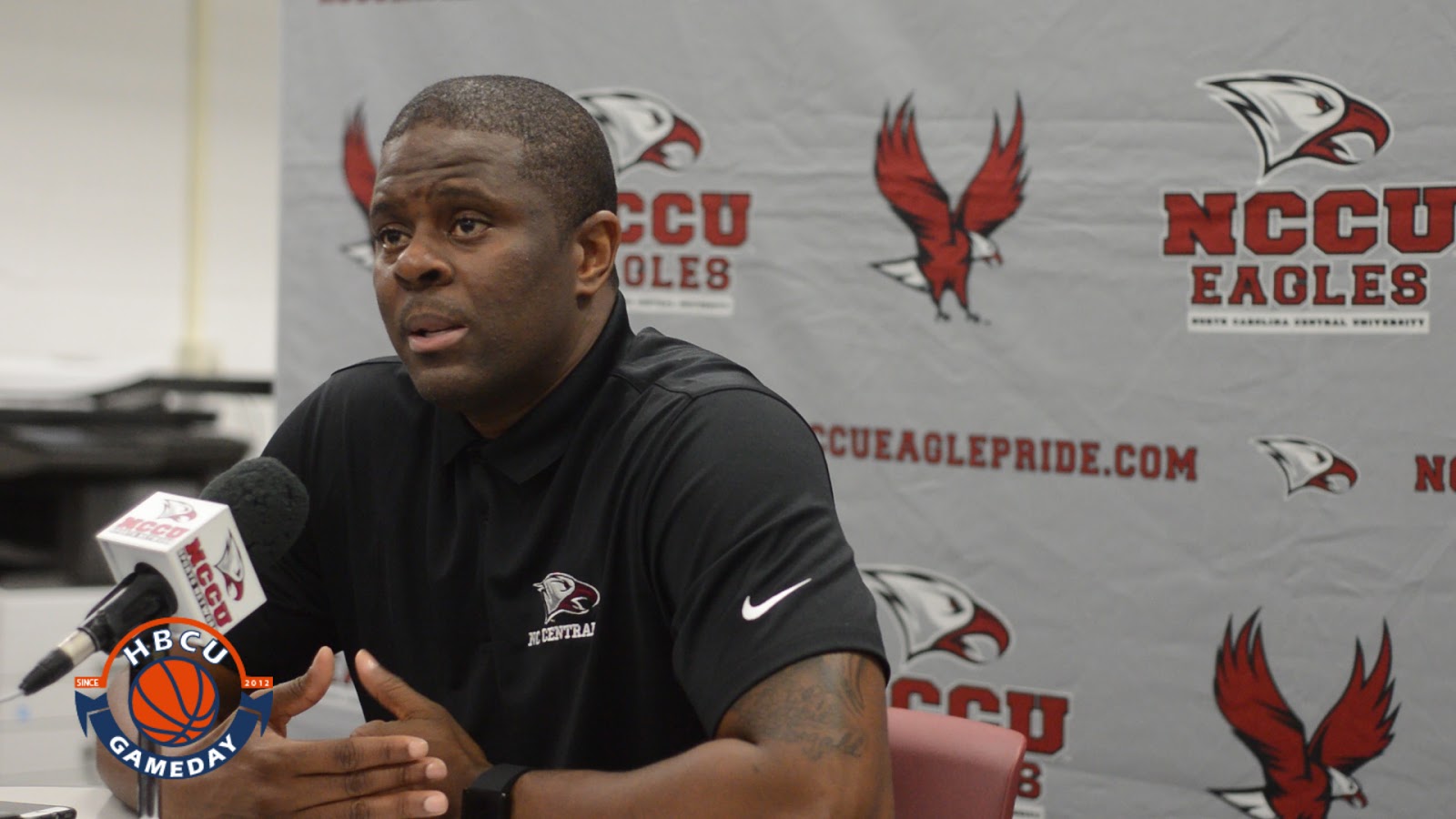 North Carolina State is in search of a head basketball coach after firing Mark Gottfried on Thursday. The proverbial third wheel in the Triangle’s ACC basketball world is in need of a fix after several seasons of mediocrity, and we just might know the guy.

Just down I-40 in Durham sits a man that just might be the answer to NC State’s woes. His name is LeVelle Moton and he’s currently the coach at North Carolina Central. Here are three reasons NC State should give him a look.

Though he was born and spent part of his childhood in Boston, Moton moved to Raleigh as a child and has called the Triangle his home for most of his life. He was a star guard at Enloe High School, and he told HBCU Gameday he almost ended up signing with NC State out of college to play for coach Jim Valvano, but decided against it when he learned they were about to be sanctioned by the NCAA.

Not only did he play basketball in Raleigh, he also coached at Sanderson High School after finishing up a pro career overseas. He’s about as Raleigh as you can get, and that’s not a bad thing for a school that has to compete against North Carolina and Duke for some of the best talent in the state as well as nationally.

2. He’s young, but experienced
At the tender age of 43, Moton is a stark contrast to the other two coaches on Tobacco Road, Roy Williams and Mike Krzyzewski in terms of age. He’s a part of the first hip-hop generation (he actually wore a hightop fade like many players do now). He’s active on social media. And he’s fashionable. All of those things might sound frivolous to some people, but as a teenager who has seen college coaches parade in and out, Moton will definitely leave an impression.

After @collegeinsider ranked @NCCU_MBB coach @LeVelleMoton No. 3 in Fashion Power Index, he breaks out this jacket tonight. Making moves? pic.twitter.com/GU8Wu1yxSX

//platform.twitter.com/widgets.js He’s more than a decade removed from playing overseas, but he also still looks like he can step out on the court and show his players a thing or two.

Of course, when it comes to basketball, this is the most important thing of all. You can be a hometown guy, you can be Mr. Cool, but you’ve gotta win. Moton’s track record says he can do that. He’s won almost 60 percent of his games overall, which is impressive given that NCCU, like other HBCUs, have to play “money games” during the non-conference schedule which often see them play against Power Five teams with much bigger budgets.

And, of course, he’s dominated in conference play. NCCU is 73-18 against MEAC teams since rejoining the conference and joining Division I for the first time. Take away last year’s 7-9 mark and Moton’s teams have lost just nine conference games in five seasons. And six of those came in 2012.

His teams have beaten some of those Power Five teams, including NC State in 2014 and Missouri this year. And that’s just on NCCU’s budget, Imagine what he could do with the resources at NC State.

No doubt it is a big jump from the MEAC to the ACC. And there’s no reason to believe Moton would even leave NCCU to go to NC State. After all, he is an NCCU alum and well-loved and liked by all involved with the program.

But if you’re NC State, you have to at least give him a good look. They might end up with a quality head coach without having to sit in traffic at RDU.