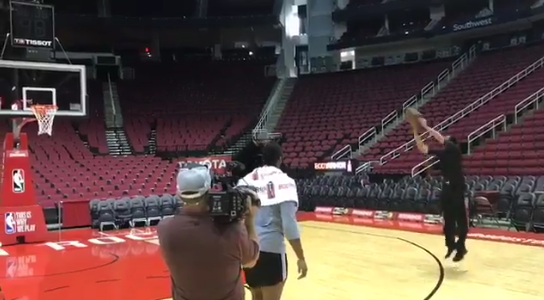 In just over a week, Stephen A. Smith will be inducted to the CIAA Hall of Fame. But it won’t be because of his short stint as a basketball player at Winston-Salem State, and he just showed us why.

The journalist-turned-columnist-turned ESPN personality showed up in Houston and ended up on the court with Rockets superstar James Harden recently and proceeded to show that if he ever really had “it,” “it” is now long gone.

//platform.twitter.com/widgets.js Smith showed up at WSSU from Queens, NY in the late 1980s to play basketball for legendary coach Clarence “Big House” Gaines. A knee injury slowed down his basketball career, but helped catapult his journalism career. Reporters from the Winston-Salem Journal took Smith under their wing, and the rest is history. He later joined the New York Daily News as a reporter and was eventually given the rare honor becoming a general sports columnist at the Philadelphia Inquirer after consistently breaking news on the NBA beat. 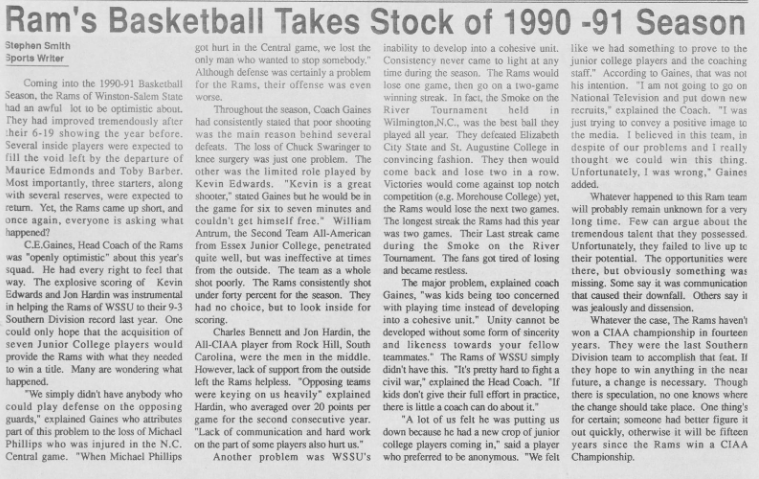 Gaines encouraged Smith to pursue journalism, even when he wrote that the coach needed to retire in The News Argus, the student newspaper. He explained it to Jimmy Kimmel last year.

Twenty-five years later, Gaines is gone, but his impact lives on in part through Smith’s success. And no doubt, when Smith joins the HOF as a contributor on Feb. 24, he will credit Gaines as he has many times before. And he’ll have to admit that Gaines was right to encourage him to stick to covering sports instead of playing them.