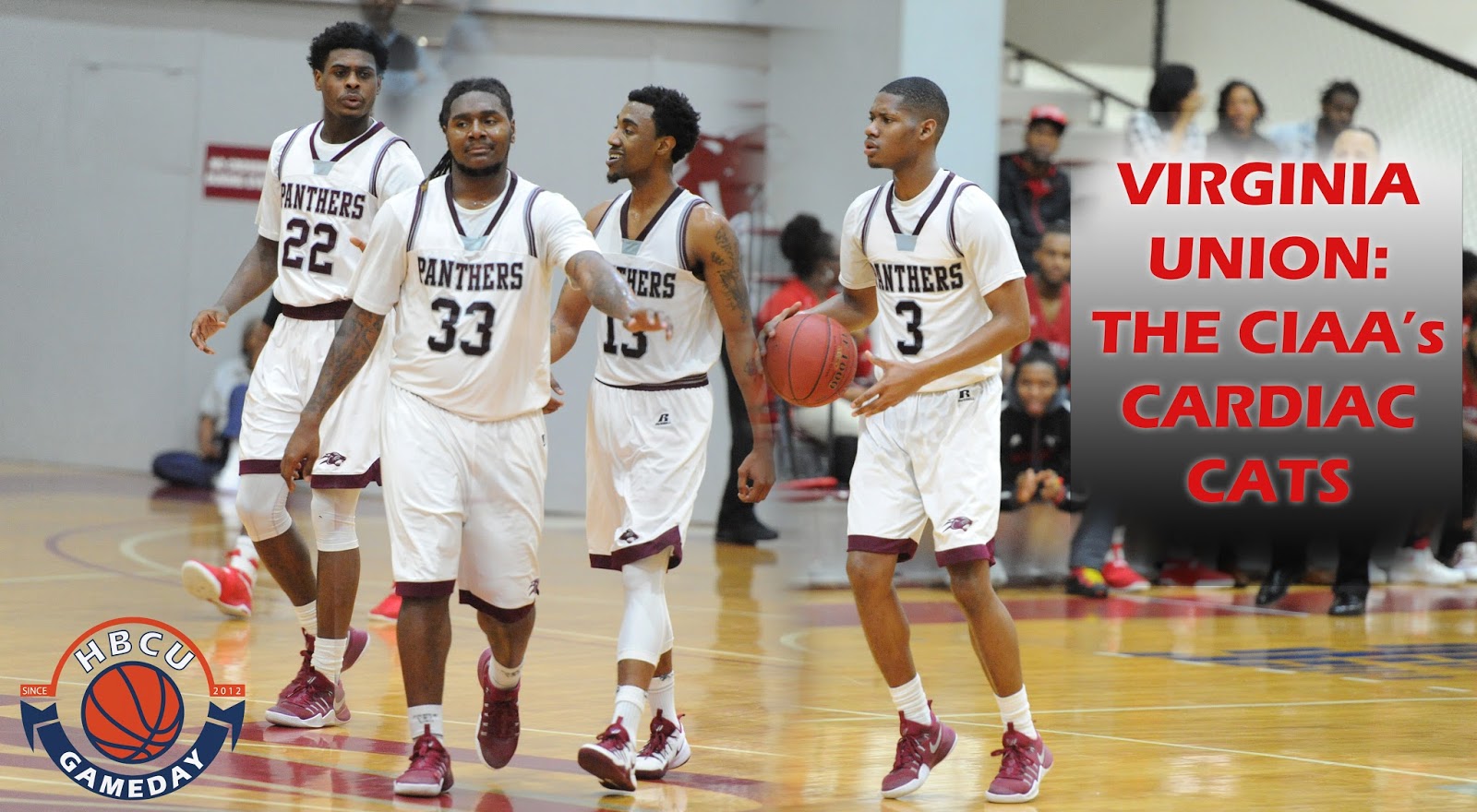 The Virginia Union men’s basketball team has been living life on the edge in the past few weeks. It’s safe to say VUU fans have been on a series of roller coaster rides this January. Five of the Panthers’ seven wins this month have been decided by two points or less.

It started when William Jenkins hit one of two free throws with 1.8 seconds remaining in the game against Winston-Salem State in Richmond. Then there was Tavon Mealy’s tip in at the buzzer in Raleigh against Shaw. But the life support didn’t end there. In Fayetteville, freshman Josh Bryant lead the Broncos with a personal season high of 23 points, but missed a game tying free throw rebounded by Ray Anderson allowing the Panthers to end things in regulation.

In short, the Panthers three wins the first week of January came by a combined four points.

Things settled down the next week, with back to back wins against St. Augustine’s and Livingstone College. Both wins came by eight point margins; cushion that the Panthers probably forgot existed.

Prior to VUU’s January 15 matchup against rival Virginia State, it managed to remain undefeated in conference play highlighted by a five game winning streak leading the charge in the northern division. Virginia State had other plans and didn’t give VUU the opportunity to flex their muscles down the stretch. That win  ended VUU’s streak and allowed VSU to take the top spot in the CIAA North.

Three days later the Panthers were back on the prowl at home, same narrative, but the hunt was intensified in an overtime battle where Mealy rose to the occasion again, scoring at the rim to outlast Bowie State in the final seconds.

Saturday the plot thickened for Virginia Union as they fought to secure a double-overtime victory against Lincoln. Once again, Mealy put on his cape and bought the Panthers more time after grabbing a rebound and putting it back up to send the game into OT. Kory Cooley hit a three pointer to send the game into double OT and then Anderson split a trip to the line to stamp the 76-75 win and improve the team’s record to 15-5. (Note: 16-5 after Wednesday’s win over Elizabeth City State.)

“No matter how much we’re losing by or how much we’re winning by we won’t let anyone outplay us. “We believe in ourselves and we had to lose more than we love to win. That’s the difference between them and us.”

One thing that’s for certain is VUU has demonstrated its ability to keep the main thing the main thing and make every second count until the win is in the record books. But, is VUU worried about close calls?

Not really, according to head coach Jay Butler.

“Winning the close games early in the year will allow us to be ready at the end of the year to close out games,” Butler said. “Hopefully we can be prepared for that type of situation around CIAA Tournament time.”

VUU has proven their ability to get last second shots and defensive stops to win games. That could be huge, come to tournament time, or it could come back to bite them. Only time will tell.