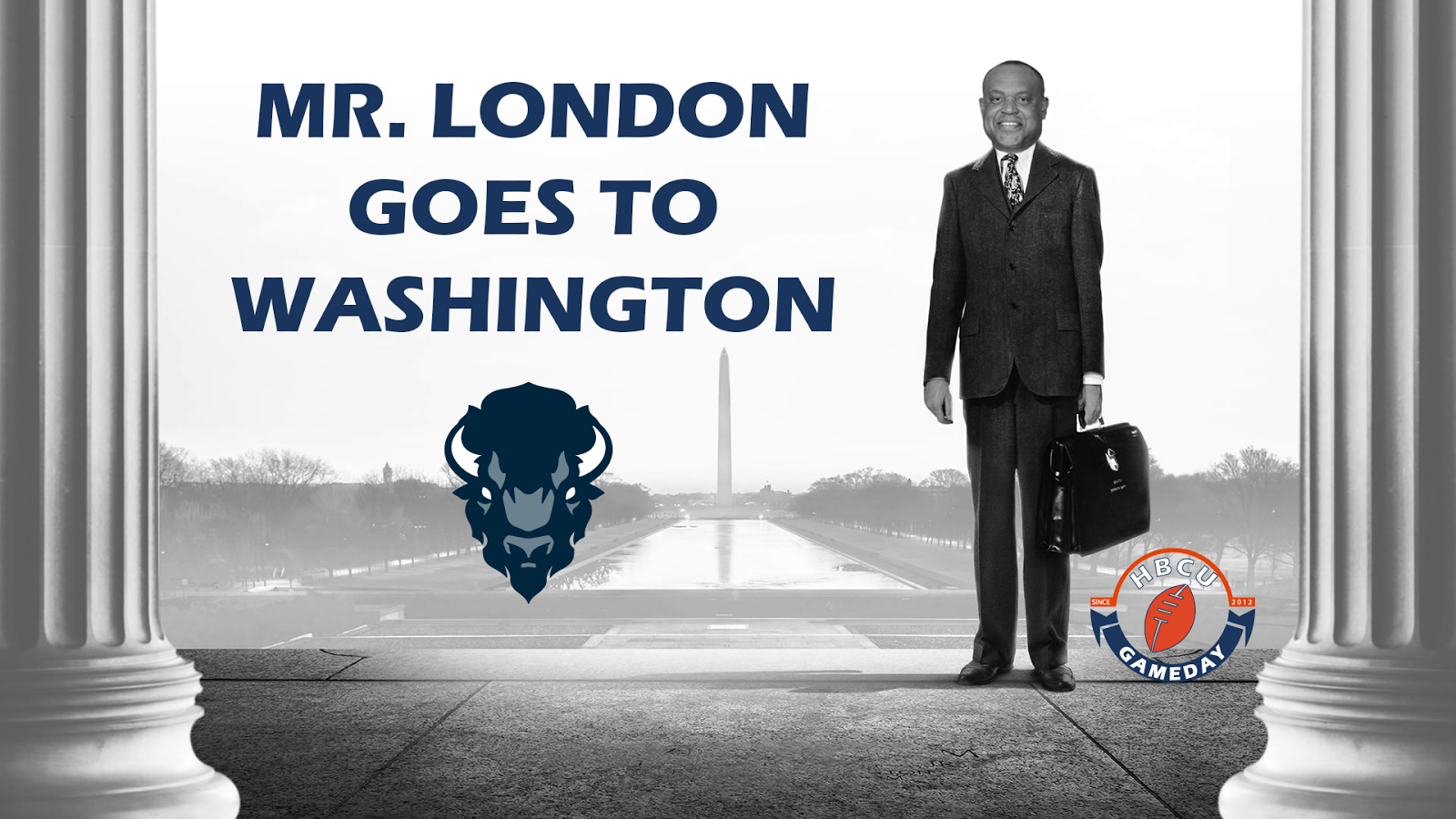 The transition of power is now official in Washington, D.C.

Well, at least one of them.
Mike London was officially introduced as Howard University’s newest football coach on Monday. The former Virginia coach has been handed the reigns of one of the nation’s most historic HBCUs and one of the most disappointing programs in black college football in recent years.
London, who was previously defensive line and associate head coach at Maryland, said he wasn’t initially interested in the job, but HU Athletic Director Kerry Davis’ intense pursuit made him take a serious look at the university.
“He is a persistent man,” London said of Davis. “You check my phone records, I don’t know how many times we talked to each other. But there’s something about the vision that Kerry shared that (Howard President) Dr. (Wayne A.I.) Fredrick had in terms of this opportunity here.”
Like any new coach (or politician, for that matter) London expressed his intent to turn Howard into a winner, both on the field and off the field.
“We’re here to win championships. We’re here to win on the field. We’re gonna win off the field, and we’re gonna win in the community,” London said.
“You’re looking at a man who has won games, won championships, but has lost as well. That’s part of life, winning and losing. But it’s how you handle yourself in those situations.”
Much of London’s speech, though, had more to do with building a program that measures up to the university’s overall legacy of excellence.
“The people that have come from this university, that have walked the grounds here — outstanding. The national, the global recognition that this university has — outstanding. So Howard can have the best of both worlds in terms of the academic presence that it already has. Howard can have athletic programs that aspire to be as good as anybody else that’s out there.”
London spoke directly to the student-athletes in attendance at the press conference, encouraging them to go to class, show class, pull up their pants and comb their hair.
“I look forward to graduating our student-athletes, because the terms “APR” are important. The terms “GPA,” are important. The term GSR, that’s important. Those things will become higher and higher as we move forward,” London said.
Can It Work at Howard?
London comes to the Hilltop with solid credentials. He’s coached at the FBS level. He’s won a national title at the FCS level with Richmond, which is where Howard plays. However, there is little debate that London has his work cut out for him. Steve Wilson (78-67) is the only coach to have left the school with a winning record since 1982. London’s predecessor Gary Harrell went 20-36, or 26-42 if you count the season Rayford Petty coached for him in 2013.
Not only that, but Howard’s academic standards and dated facilities present a major challenge, even for a coach of London’s caliber.
While London didn’t spend a lot of time talking about those obstacles, he did acknowledge that they were there.
“We live in a society that is quick to point out what are deficiencies are. But if you surround yourself with a group or an organization that says ‘let’s operate in our strengths,’ then whatever a deficiency may be will start to diminish,” London said.
“Because the strength of everyone else operating in their strengths crowds out the negative thoughts. Why would you go there? Well, why not? Crowds out ‘well, look at the facilities,” he said. “Look at the facilities, but look what’s going on. Because Dr. Fredrick and Kerry Davis are committed to the athletic program.”
Over the years, Howard’s dedication to athletics, particularly as it relates to funding them at the Division I level, has been questioned. If the London era is to succeed, it will be because he was given the tools to do so. That’s something that hasn’t happened in a while, but perhaps that is set to change given how vigorously Howard pursued London.
London’s success, particularly at the FCS level, will demand the type of attention that most HBCU coaches aren’t afforded when approaching recruits. But it will take more than just a big name at the top to build a successful program. HU will have to open the bank to allow London to build a coaching staff that can not only go out and execute on Saturdays, but sell the university to potential recruits that could turn the program around.
“I look forward to the opportunity to wear this hat with pride,” London said as he closed his first press conference as HU coach. “It’s a new era.”
Long-suffering Howard fans can only hope so.