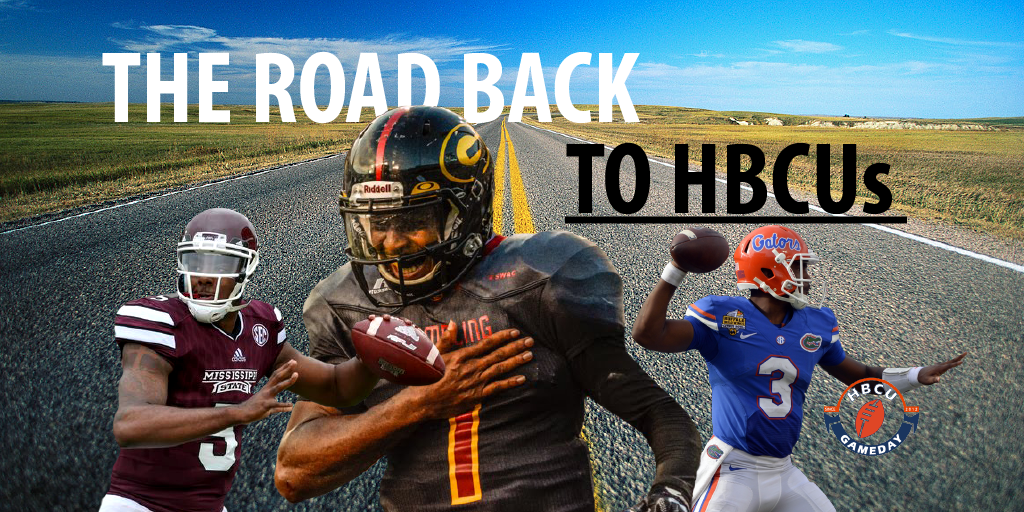 It’s been almost a month since it happened, but the vision is still clear in my head. Can still see De’Vante Kincade  circling around the Georgia Dome signing autographs, taking selfies with adoring fans and looking into my camera, bragging to the world about how great of place Grambling was after winning the Celebration Bowl and leading his team to a black college football title.

This week, two more former SEC quarterbacks announced they were taking their talents to HBCUs.

Former Mississippi State quarterback Elijah Staley will be moving to the MEACas he joins Morgan State. Staley played sparingly at Miss. State, throwing just five passes in two seasons before leaving prior to the start of the 2016 season.

Tennessee State looks to have found its SEC signal caller this week as former Florida quarterback Treon Harris’s father said his son will use his final two seasons ofeligibility at TSU. The Miami product played in 21 games at Florida, throwing for 18 touchdowns and 10 interceptions. Like Staley, he also left his former program prior to the start of the 2016 season.

So the question is: Has DeVante Kincade’s success opened the eyes of FBS quarterbacks looking to get on the field?

Kincade, one of the top dual-threat quarterbacks coming out of Dallas’ Skyline High School, spent his first three years at Ole Miss before transferring to Grambling last year. He and the team thrived, as he threw for 30 touchdowns and just four interceptions while leading GSU to an 11-1 season, winning the Bayou Classic, SWAC Championship and Celebration Bowl in the season’s final three games, all of which were in front of national television audiences.

Surely Kincade is not the first former SEC player to come to an HBCU to play quarterback. Tarvaris Jackson moved from the SEC (Arkansas) to the SWAC (Alabama State) more than a decade ago and ended up with a long NFL career.

But Kincade’s success, as well as his eagerness to promote the Grambling brand, and by extension the HBCU brand, is likely to have made an impression on both these young men.

For decades, we’ve heard about how the SEC and other FBS conferences have tapped the veins of talent that the SWAC and other HBCU conferences once thrived on.

To be sure, it’s not an exact exchange. None of these players were lighting it up at their original schools, but that’s okay. You don’t need a starting-level SEC quarterback to win at the FCS or Division II level. In any event, though, it looks like talented signal callers are willing to give black colleges a look, at least as a second read.

We’ll have an extended discussion about this on the next edition of the HBCUGameday Podcast this week.