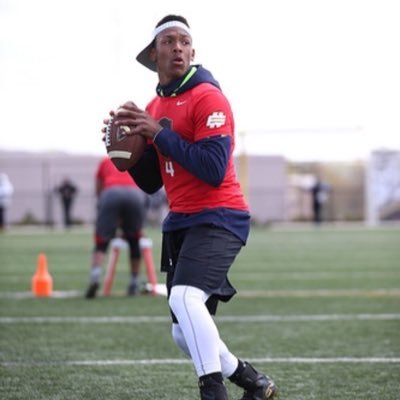 Howard University may not have a football coach just yet, but it appears to have found a candidate for its quarterback of the future. Caylin Newton, brother of NFL MVP Cam Newton, announced on Thursday that he will be enrolling at Howard for the spring semester.

“I am extremely blessed to be attending Howard University for this upcoming Spring semester!” he wrote on Twitter. “On to the next chapter in my life! #TherealHU”

I am extremely blessed to be attending Howard University for this upcoming Spring semester! On to the next chapter in my life! #TherealHU pic.twitter.com/NSVq4ULKpk

//platform.twitter.com/widgets.jsNewton just completed his senior season at Atlanta’s Grady High School. He’s 5’11, 185 pounds and compiled over 4,300 total yards and 46 touchdowns as a senior.

Listed as a two-star athlete by 247Sports.com, Newton had offers from four other schools, including three HBCUs. Among them were Howard’s archrival, Hampton, as well as Tennessee State where his oldest brother, Cecil Newton Jr., played his college ball. Cam Newton, of course, started his career at Florida and finished at Auburn with a stop at Blinn Junior College in between.

Howard finished 2-9 last season and will have a new football coach as Gary Harrell’s contract was not renewed.