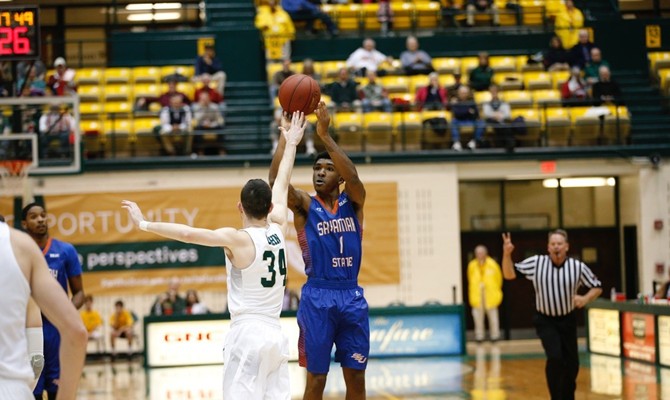 If their first conference game was any indication, Savannah State may end up being the most exciting MEAC team to watch this season.

SSU opened conference play with a 104-91 win over Bethune-Cookman on Wednesday night.

The teams combined for a total of 70 3-point attempts, 41 of them launched by Savannah State. SSU connected on 12 of their attempts while BCU hit 11.

Leading the way was Robert Kelly Jr who scored 26 points on 11-for-11 shooting from the field. He also added 11 rebounds and two blocks for good measure.

Kelly was one of four SSU players to score in double figures. Troyce Manassa finished with 22 points while Dexter McClanahan and Zach Sellars finished with 18 and 16 points each.

MBB: This bucket by Robert Kelly, Jr., tied the game at 29 against Bethune-Cookman with 9:29 left in the first half. #HailSSU #MEACWBB pic.twitter.com/Pt78cmnGie