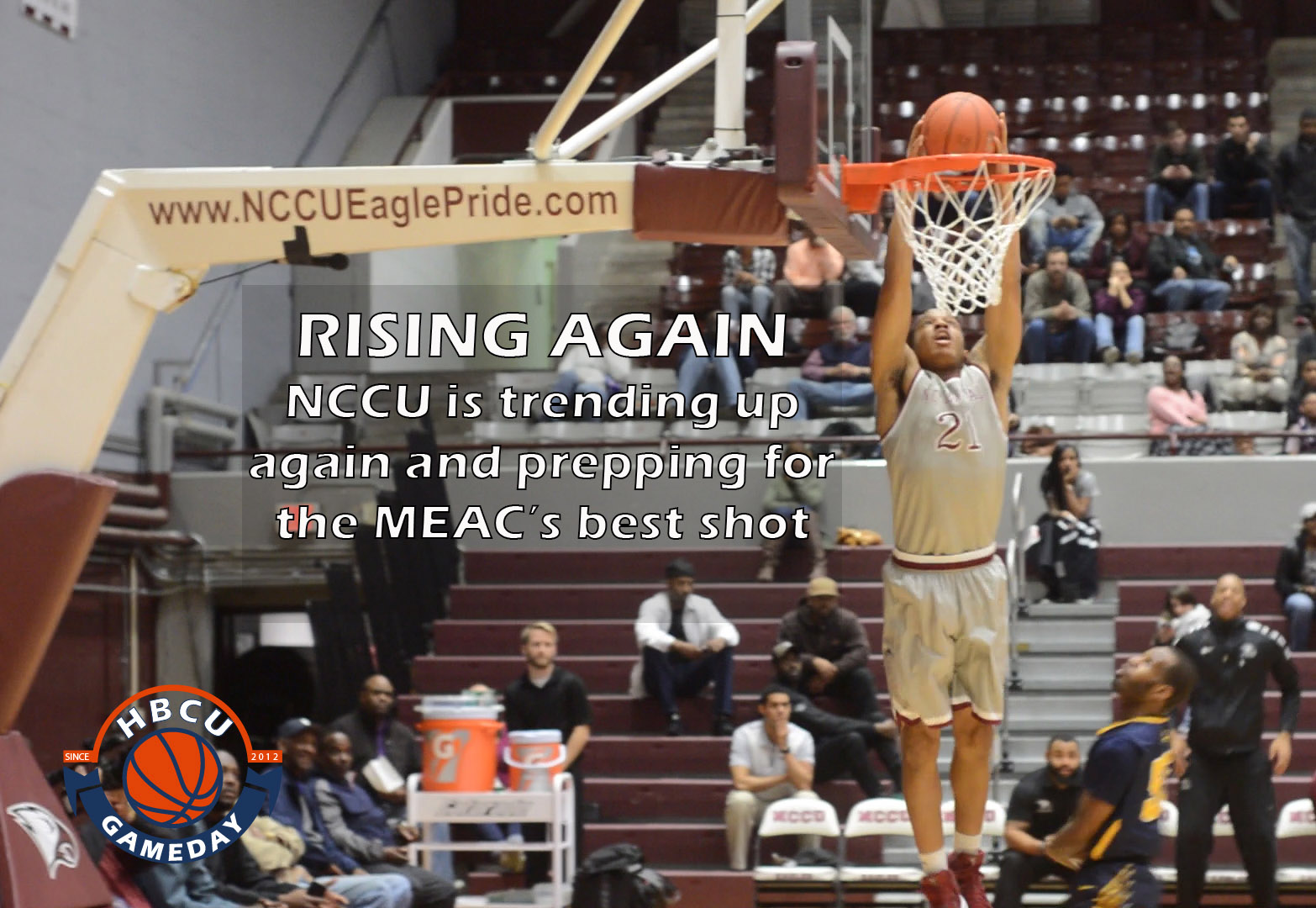 Regular season play kicks off in the MEAC this week, and North Carolina Central finds itself in the familiar position as the head of the pack.

Last season was a different story, however, as NCCU went just 7-9 in conference play. NCCU coach Levelle Moton says a big reason for last year’s struggles was his team’s inability to grasp just how bad other teams wanted to beat the program that had dominated the MEAC for most of their careers.

“We didn’t understand ‘why is this kid playing so hard right now?’ Because, your older brothers whose no longer here have beat that kid to death for three years,” Moton said last week.

“This year I have to do a better job of preparing them in the conference. It’s tough.”

Indeed, Jeremy Ingram, Emmanuel Chapman and Jordan Parks weren’t walking through that door last year. They aren’t this year, either, but Moton is hoping that his team has learned from last year.

NCCU will open up conference play against Maryland-Eastern Shore on Saturday with a 9-5 conference record. Moton says he hasn’t really paid attention to what the other teams in the MEAC have been up to during non-conference season, but pointed out that league favorite Howard been without a significant portion of of its scoring punch thanks to injuries. But he expects that to change as the stakes get higher.

“Everyone is preparing for conference play,” Moton said. “It’s 13 dogs chasing one bone, so it’s kind of a different year. Regardless of what you’ve done in non-conference, it’s only one team that goes from our conference and that’s the one that wins the tournament.”

https://www.facebook.com/plugins/video.php?href=https%3A%2F%2Fwww.facebook.com%2Fhbcugameday%2Fvideos%2F1037281386399757%2F&show_text=0&width=560
NCCU’s Patrick Cole has been the biggest star in the conference so far this year, averaging better than 19 points, seven rebounds and five assists per game this season. He missed both of the team’s mid-season tuneups against NAIA opponents last week while he was under the weather, but guard DeJuan Graf stepped up by averaging 25 points in those two contests.

Regardless of what has happened up to this point, NCCU expects team to get their best shot from each opponent in the conference.

“I know this year everybody is gonna play us tough,” guard DeJuan Graff said last week. “It’s gonna be their Super Bowl when we play them, so we just gotta be disciplined and more mature than them.”

Moton echoed his player’s sentiment about how other teams will play NCCU.