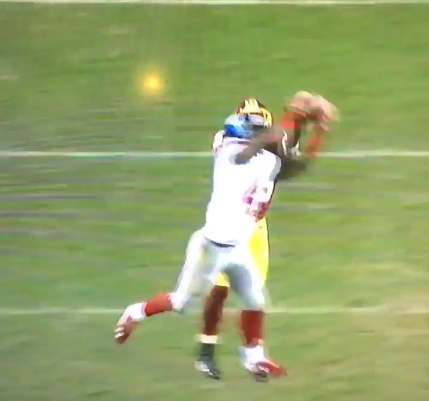 Both of Rodgers-Cromartie’s picks were costly for the Redskins. The first was a doozy as he stepped in front of a pass sailing out of bounds and managed to get both feet down while securing the ball.

The second pick, the 30th of his career, would be the proverbial nail in the coffin for the Redskins. The veteran defensive back trailed Pierre Garcon for much of the play before breaking on the ball at just the right moment and snagging the ball.

ALL THEIR HOPES. ALL THEIR DREAMS…Ripped away by @drc_41 pic.twitter.com/cmvbYdTs7b

The loss eliminated Washington from playoff contention while Rodgers-Cromartie and his New York teammates will continue dancing in the playoffs.