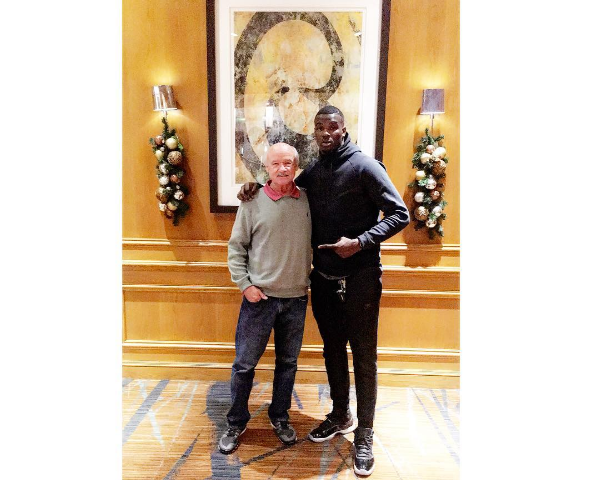 Derrick Griffin appears to have made his final Sportscenter Top 10 in a college hoops uniform. The Texas Southern star has signed with an agent and has confirmed with HBCU Gameday’s Robert Harris Jr. that he will be leaving school to prepare for a career in the NFL.

Griffin announced his new move via Instagram. He’s been making a lot of noise on the social media platform since TxSo’s last game, posing with fancy cars and giving out $100 bills, so this makes a lot of sense.
[inArticle]
The 6’7, 225 pound Houston native shined on both the football field and basketball court at TxSo. He caught 36 passes, averaging over 19 yards per catch and snagging 11 touchdowns as a redshirt freshman during the 2015 football season. He was even better on the basketball court, winning SWAC Player of The Year, Defensive Player of The Year and Newcomer of The Year.

He was dismissed from the football team after just one game in the 2016 season, reportedly due to a disagreement between he and an assistant coach. Griffin was averaging a double-double on the court this season for Texas Southern,and a consistent presence on ESPN’s Top 10.