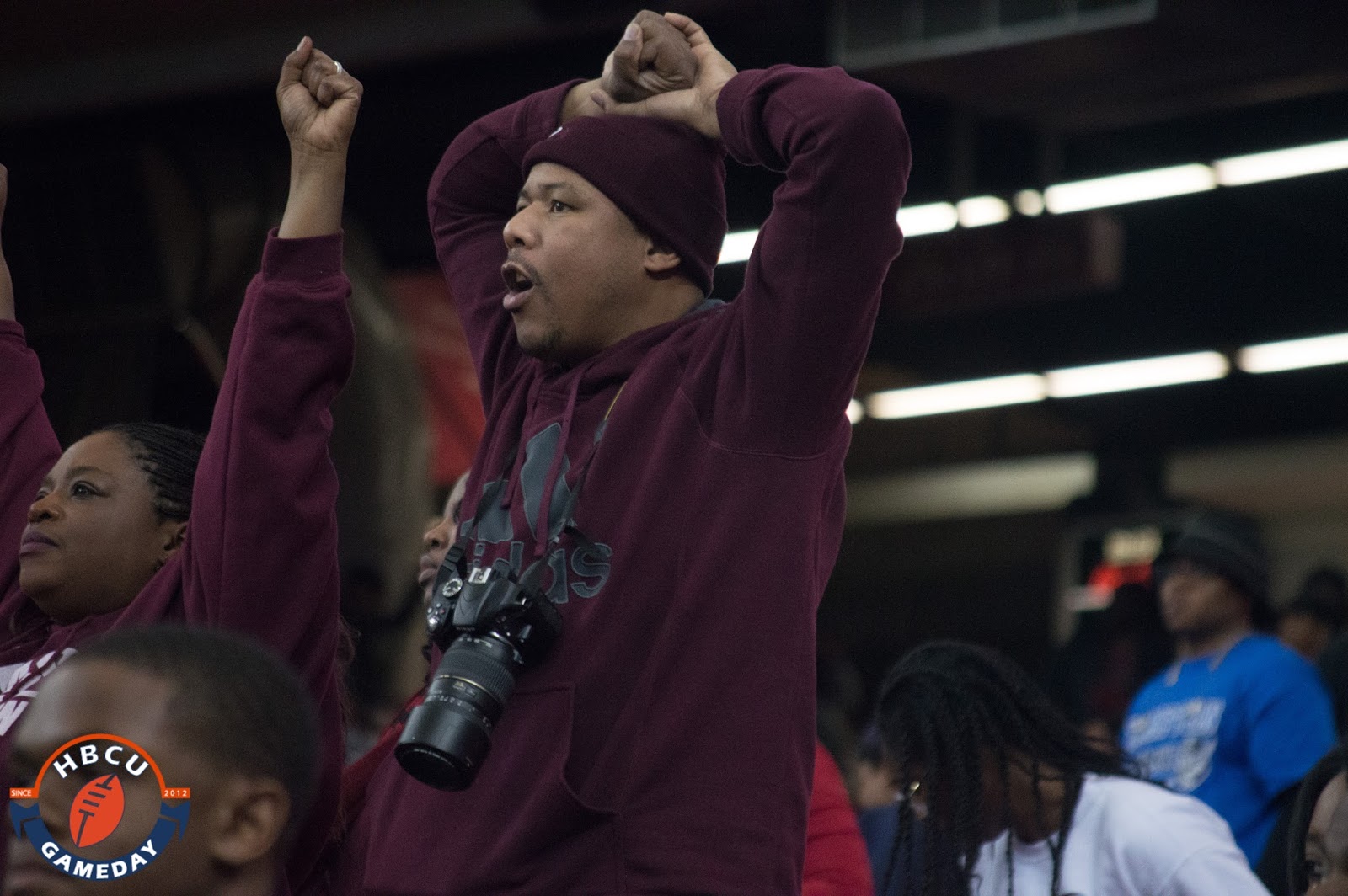 Much like the point total, the total attendance in the second annual Celebration Bowl took a downward turn over the weekend. And a lot of people noticed.

Officials reported 31,096 people watched Grambling State defeat North Carolina Central 10-9 in the Georgia Dome. That represented a dropoff of more than 4,000 fans from the inaugural game between North Carolina A&T and Alcorn State.

Some fans and media might have seen that as a problem, but apparently the folks in charge of the game aren’t too worried about butts in the seats.

“The important thing for us is eyeballs,” Celebration Bowl executive director John T. Grant told the media following Saturday’s game. “We get more impact for these schools when there are people watching it on TV. Last year we had almost 15 million people watching, and from what I’ve understood preliminarily, we’ll have more than that watching this year.”

It would be quite impressive if that turns out to be the case, as the 2015 game received a 1.89 rating, which outdrew 15 FBS bowl games. Grant pointed to the fact that the 2016 game was shown on the Armed Forces Network, which is seen in more than 140 countries.

He made it clear that at the end of the day, television audience, not attendance, will determine the success and future of the game.

“We had a great crowd here today, so we’re not looking to have 60-70,000. What we really want is to have a representative number from both schools and we had that. But more importantly we need an overwhelming number of eyeballs, because that’s how we can continue to invest in these universities through increasing the purses over the years.”

And there you have it. Simply put, this is a bowl game owned by a sports media company. Getting more fans in the stands would mean more to the participating schools, who get to keep whatever they make from their allotment of tickets, than it would to the folks in Bristol, Connecticut.

It’s a far cry from the primary big game model of HBCUs: the classic. Those games are usually put together by a team of organizers and rely heavily on ticket sales to gain sponsorship that allow them to secure funding to pay the programs involved and make a profit.

//platform.twitter.com/widgets.js ESPN, of course, isn’t out there on the front line counting tickets. As a multimedia giant, they make their money off selling sponsorships to big time corporations like Air Force Reserve and Coca-Cola, getting numbers that its predecessor, the Heritage Bowl, and others, couldn’t dream of.

The network’s reach gives this game exposure that no game featuring HBCUs could ever think of getting. After all, what better place to promote a sporting event than on a multi-billion dollar multi-media network that talks about sports 24/7?

They’ve got a solid gameplan. Once a year, the network gives HBCUs the big-time treatment, traveling to campuses to interview student-athletes, showcasing the band, and talks about the rich history of HBCU football.  The game also gets fairly consistent coverage/promotion from ESPN’s new African-American targeted platform, The Undefeated.

And the participating conferences, presidents and alumni revel in how great it is for the universities. The million-dollar payouts to the MEAC and SWAC are certainly beneficial to the two conferences, whose budgets are either near or at the bottom of Division I.

As long as the game keeps a solid TV rating, it will continue to stick around whether attendance looks bad on TV or not. But if they can’t pull in the ratings to justify ESPN demanding big money from sponsors, it could be over faster than you can drop a chrome helmet.