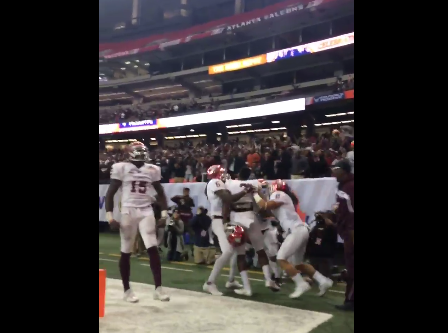 North Carolina Central will remember the final minutes of the 2016 Celebration Bowl for a long time. NCCU’s Quentin Atkinson caught a 39-yard pass from Malcolm Bell in the back of the endzone for a touchdown that brought his team one PAT away from potentially tying the game.

But Atkinson’s post catch celebration proved to be his team’s undoing. He was called for an unsportsmanlike conduct penalty for this:

//platform.twitter.com/widgets.js ESPN analyst and former Howard quarterback Jay Walker thought the penalty was unnecessary. What do you think?