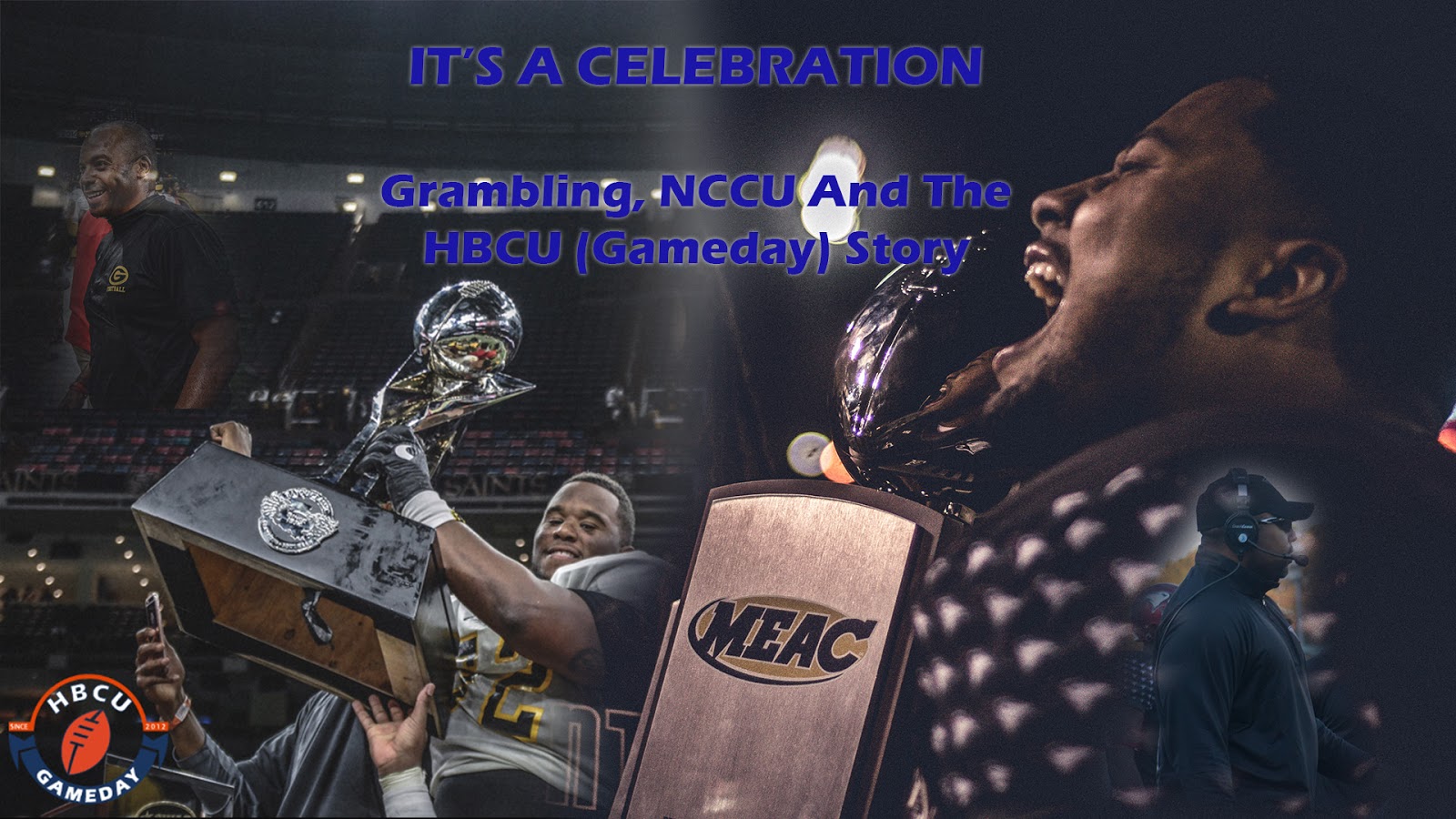 Take a trip back in time with me to the fall of 2013. HBCU Gameday was but a year old, a little less than that if you deduct our first couple of months as HBCU Sports Central.

I was working a job that had nothing to do with sports or journalism, but try as I might, those passions were impossible to squelch and by this time I had accepted this. It was during that time that I came across a set of stories that would be the beginning of HBCU Gameday as a national media platform and also help propel North Carolina Central and Grambling State to the 2016 Celebration Bowl.

The first story came in late August. NCCU, the first school to credential us a year earlier, was coming off a 6-5 record, its first winning season since transitioning to Division I a few years earlier. The man behind that season was Henry Frazier, a former Bowie State quarterback and coach that made a name for himself at Prairie View by turning them from a dormat to SWAC champion. He had NCCU fans optimistic that they would be able to make a serious run at the MEAC for the first time since re-joining the conference.

But that wouldn’t happen under Frazier as he was arrested, suspended, and ultimately fired after he was arrested for domestic-related charges for the second time in less than two years. (Those charges were later dropped.) Assistant Dwayne Foster took over as interim coach and did a pretty solid job considering the circumstances, leading the team to a 5-7 record that season.

A few weeks later and a dozen or so hours away from the Triangle, Grambling had some controversy of its own brewing. The program once known as “The Icon” was struggling heavily under its former legendary quarterback and Super Bowl XVII MVP Doug Williams, who was in his second stint as head coach at his alma mater. The team followed its 1-10 season in 2012 with an 0-2 start in the new season and then the unthinkable happened: Grambling fired Doug Williams.

If that had been the only headline of the season, it would have been devastating enough. Oh, but no, there was so much more.

Williams was replaced on an interim basis by George Ragsdale, which apparently did not sit well with the student-athletes. In late October, following an 0-7 start, news began to trickle out of northern Louisiana on a daily, and seemingly, hourly basis. First the team  walked out of a meeting with officials. Then they skipped practice. Then they refused to get on the bus to go to Jackson State, forcing Grambling to tell JSU there would be no homecoming game.

And then, the players told everyone why they were so upset with the situation at the school. Or to be more accurate, they showed the world. They released photos of torn, tattered and moldy weight room equipment which they were given to use despite traveling the country in buses to play in classic games to net the school big money.

Eventually, of course, the team would return to the field and finish the season under Dennis “Dirt” Winston.

Following frustrating 2013 seasons, both teams decided to go after young, first-time head coaches, and both hit it out of the park.

NCCU hired Jerry Mack at the ripe old age of 33, making him one of the youngest coaches in college football. He’s repayed them by putting up a 24-10 record, including a 21-3 record in the MEAC, as his team has shared the last two conference titles, and won this year’s out right.

Grambling also went with a first-time head coach, hiring former GSU running back Broderick Fobbs, a disciple of Robinson and son of former NC A&T football coach Lee Fobbs. All Fobbs has done is improve GSU’s record every season, going from 7-5 to 9-3 to 10-1 heading into the Celebration Bowl, claiming the program’s 25th SWAC championship.

As I type this in the early morning hours of Dec. 16, 2016, it’s hitting me just how much the rise of these two programs have helped us here at HBCU Gameday.

With solid reports on the ground from Sean Isabella of The News Star, along with social media monitoring and a few solid sources on the ground, Gameday established itself as a trusted source for news and information of HBCUs and their sports culture. Our timeline of Grambling’s fall from grace was picked up by Reddit. Roland Martin cited our site on his blog. To this day, if you search HBCU Gameday, Grambling content from that era is likely to come up near the top.

Before 10k Twitter followers. Before 17k Facebook likes. Before we were sending people to games across the MEAC, CIAA, SWAC and SIAC, covering the struggles and subsequent triumphs of these two programs helped us grow up fast.

NCCU’s coaching change and Grambling’s ongoing saga helped us to form our identity. We were, and remain, dedicated to providing news and insight into HBCU sports. Sometimes that means reporting on things that don’t necessarily put our schools in the best light, as it did in 2013. Three years later, however, both teams have come through the storms, and now we get to heap praise on them for pushing through obstacles, something that we can identify with.

Like Grambling and North Carolina Central, HBCU Gameday is on the verge of something great regardless of the outcome of Saturday’s game. Like HBCU Gameday, the future looks bright for both these programs.

The Celebration Bowl was created and named a year after NCCU and Grambling’s struggles, but this year’s matchup embodies what is worth celebrating about HBCU sports, the universities they represent, and the people who make them special.