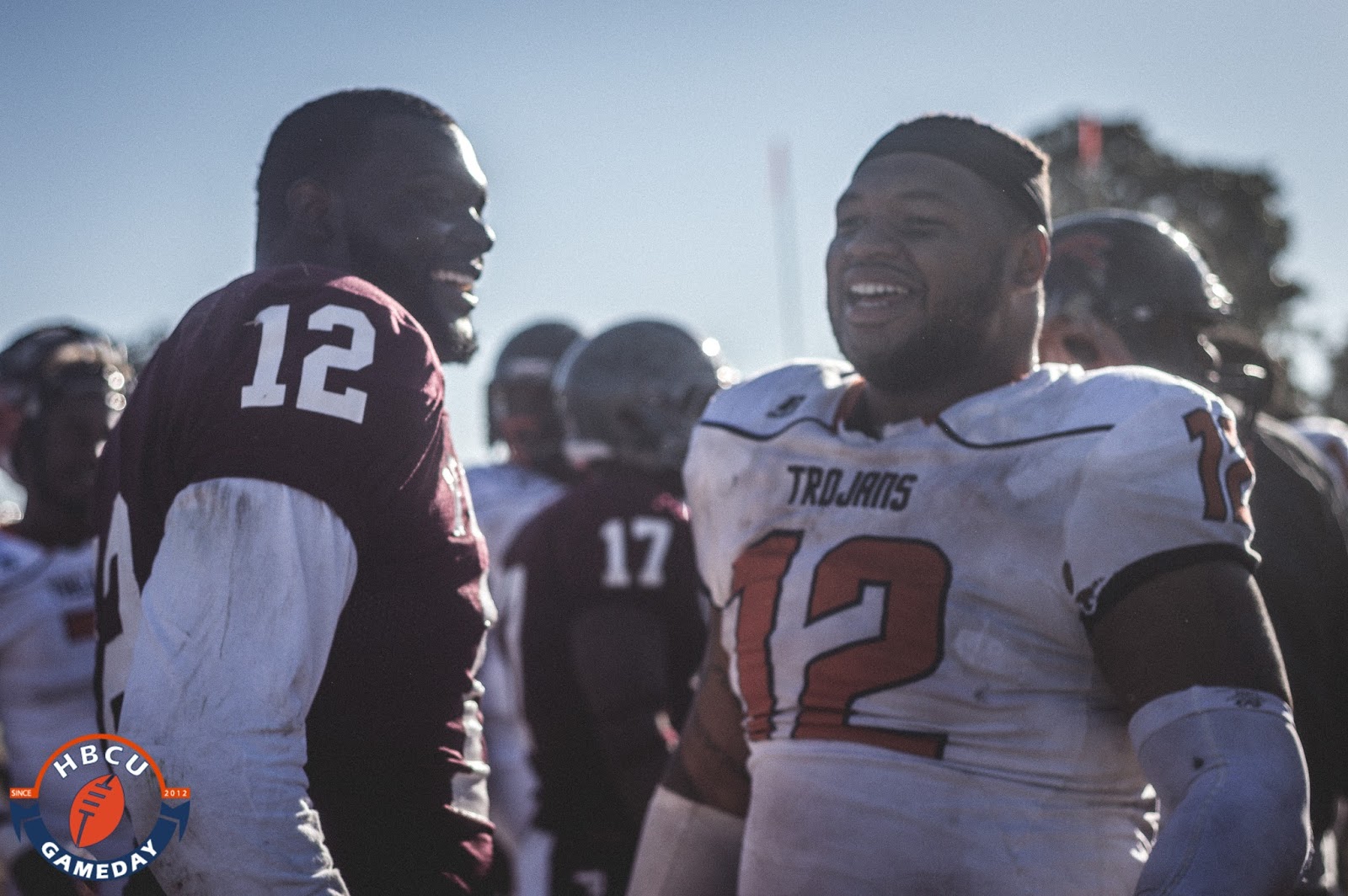 For the second year in a row a CIAA player has collected an award named after one of the conference’s most decorated alumni. Virginia State defensive end Bryant Frazier was named the 2016 Willie Lanier Award winner by the Richmond Touchdown Club on Friday.

The award is given annually to the best non-NCAA Division I athlete in the Commonwealth of Virginia. It is named for the former Morgan State football star who went on to become a Pro Football Hall of Famer after a stellar career with the Kansas City Chiefs.

Frazier finished with 14.5 sacks as a senior, setting a new Virginia State record. He also added 55 tackles in 11 games. He was named the CIAA’s Defensive Player of The Year and a first-team HBCU Gameday All-American.

“I love, love, love Virginia State University,” Frazier told Richmond.com. “It means the world to me. That’s my home. I’ve grown there as a man. From a boy to a man. And just to see HBCUs getting a little more recognition in the past is great. I hope it continues to be that way.”

Thank you Willie Lanier for presenting this award to me! The Lanier Player of the year award! Thank you Richmond Touchdown Club! pic.twitter.com/kJoYdmv7S9