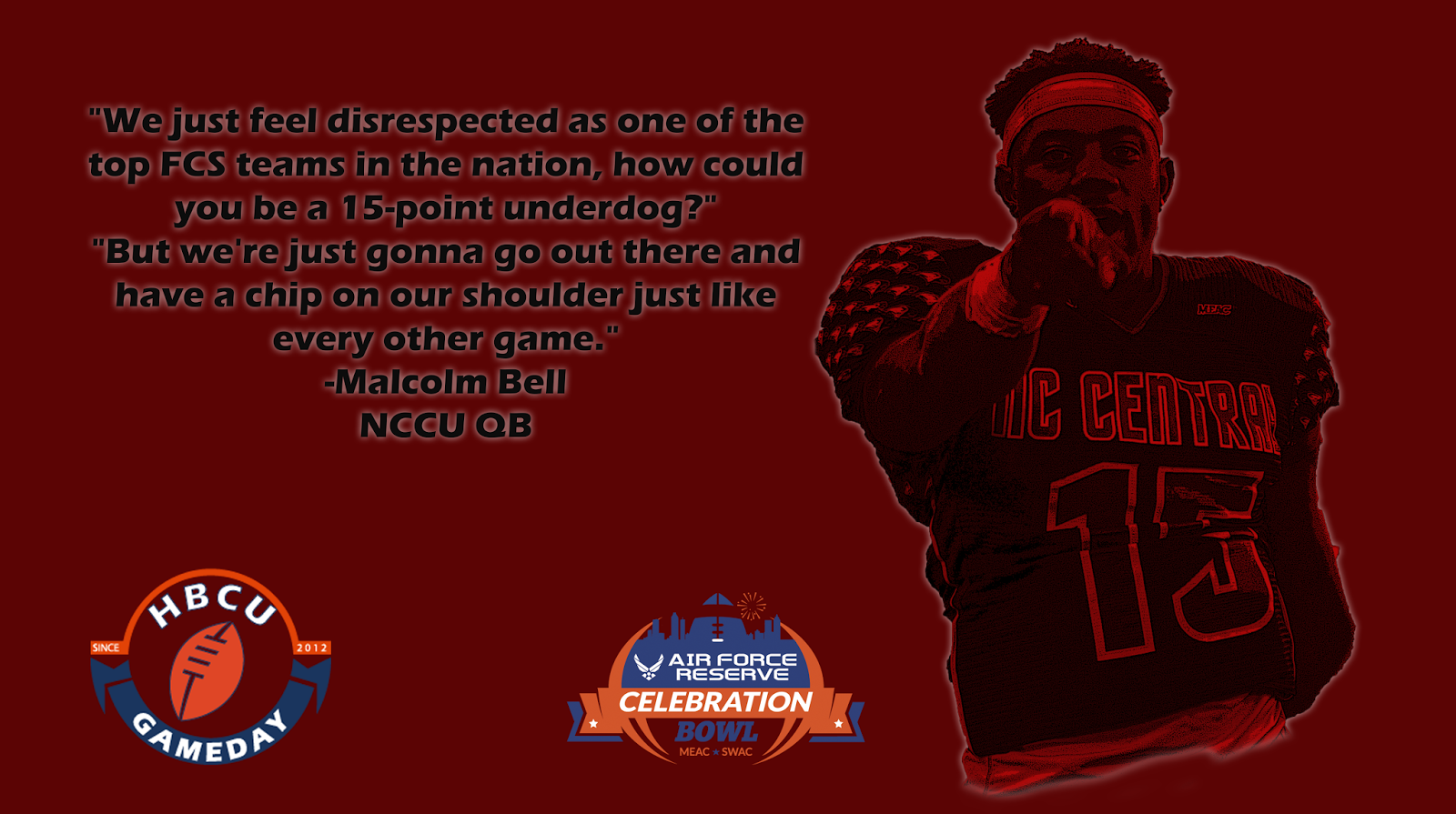 It’s not often that a team that just won its third-straight conference title says they feel like an underdog, but that’s where North Carolina Central is right now.

NCCU quarterback Malcolm Bell acknowledged that he and his teammates took offense at being a 15-point underdog against Grambling in  Saturday’s Celebration Bowl.

“We just feel disrespected as one of the top FCS teams in the nation, how could you be a 15-point underdog?” Bell asked at NCCU’s mid-week news conference in Durham. “But we’re just gonna go out there and have a chip on our shoulder just like every other game.”

This isn’t the first time the Richmond, VA native has talked about his team having a chip on its shoulder due to the way outsiders viewed them. He made similar comments last month after his team’s emphatic 42-14 win over North Carolina A&T to claim the MEAC title.

Bell, who recieved his undergraduate degree on Saturday, says he thinks the program’s status as newcomers to the FCS level has something to do with it.

“We’re the new kids on the block, so to speak, we haven’t been in the conference very long so people are still trying to say that we aren’t there yet, we haven’t arrived yet,” Bell said. “That’s just who we are are.”

NCCU head coach Jerry Mack agrees with his quarterback. The third-year coach pointed to preseason predictions and a lack of television time as evidence that his team hasn’t quite gotten its fair share of attention to this point.

“It’s been the same all year. We came into this season as the underdogs. Nobody gave us a chance. We were picked third in the conference. We didn’t receive any television games, so we’re just kinda used to it,” Mack said. “Any kind of momentum or any kind of things like that that our team can use is always good for our guys.”

Motivation aside, Mack says he and his staff are now solely focused on executing a plant to defeat the SWAC champs and bring NCCU its first HBCU national title since 2006.

“We can’t be concerned about a Vegas line or what someone says about us, we just want to make sure that we put our guys in position to be successful and we have them focused on game day.”