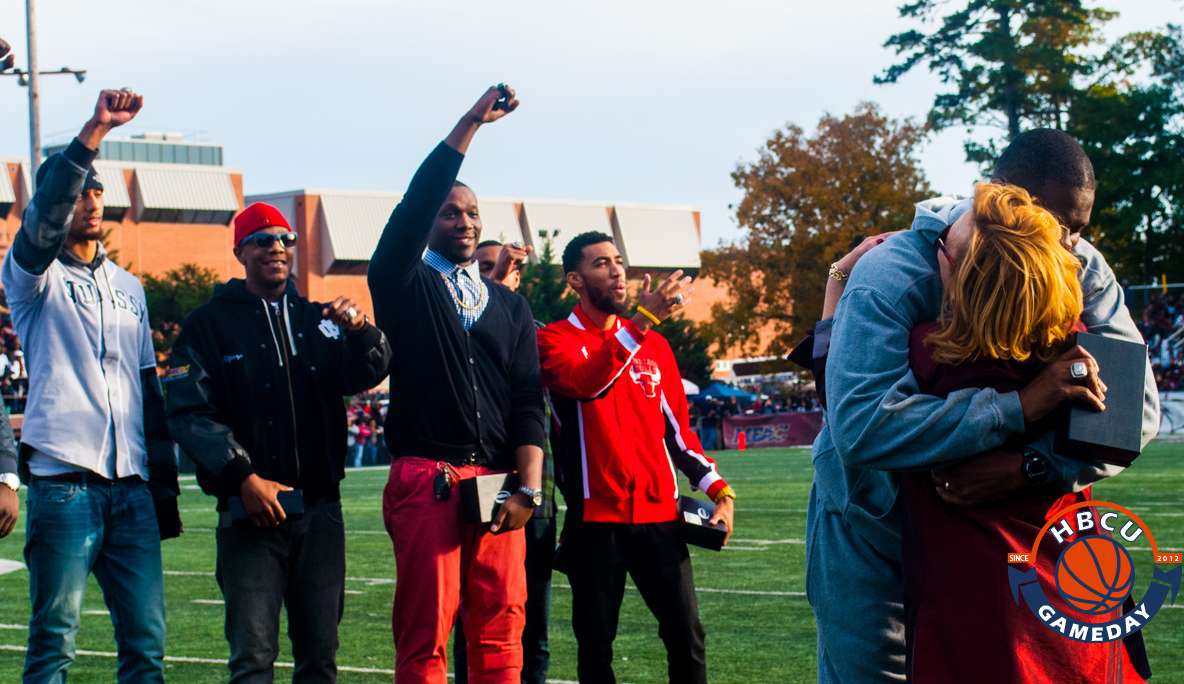 North Carolina Central is on a hot streak in hoops as the season’s first month comes to a close. Tuesday night’s 62-52 win over Misssouri was the team’s fourth in a row and first ever over an SEC opponent.

But NCCU’s basketball highs have been met with real-life lows as the team learned of the passing of chancellor Debra Saunders-White on Saturday hours before its game against Northern Kentucky. Saunders-White succumbed after a battle with cancer.

“Our kids been playing with a heavy heart all week,” Moton told the media after the game. “They were really close to our chancellor, as well as myself, and she passed away this week and its…its been tough.”

North Carolina Central coach LeVelle Moton got emotional after his team’s win over Mizzou. Said they wanted to honor their late chancellor. pic.twitter.com/RcsUkVaDbV

//platform.twitter.com/widgets.js
Patrick Cole, who was named the MEAC’s Player of The Week for the second time in a row on Monday, finished with 17 points, 12 rebounds and seven assists.

NCCU started the season 0-2, but has now racked up wins against Western Carolina, Jackson State, Northern Kentucky and Missouri.

//platform.twitter.com/widgets.jsMoton said the loss really hit home because he and Saunders-White were close.

“She was a fighter and I knew she would want to be…she would want us to fight for her,” he said. “We just tried to pay homage and honor this game for her.”

Well done, Coach. The Gameday family sends our thoughts and prayers to the NCCU family in their time of loss.