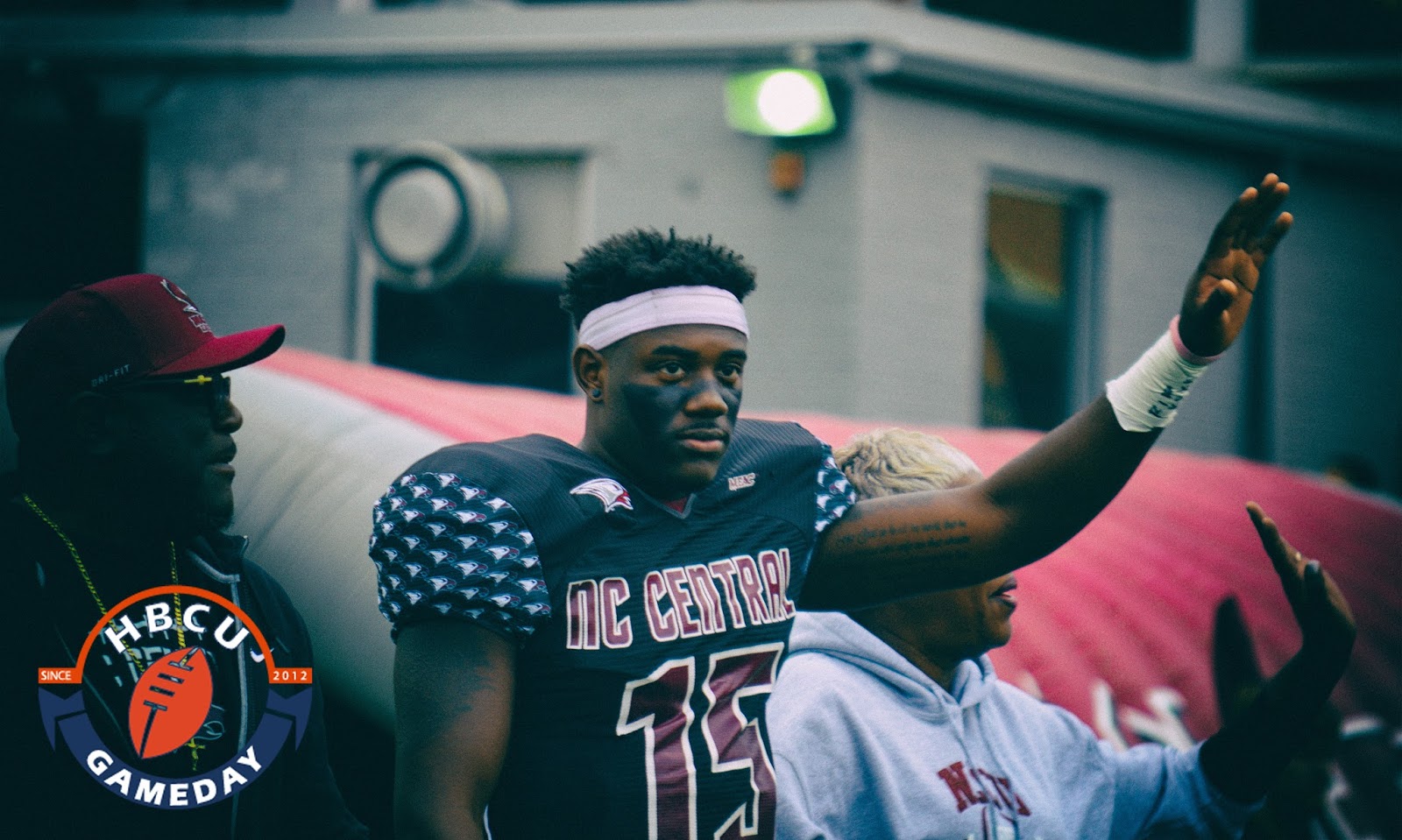 The mantra for North Carolina Central football in 2015 was “Leave No Doubt.” It took a little while longer than they hoped for, but Malcolm Bell and NCCU did just that on Saturday.

NCCU’s 42-21 win over North Carolina A&T gave the school its third win in a row over its archrival, and garned the first sole MEAC crown since the program’s first dip into the conference back in the 1970s.

Bell told HBCU Gameday that he and his team were mad that A&T got the bulk of the conference’s TV time and that the win was especially satisfying after having to share the title in 2014 and 2015.

https://www.facebook.com/plugins/video.php?href=https%3A%2F%2Fwww.facebook.com%2Fhbcugameday%2Fvideos%2F992155767578986%2F&show_text=0&width=560
It’s been a long road for Bell, who came to Durham under former coach Henry Frazier back in 2012. He never played for Frazier, who was fired by the school prior to the 2013 season. After playing in spot duty under interim coach Dwayne Foster as a redshirt freshman that season, Bell has come into his own under head coach Jerry Mack.

All season long, NCCU has flown under the radar of many in the HBCU football due to their rivals high-ranking, star running back and national television spotlight.

“I always feel like its our time when we play against these guys,” Bell told HBCU Gameday. “They were ranked high all year, they had TV games that we didn’t. It just made us mad, it made us hungry, and that’s what we showed out here today.”