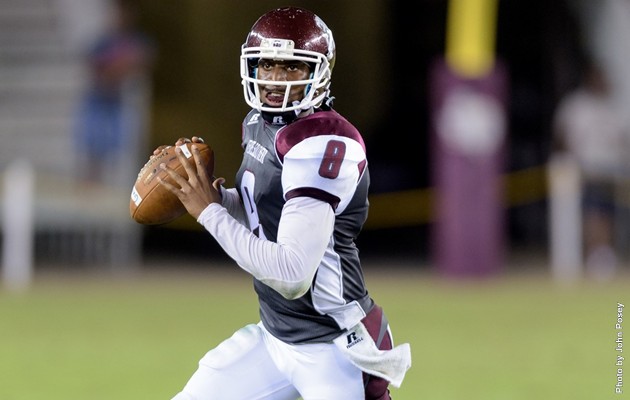 Robert Harris Jr.
HBCU GAMEDAY SWAC BLOGGER
Alcorn Statevs. Jackson State
Before Jackson Statewas officially out of playoff contention losing last week matchup against Alabama A&M, this would have been the game of the week. But Alcorn Statebeat AAMU, picking up its third-straight SWAC East title. This game for JSU will simply be about pride for the football team and will be a good matchup for ASU. Both teams have got better along the way this season, but JSU’s offense only averages 308 yards, second to last in the SWAC. ASU averages 422 yards per game. Will Alcorn State starting quarterback Noah Johnson have a repeat performance like he did last week against Mississippi Valley State?
PREDICTION: Alcorn 31, Jackson State 13
Prairie View A&M vs. ArkansasPine-Bluff
Both of the teams are out of SWAC title game contention this season, and will look to build toward next year. Prairie View A&M should look to run the ball down the UAPB’s throat in order to open up the passing game. Arkansas Pine-Bluff defense allows 211 yards on the ground, while PVAMU gains over 150 yards per game. In this matchup look for Stephan McCray & the rest of the PVAMU running backs will have their way against UAPB in this game. UAPB receiver Willie Young has been a consistent bright spot this season, coming up with 68 receptions and 900 yards to go with five touchdowns.
PREDICITON: Prairie View 45, Arkansas Pine-Bluff 14
Mississippi ValleyState vs. Southern
This matchup will all be about Southern’s dominance in the SWAC. Then this game will be in Baton Rouge, Louisianato finish off a successful season for the Jaguars just before the Bayou Classic game against Grambling the following week. If the game gets out of hand the reserves could get action against the Mississippi Valley State Delta Devils.
PREDICTION: Southern 50, Mississippi Valley State0
Alabama A&M vs. Auburn
In this non-conference matchup, Alabama A&M will try to keep up with their SEC opponent the best way they can. You have to be excited for the Bulldogs in the near future with that bright freshman running back Jordan Bentley who has rushed for 848 yards with nine touchdowns.
PREDICTION: Auburn 52, Alabama A&M 10
Grambling Statevs. TexasSouthern (Game of the Week)
This matchup is the game of the week due to the revamped Texas Southern team, and Grambling pretty much dominated the SWAC this season. DeVante Kincade is easily winning the Newcomer of the Year Award, and maybe the Offensive Player of the Year. Texas Southern’s defense has played competitive this whole season and only allowed 25 points per game (3rdin the SWAC). The key to this matchup is if Texas Southern’s offense keep up with the G-men offense. No one else in the the SWAC has so far.
PREDICTION: Grambling 31, Texas Southern 18