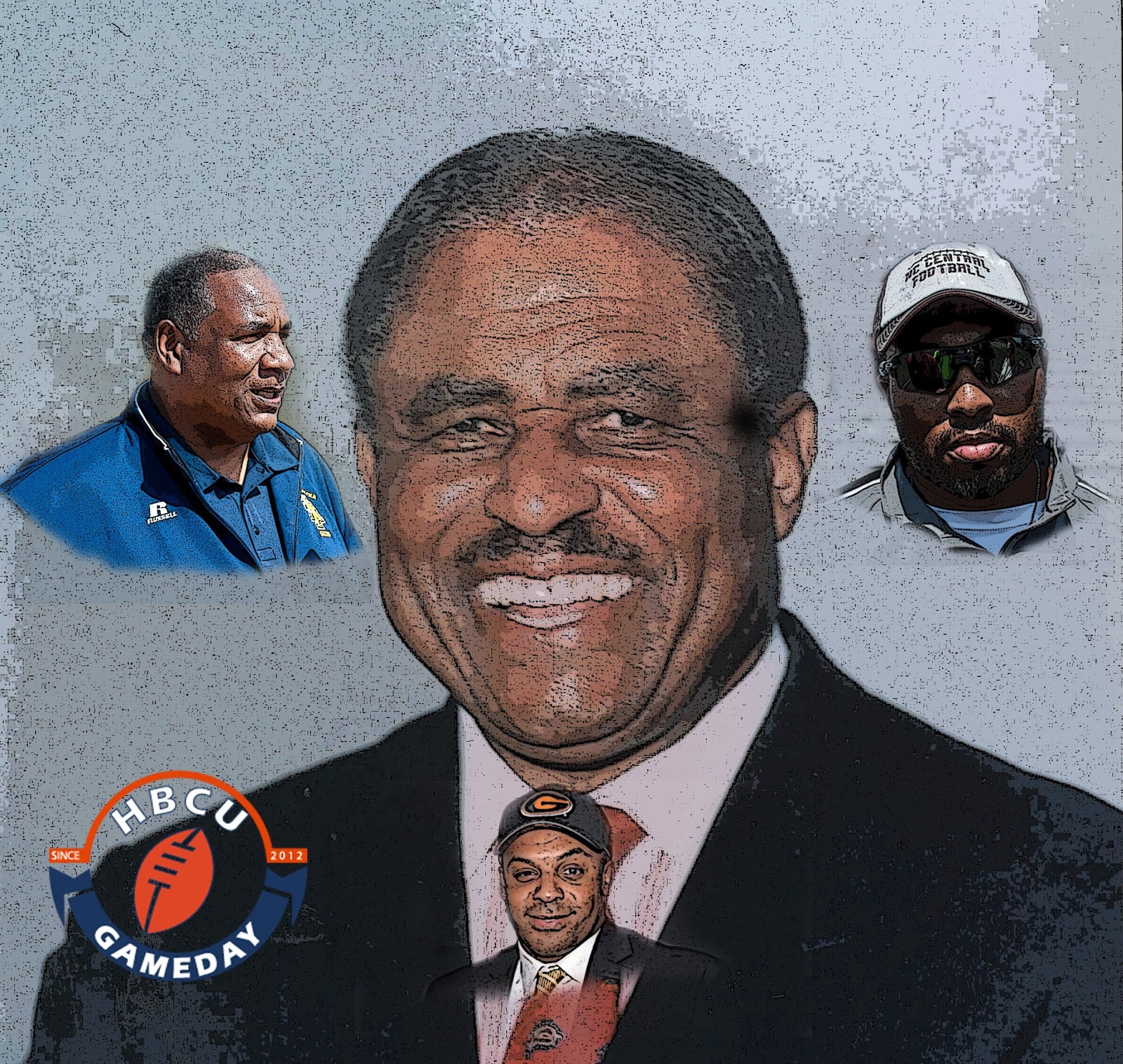 The finalists for the Football Championship Subdivision’s coveted Eddie  Robinson Award have been announced, and HBCUs are well-represented on the list. Three HBCU coaches were among the fifteen finalists named on Tuesday.

North Carolina A&T’s Rod Broadway is up for the award as his team is currently 9-1 and nationally ranked in multiple polls. Broadway actually coached at Grambling, where the award’s namesake coached, prior to coming to A&T.

Grambling’s current coach, Broderick Fobbs, is also in the running for the award. GSU is currently 7-1, and with two regular season games to go, in prime position to play for a SWAC title, and possibly a berth in the Celebration Bowl against North Carolina A&T or NCCU.

Like Fobbs, North Carolina Central’s Jerry Mack is a third-year head coach up for the award as well. Mack’s team is currently 8-2, undefeated in the MEAC, and ranked for the first time ever as an FCS program. His team will take on Broadway’s A&T squad with the winner claiming sole possession of the MEAC title and berth in the Celebration Bowl.

Depending on how their teams finish, any of these three men would be worthy candidates and should be seriously considered.

Despite the award being named after a legendary coach from an HBCU, only one coach from a black college has won the award since it was first given out in 1987. Henry Frazier’s 2010 win as coach of Prairie View is the lone win for HBCUs in that span.

All three men inherited programs in situations that were less than ideal. North Carolina A&T was stuck in a vicious cycle of academic probation and losing seasons when Broadway took over in 2011, having gone 1-10 the previous season and just a few years removed from a 27-game losing streak. Broadway has led A&T to back-to-back MEAC co-championships and a win in the first-ever Celebration Bowl.

Grambling, once the pride of black college football, was front page news for all the wrong reasons in 2013. From its controversial firing of Doug Williams, to it’s player boycott, to revelations about poorly maintained facilities, the program needed a savior. Just over three years later the program is back in the limelight, ranked 16th in the FCS.

NCCU is a newcomer to the FCS, and Mack has helped make the program one of the MEAC’s shining stars since taking over prior to the 2014 season. He’s won 23 games in his first season, the most in NCCU history. He’s led the team to back-to-back MEAC co-championships, and at just 36, is one of the hottest coaches in FCS Football.

It’s time for a HBCU coach to get recognized by the FCS community for their work, and the selection committee has three highly-qualified candidates. They can’t go wrong with any of the three. But if they don’t pick Broadway, Fobbs or Mack, it may say a lot about what the rest of the FCS thinks about HBCU coaches.