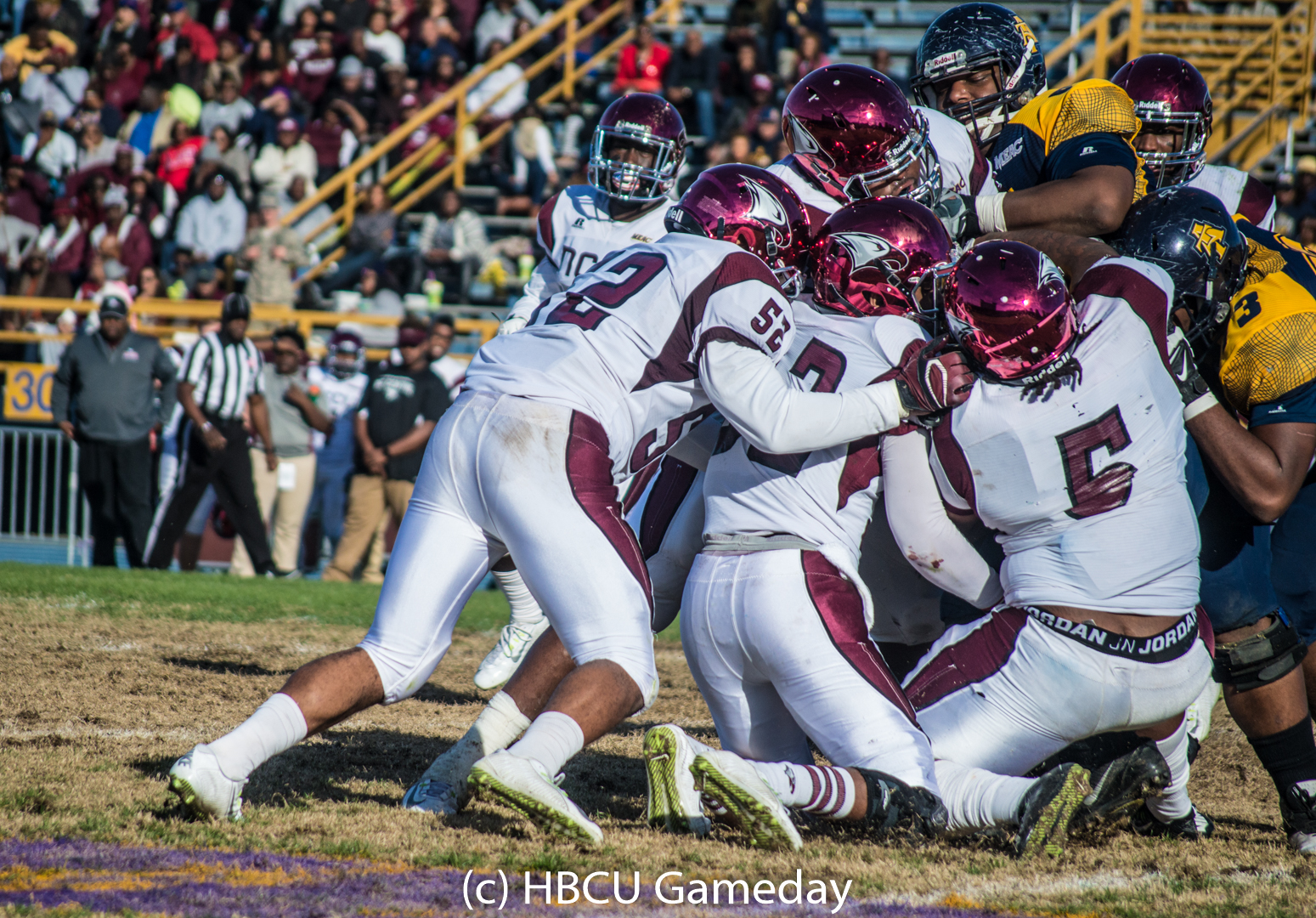 North Carolina Central and North Carolina A&T have met 87 times on the football field, but Saturday’s matchup in Durham will be a first. The MEAC’s de facto championship game will mark the first time that both teams are ranked in FCS polls.

NCCU (8-2) moved up to five spots to rank 20th in the FCS Coaches Poll following its 30-21 win over Howard on Saturday. It was a nice jump one week after being ranked for the first time in its short history as an FCS school. The STATS FCS Poll put NCCU in its top 25 for the first time ever as well on Monday.

The two teams are set to meet in Durham as one team will finish 8-0, stamping their ticket to the Celebration Bowl, while the loser will hope to gain an at-large bid as the MEAC gave up its auto-bid to send the champion to the playoffs. Both teams have been shared the MEAC title in the last two seasons as NCCU twice foiled its rival’s hopes of its first outright conference title since 2003.

Grambling also moved up in the Coaches Poll, going from 18th to 16th. GSU has won seven games in a row since its lone loss to FBS Arizona in Week Two. A win this week would inch them one-step closer to potential SWAC West-deciding matchup against rival Southern on Nov. 26.