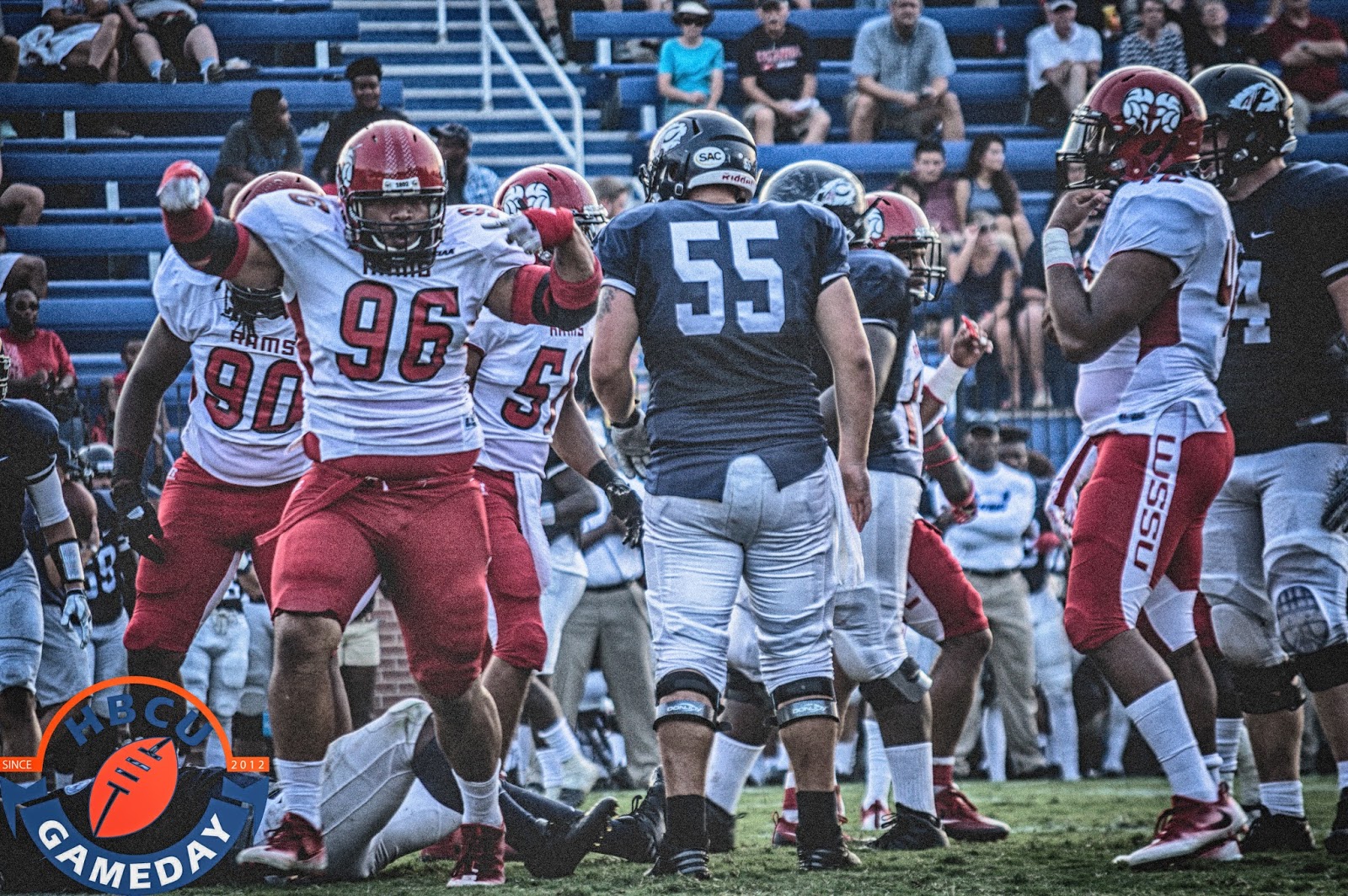 Sione Umufuke is not hard to pick out in a crowd at Winston-Salem State University, on-or-off the football field. For one, he’s 6’3, 330lbs.

But it’s more than his size that makes the Sacramento, CA native loom large even among the big bodies that wear red and white.

Umufuke is a 30-year-old father of two, who was graduating from high school when some of his freshmen teammates were still in elementary school. He also leads the team in the Haka Dance ritual before every game.

WSSU head coach Kienus Boulware first learned of him a few years back back from another player from California. It took a while, but Boulware was finally able to get him to come to the North Carolina school, and he couldn’t be happier with the results.

Check out Umufuke’s story in his own words as his team prepares to take on Bowie State in the CIAA Football Title game on Saturday.