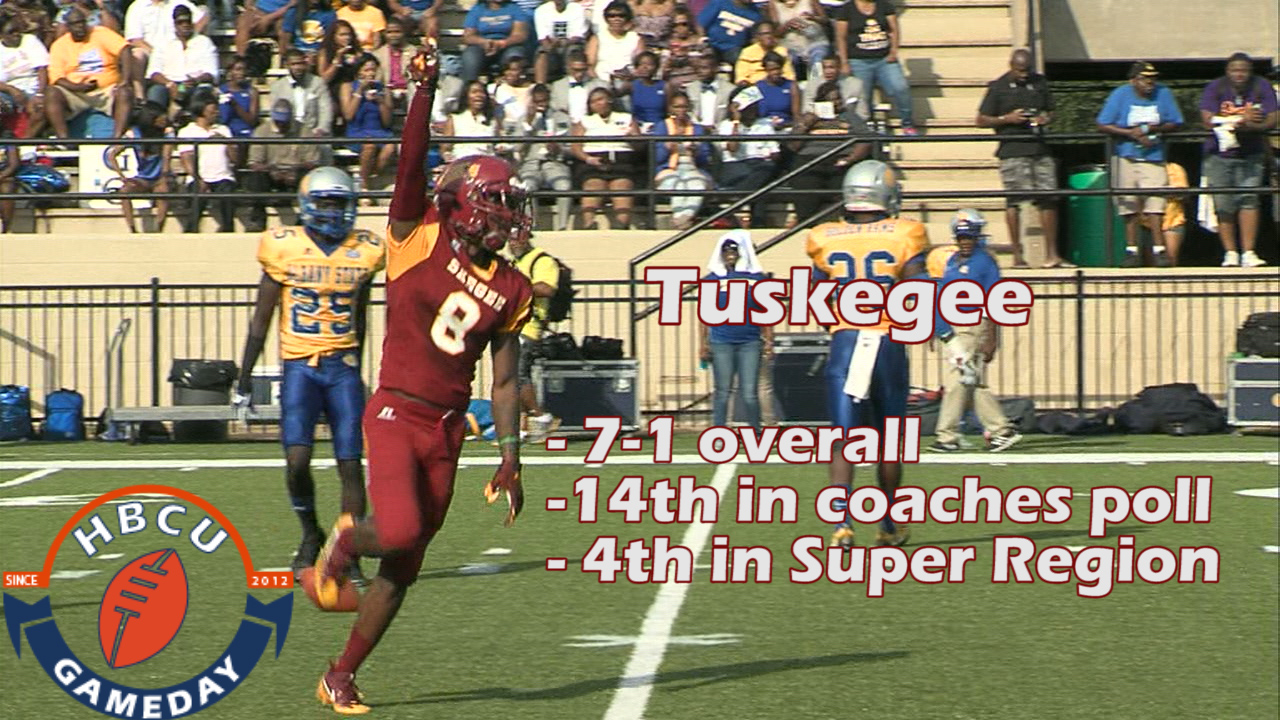 By all accounts, Tuskegee has had a remarkable football season. The Golden Tigers are 7-1, ranked 14th in the nation and fourth in their Super Region. But as of right now, they do not qualify for the playoffs, even if they win their regular season finale against Miles College.

The reason? Tuskegee will have played in nine games this season, but just eight of those have come against Division II competition, with the ninth game being a 17-14 win over Florida A&M, an FCS team. NCAA rules state that a team must play nine games against Division II opponents to qualify for the playoffs.

D2.com blogger Kris Ferguson breaks down the situation ‘Skegee finds itself in and gives possible solutions in this video.

Sources tell us Tuskegee has agreed to a 10th game, but won’t announce it until after the Miles game.