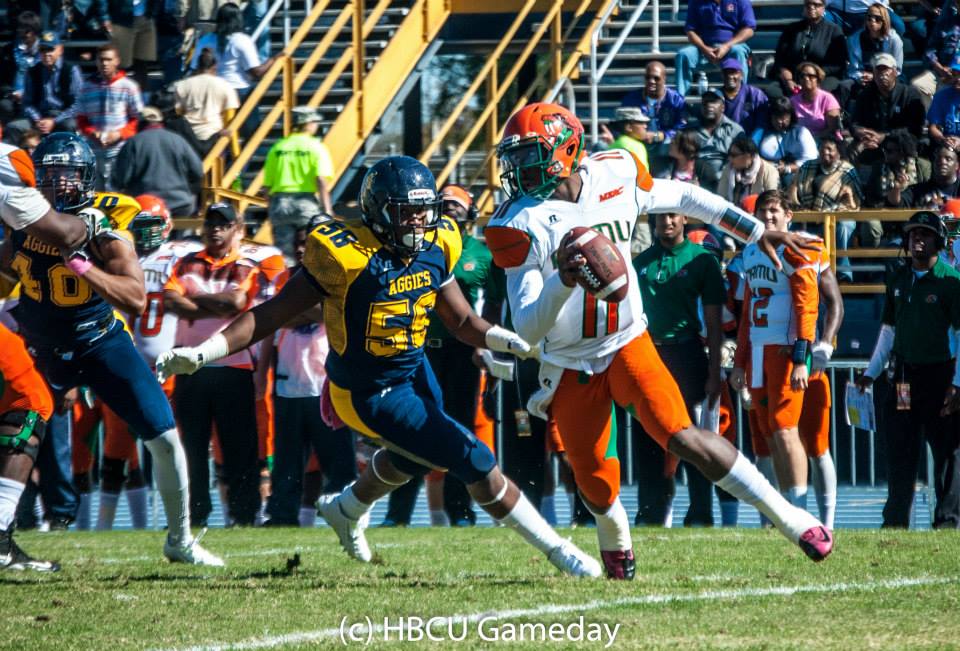 For the second time in three seasons, North Carolina A&T has decided to invite Florida A&M to Greensboro for its Homecoming, better known as GHOE.

For most of its time in the MEAC, picking FAMU for your Homecoming opponent was much like inviting A&T to be your opponent now — a good way to get embarrassed in front of your biggest crowd of the year. (Really, what were you thinking Howard?)

That hasn’t been the case for the last couple of years, but it looks like that tide is turning. FAMU has won three of its last four games and finally seems to be hitting its stride under second-year head coach Alex Wood.

A&T is currently 4-0 in the conference and 6-1 overall. They are nationally ranked and lead the MEAC in just about every major statistical team category. They’ll be playing at home in front of a large crowd and should win this one pretty comfortably.

Sounds a lot like how Tuskegee looked last week heading into its homecoming against Kentucky State. A week and a couple of blocked kicks later, the previously unbeaten program is out of the SIAC Championship race.

A loss to FAMU wouldn’t be as disastrous to A&T as it was to Tuskegee, but it would definitely signal that FAMU is done being trampled on in the MEAC.