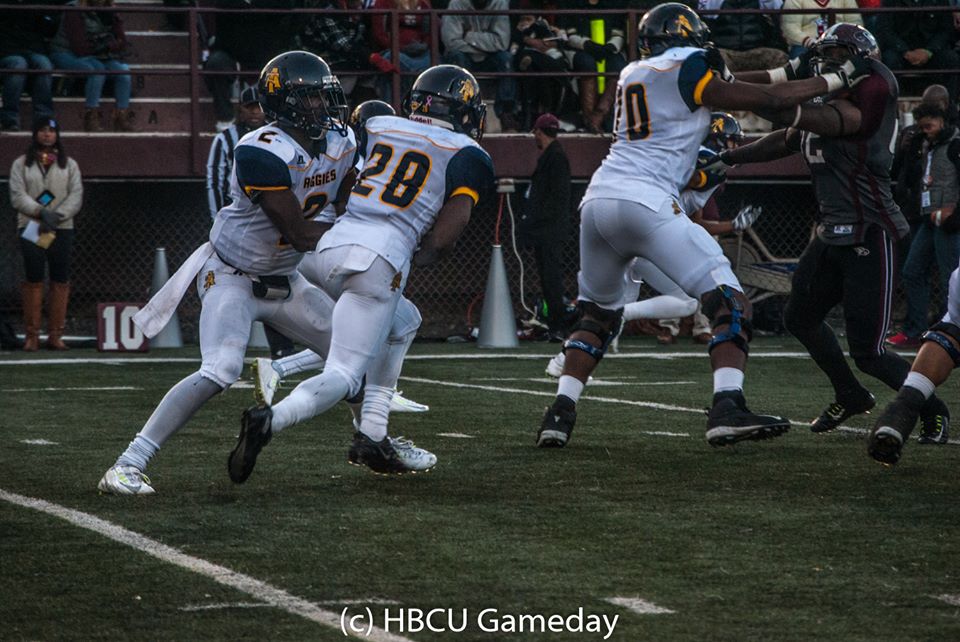 One of HBCU football’s best rivalries will finally get its moment in the national spotlight. The MEAC has selected North Carolina A&T’s Nov.19 visit to North Carolina Central for broadcast on ESPN3, according to NCCU.

//platform.twitter.com/widgets.js
The game will be streamed live on ESPN3 and re-broadcast on ESPNU later in the evening.

The two are longtime rivals going back to the 1920s, but the rivalry has been especially electric the last two seasons. NCCU beat their rivals from the east in both 2014 an 2015 to come away with a piece of the MEAC title while denying A&T their first outright MEAC title since 2003.

“We would like to thank ESPN for the opportunity to showcase the Aggie-Eagle Classic as this contest has had a substantial impact in determining our conference champions the past two seasons,” said MEAC Commissioner Dr. Dennis E. Thomas. “We look forward to showcasing MEAC football, its coaches and student-athletes to a worldwide audience next month.”

Both teams are currently undefeated in the conference, with NCCU at 5-0 and A&T at 4-0, which means, if both teams stay undefeated, a sole title will be up for grabs. It is also the last regular season game in Tarik Cohen’s remarkable career.

The Eagles got the better of the last matchup in O’Kelly-Riddick Stadium in 2014, beating the Aggies 21-14 in a thriller that we won’t soon forget.

HBCU football fans from all over, including us here at HBCU Gameday, have been calling for this game to be televised for years, and it looks like the powers that be finally listened.