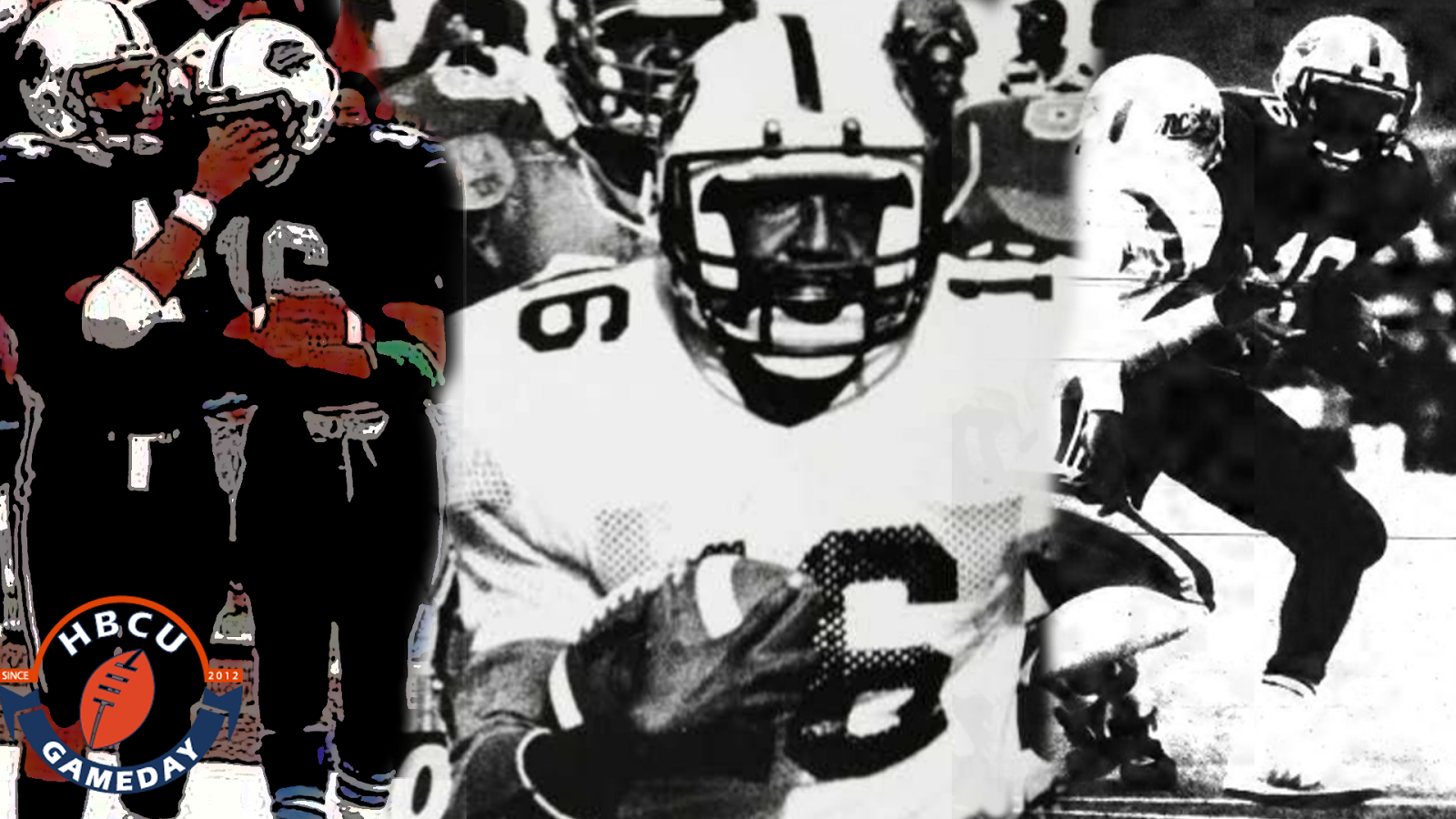 At pretty much every HBCU, football is an afterthought during homecoming. Even on Saturday. Even more so at a school like Howard where the play on the field often pales in comparisson to the star power around the historic Washington, D.C. Campus.

But one cool day at William H. Greene Stadium, the star of the show wore cleats and a white helmet.

It was a breakout game for Harvey, whose touchdowns came against a WSSU team that included future NFL defenders Donald Evans and Anthony Blaylock.

Reed’s first score came off a pitch from quarterback Lee Dubose, one that he took 52 yards. He then added a second one in the quarter from 34 yards out to give his team a 13-0 lead. And the route was on.

“Harvey is a great homecoming guy,” Howard head coach Willie Jeffries told The Winston-Salem Chronicle. “We are going to tell him that next week is homecoming away from home.”

Reed only had 126 rushing yards on the season heading into that game. A pep talk from former Howard lineman Richard McGee the night before gave him some extra motivation heading into the game.

“He made me realize I have just been an average player and not playing to Harvey Reed potential,” Reed said via The Washington Post. “The last couple of years have been tough for me because I take everything personally. Now I know everybody looks to me to do a lot, and, if I click, the team clicks. Until the homecoming game this year, I don’t think I ever realized that.”

Once it clicked, it clicked for real. He would follow up his homecoming special with a 176 yards and two touchdowns against Virginia State  and then ran for 151 yards and three touchdowns to help Howard beat previously unbeaten North Carolina A&T 42-10. He finished with 1,386 yards and 18 touchdowns as Howard recovered from a 1-3 start to win its final seven games.

He saved his best for last, running for 1,512 yards and scoring 20 touchdowns as a senior in 1987. He led the Division I-AA (FCS) in rushing and was named the MEAC Player of The Year.