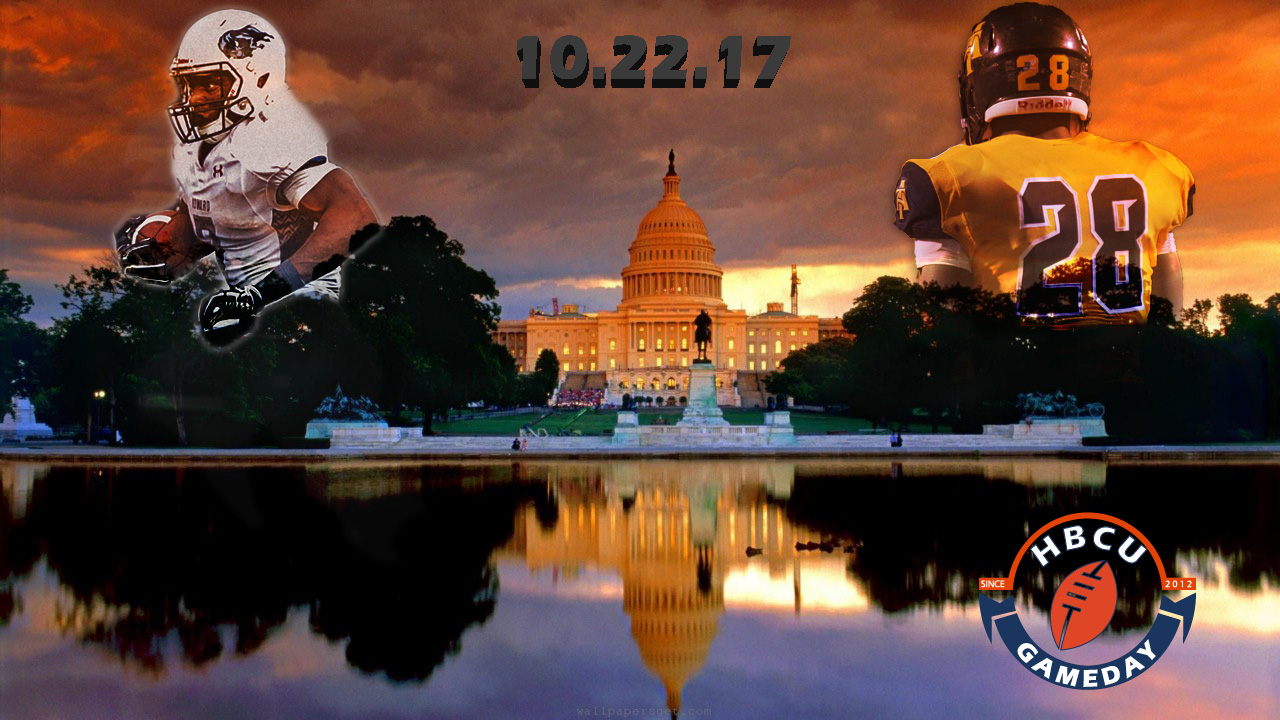 The MEAC has always been a running conference, and this year it has two of the best backs in the FCS.

North Carolina A&T’s Tarik Cohen is the second-leading rusher in the FCS, but Howard’s Anthony Philyaw is right behind him at no. 4.

Philyaw has rushed for 757 yards and five touchdowns for Howard, who will be looking to add it second win of the season when it plays A&T for its homecoming. At 6-1, 205 pounds, the junior from Los Angeles is quite a load.

Anthony Philyaw of @HUBisonSports with a monster run vs. Monmouth.👀 pic.twitter.com/Za4W76Txdx

//platform.twitter.com/widgets.js “He’s big and he finds the open gap and he gets down hill. He can make some moves. And he’s got good feet. He’s a good player,” A&T coach Rod Broadway said at the MEAC’s weekly teleconference. “He’s a really good player, I think.”

He’s certainly been on fire as of late. He’s rushed for better than 100 yards in four of his last five games, including a 234 yard, three touchdown performance against Monmouth in Week six.

It goes without saying that Howard (1-5) will certainly have their hands full as well. Cohen has rushed for 890 yards and 10 touchdowns this season. And he’s also run for better than 200 yards in each of his last four games against FCS teams, dating back to the Air Force Reserve Celebration Bowl.

When all is said and done, though, this is a matchup between a team with only one loss, and a team with only one win. And Howard head coach Gary Harrell knows that slowing down Cohen is key to his hopes of getting his second win on Saturday. Especially at homecoming, which Harrell called his school’s “Super Bowl.”

“I don’t think Tarik is a problem for Anthony Philyaw,” he said. “I need my defense to be thinking along those lines as far as how we’re gonna stop him, how we’re gonna tackle him and make him frustrated and make the day long for him.”

That wasn’t the case last time these two teams played as Cohen rushed for 137 yards and three touchdowns in a blowout in Greensboro for GHOE last year.  Harrell expects his running back to play with a little something to prove when Cohen comes to D.C. for Howard’s homecoming.

“I don’t think that he’s going to go out and try to do anything outside the norm,” Harrell said. “Of course, I can’t sit here and say he’s not thinking about the other guy on the other side of the football team. He wants to outperform him.”