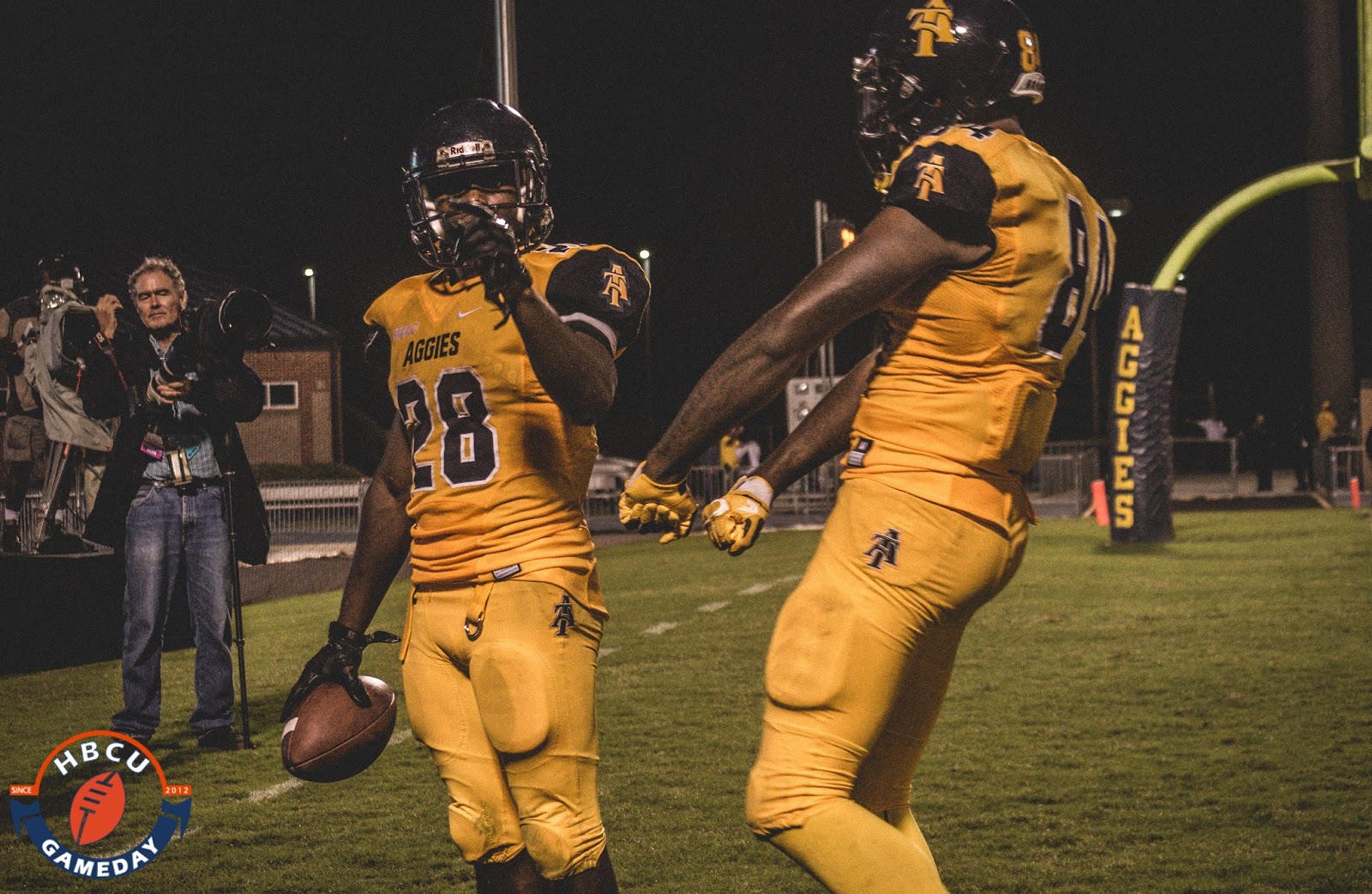 The new STATS FCS poll is out and there are now three HBCUs on the list.

North Carolina A&T moved up one spot in the poll after beating Bethune-Cookman 52-35 in Daytona on Saturday. A&T, 5-1, is now ranked 14th in the FCS as its lone loss came to FBS Tulsa in Week Three. They travel to Howard to face the Bison for homecoming.

The SWAC is represented on the poll as well, as Grambling is ranked 21st overall. The Tigers, 4-1, were idle for the second week in a row. They will travel to Itta Bena, MS to take on Mississippi Valley State.

Ohio Valley Conference member Tennessee State came in at no. 25. TSU, 5-1, made its first appearance in the poll since Oct. 6, 2014. They have a tough task ahead as they head to Vanderbilt to take on an in-state FBS foe.