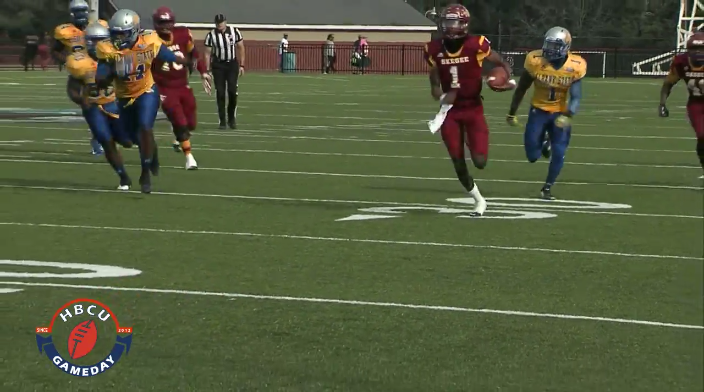 Halfway through the football season, no one in HBCU football is riding higher than Tuskegee and their quarterback. Tuskegee moved into the top ten in the NCAA Division II poll and Kevin Lacey has been officially added to the Black College Football Hall of Fame’s Deacon Jones Watch List.

Tuskegee’s fourth quarter comeback against UNC-Pembroke resulted in a 21-16 win and moved the program up from 11th to eighth in the nation. They are now 5-0 heading into their matchup with rival Morehouse in Columbus, Georgia this weekend.

Lacey, a senior from Wetumpka, Alabama, has been added to the BCFHOF’s list for its inaguaral award for the best player in black college football. The 6-6 senior has been on fire to start the season, completing 61 percent of his passes for nine touchdowns while throwing just two interceptions and leading fourth quarter comebacks against both FAMU and UNC-P.