The Howard University cheerleaders made headlines last week when they took a knee during The Star Spangled Banner at the Nation’s Classic on Saturday.

With their statement still garnering attention, the team has released a statement about its protest.

https://www.facebook.com/plugins/video.php?href=https%3A%2F%2Fwww.facebook.com%2Fhbcugameday%2Fvideos%2F942555969205633%2F&show_text=0&width=560
“The speculation is correct that this was done in support of not only the statement that NFL Quarterback Colin Kaepernick was making, but in support of the greater ideology, that Freedom and Justice For All, is not currently that,” the team declared in letter signed by Sydney Harris, Rikkia McGill and Alex Jones.

It wasn’t just the cheerleaders that made a statement, either. Members of the football team held up their fists during the national anthem as well. 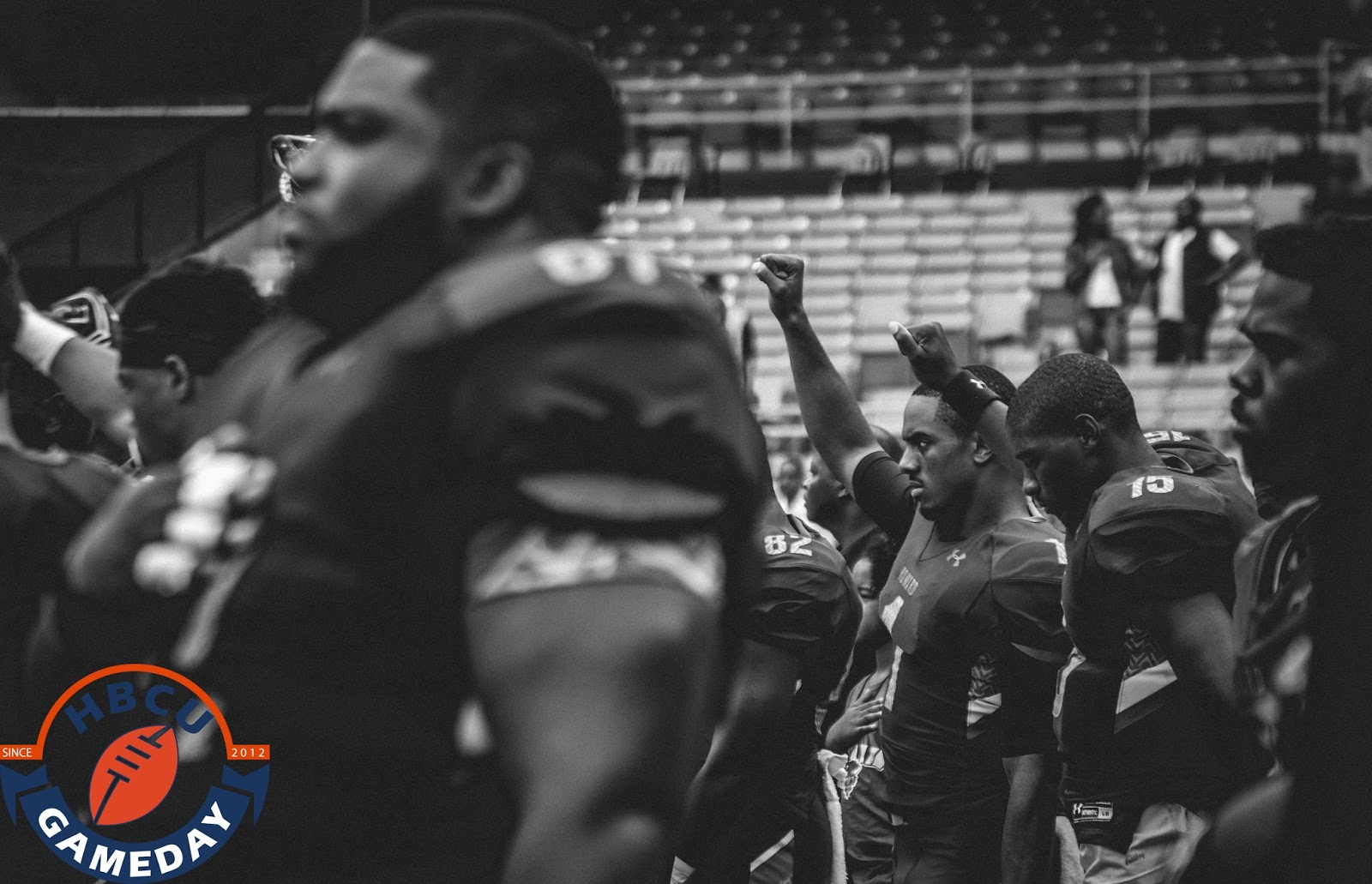 America, this great country that we live in, is the greatest in the world, but it is not perfect and its imperfections are the ugly face of injustice. We see this played out not only against African-Americans but also against many other races, religions and sexual orientations. We recognize the sacrifice that so many of our military and service people make for our country and are respectful of and honor their service.”

The Bison cheerleaders suggested that more protests could be on the way.

“Throughout the season, as cheerleaders on the field or court performing change,  a wide variety of things may be seen.” 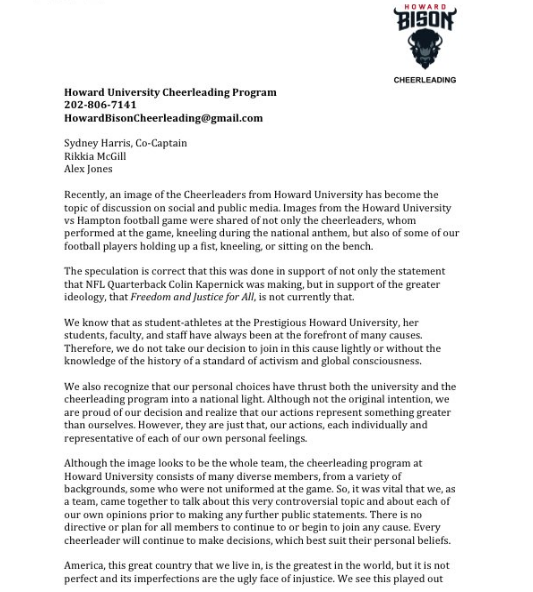 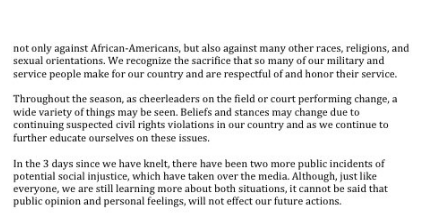