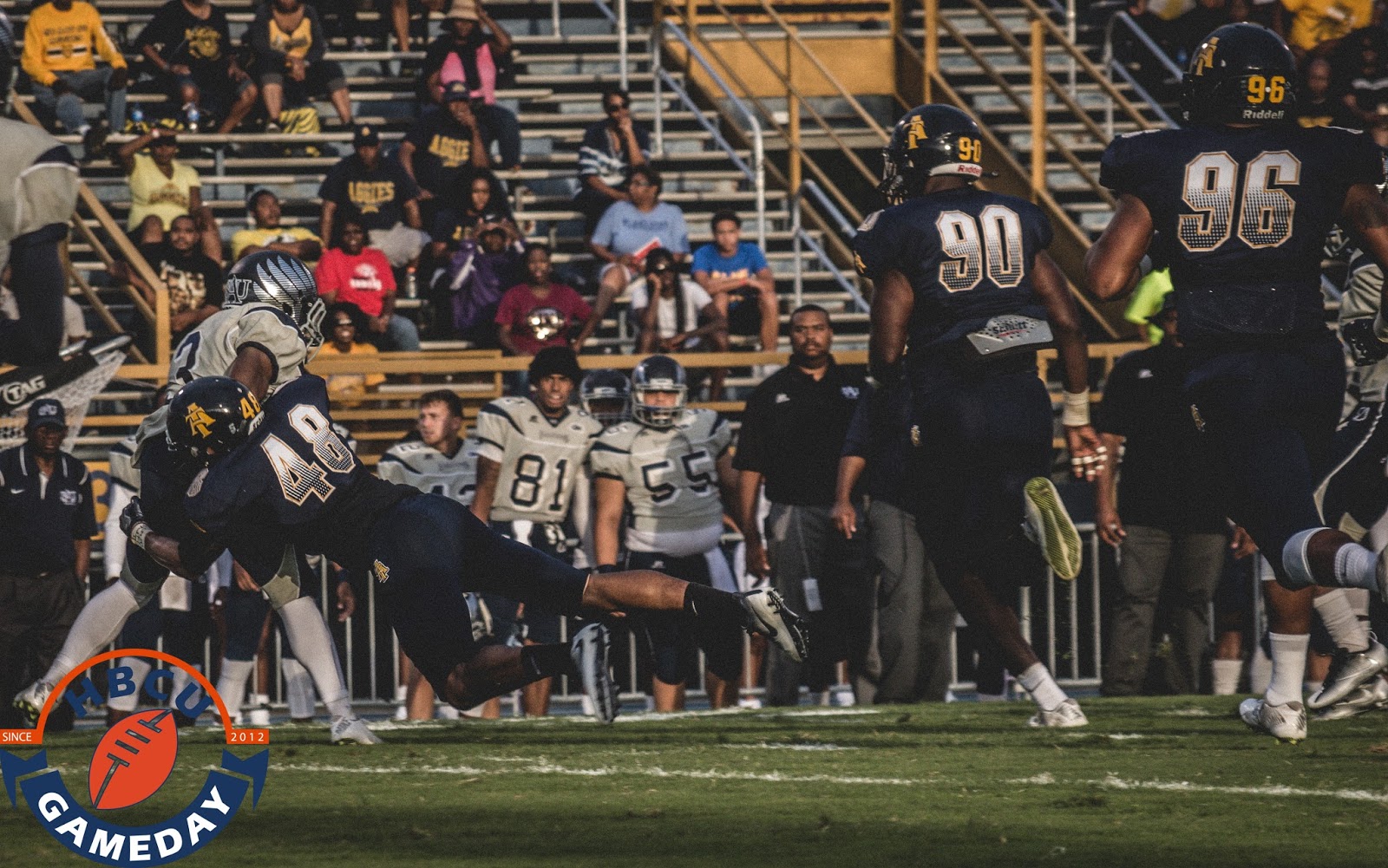 Kinston, North Carolina has become known as a hotbed of basketball talent over the past few decades. The town of just over 21,000 people has produced many talented college and professional basketball players, from Cedric “Cornbread” Maxwell, to Jerry Stackhouse to Reggie Bullock.

But Kinston has become fertile ground for North Carolina A&T’s resurgent football program as well under current head coach Rod Broadway. First there was Angelo Keyes, a fleet-fooded defensive lineman, back in 2012, and then his brother Denzel, a 6-4 wide receiver the following year.

And then there’s Jeremy Taylor. an undersized linebacker listed at 5-11 and 181 pounds. But despite his small stature, no one came up bigger than Taylor in Saturday night’s big win over FBS Kent State.

“He’s starting to get better,” Broadway said on the MEAC’s weekly telephone call. “The way he performed Saturday night against those guys was outstanding.”

Taylor recorded 15 tackles, 2 sacks, picked off a pass and recovered a fumble in the team’s 39-36 win over Kent State.

“He was special Saturday,” Broadway said. “He played his rear off. Jeremy was a guy that walked on here, played his way to being put on scholarship this fall and that was the reason because we knew he was a good player.”

“I think the world had a chance to see him Saturday night perform at his best.That’s his best game he’s played since he’s been here,” he said. “I just hope he’s got a couple more left in him.”

Tuskegee embraces underdog role in 5th Quarter Battle of The Bands vs. FAMU
Four HBCU alumni up for Pro Football Hall of Fame
To Top
X