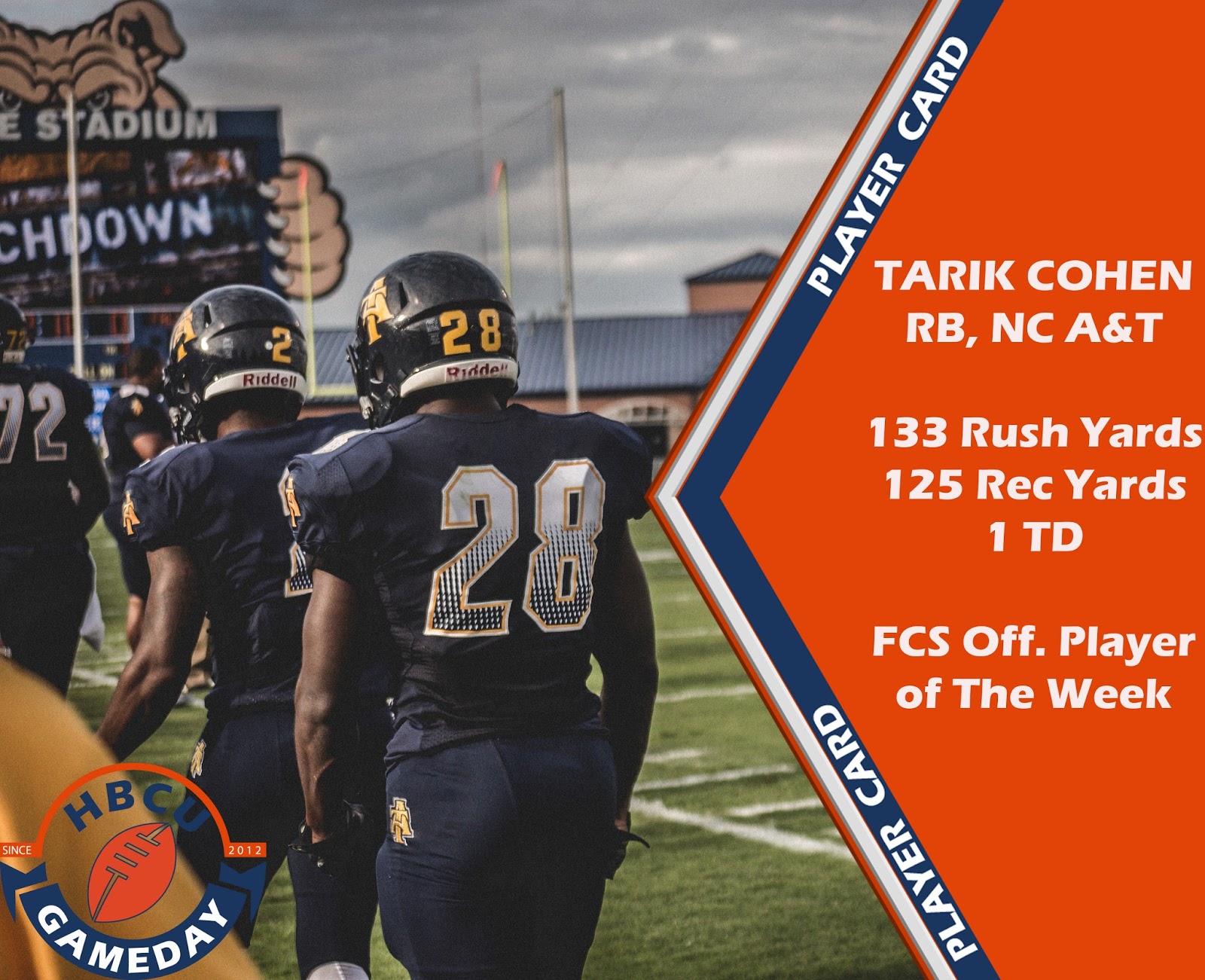 North Carolina A&T did what few FCS teams and almost no HBCU teams ever do: they went to an FBS team’s stadium and beat them while getting paid to do so.  So it comes as no surprise that both of our FCS Players of The Week took a part on A&T’s 39-36 win over Kent State.

Offensive Player of The Week:

Tarik Cohen has powered the A&T attack since his freshman season in 2013 and Saturday night was no different. The overlooked, undersized back from Bunn, NC came up with a total of 258 yards and a score to help his team get its first-ever win over an FBS opponent.

DeVante Kincade, Grambling: The Mississippi transfer showed why he was a highly-touted FBS recruit a few years back, tossing two touchdowns and helping Grambling to a 21-3 halftime lead over Arizona before an injury forced him to sit out the remainder of the game as his team fell 31-21.

O’Shay Ackerman-Carter, Tennessee State: The Tennessee State quarterback sliced apart a SWAC defense for the second week in a row on Saturday, completing 14 of 18 pass attempts for 237 yards and two touchdowns, while rushing for another. 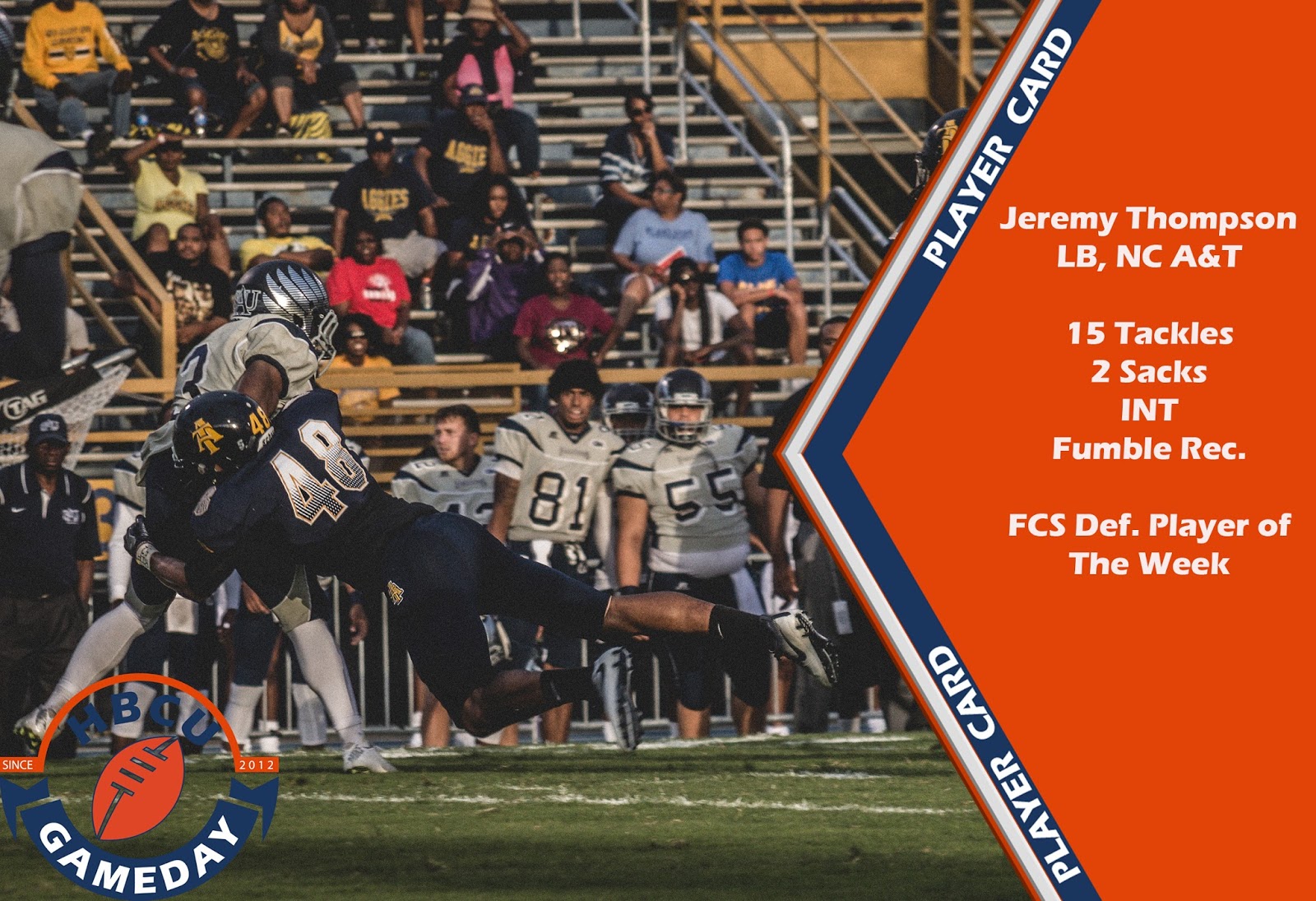 Just as important to A&T’s win as the offense was the defense, and no one was busier than Thompson. The Kinston, NC native was all over the field, making big play after big play.

Jamal Lucas, Texas Southern: The linebacker from Mount Bayou, Mississippi was a one-man tackling machine against Houston Baptist, picking up 14 tackles, including one for a loss.