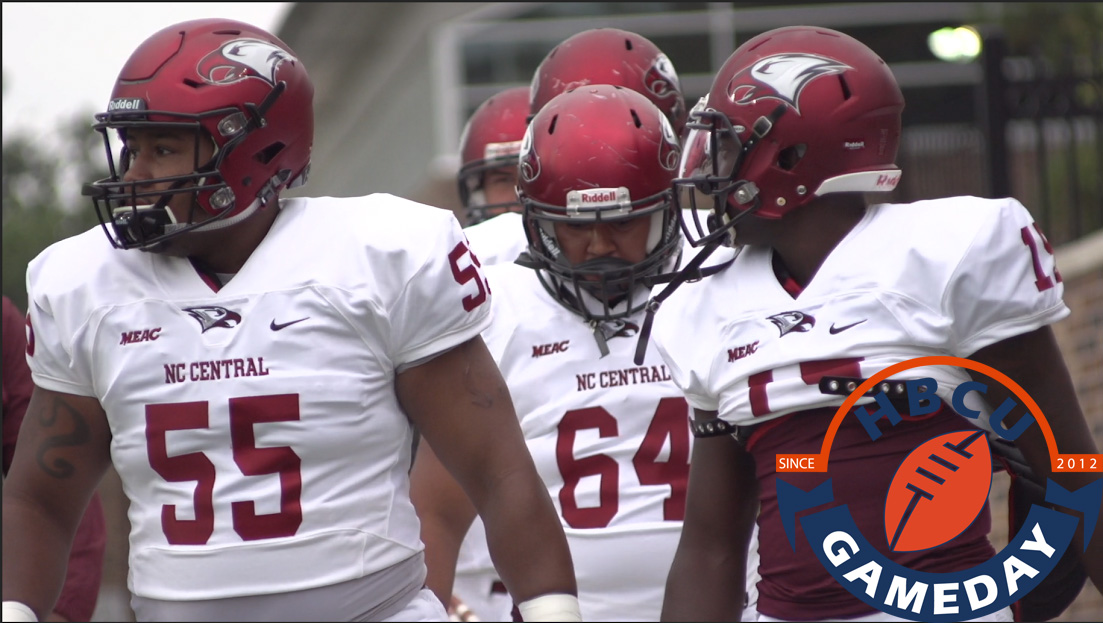 North Carolina Central kicked off its 2016 season against Duke on Saturday with a 49-6 loss to their fellow Durhamites. One of the silver linings in that game, however, was the team’s new jerseys.

All summer long we’ve been updating you on jersey changes at HBCUs, particularly in the MEAC, as they left Russell as a group and joined with Under Armour, Addidas and Nike. NCCU was one of 10 MEAC schools who signed with Nike, but they never revealed their jerseys until Saturday.

Check them out in action here.

The jerseys are very simple and clean. They also look a lot like Alabama, thanks to NCCU’s colors.

What do you think of NCCU’s new look?

A&T blows out St. Aug
Winston-Salem State looking to put tough loss behind as they prep for Catawba
To Top
X