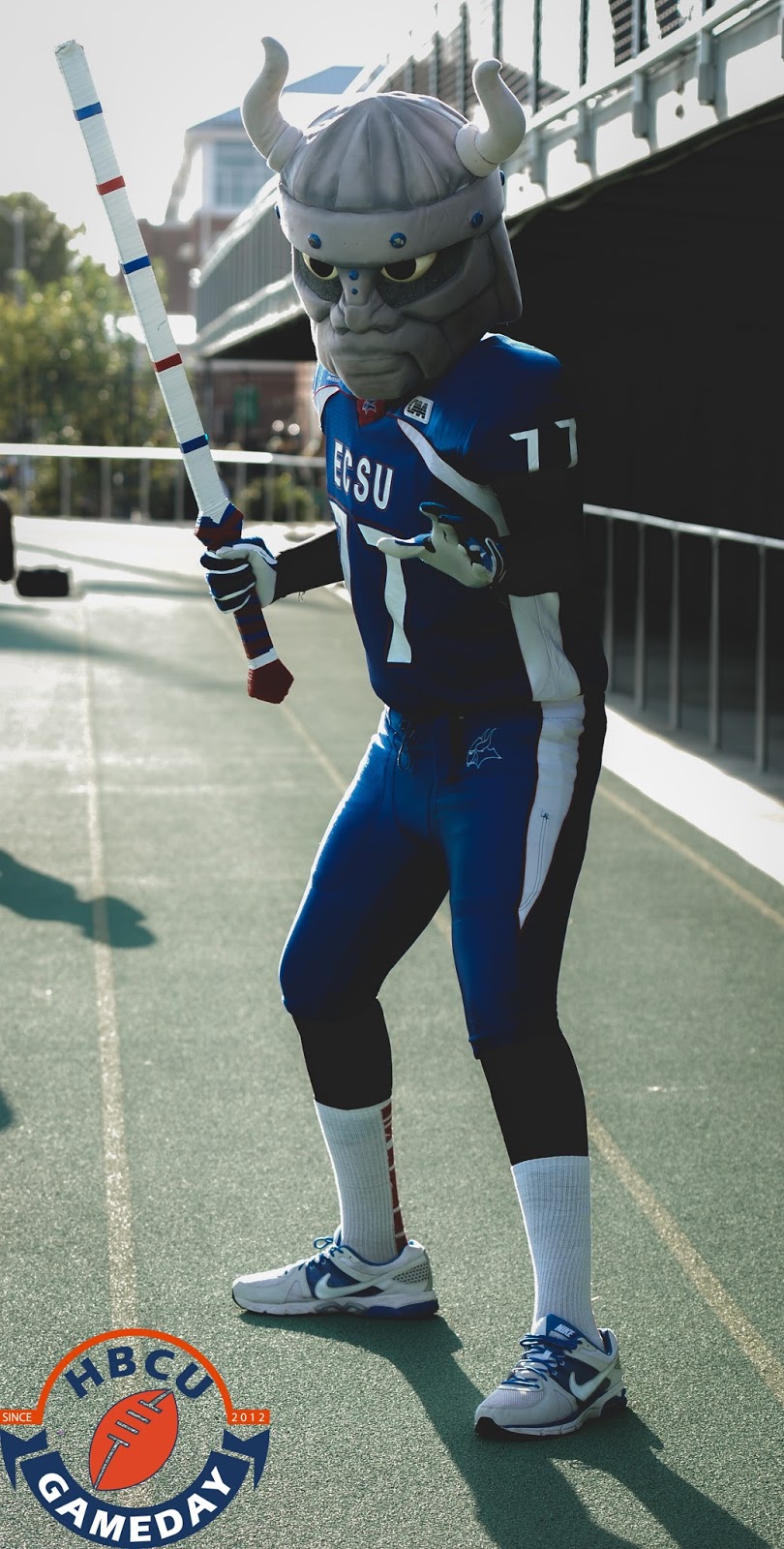 Some mascots are cute. Some are cuddly. Then there is Elizabeth City State’s mascot.

They call him “Vik the Viking.”

Now Vikings aren’t supposed to be cute or cuddly, but Vik is just plain intimidating. Just look at him. 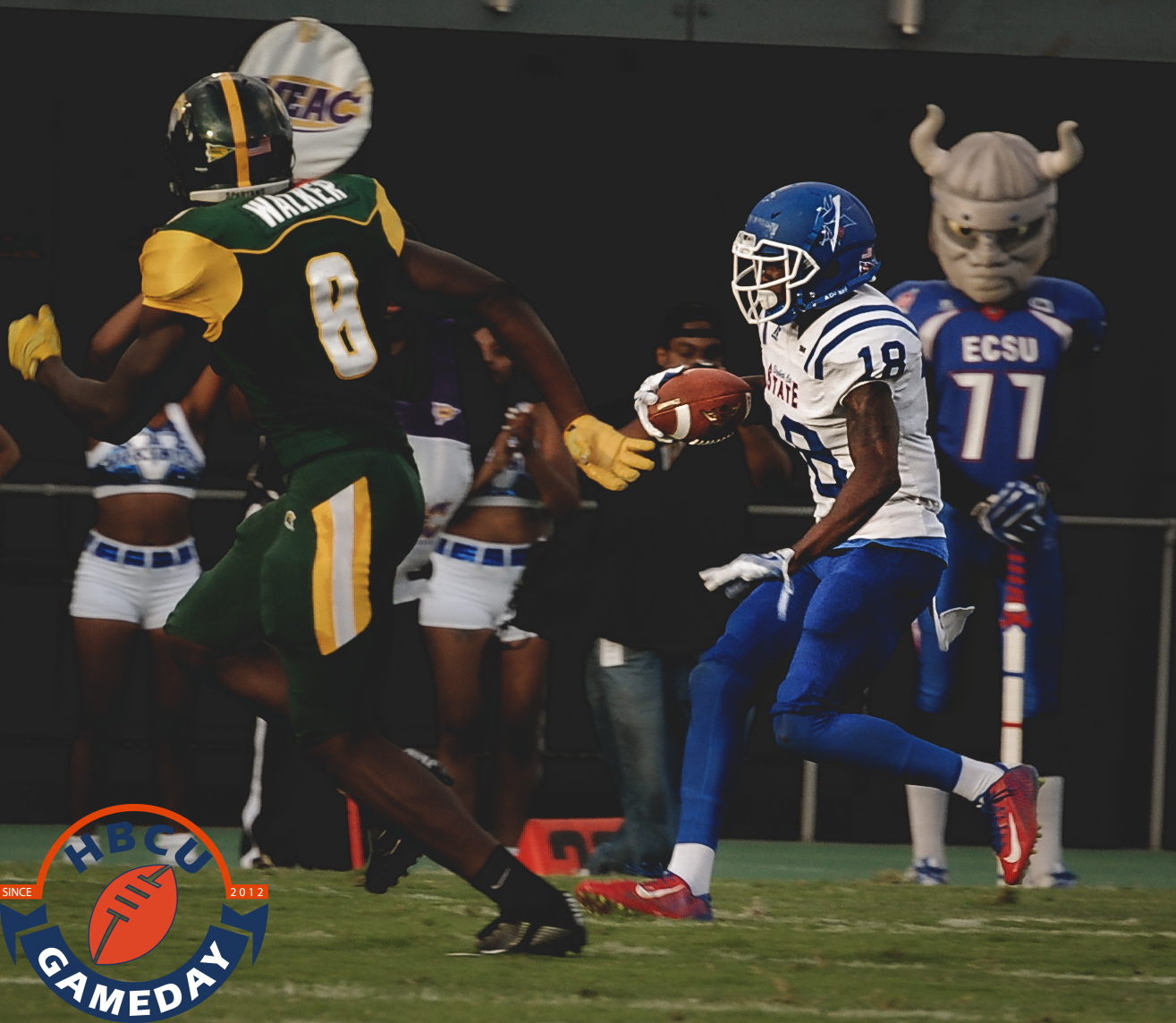 That face means business. The 2015 version of Vik was also pretty tall–well over 6-0–meaning the football team probably could have used him. And then there’s his staph. If someone tried to carry that into the stadium, they probably wouldn’t get past the gate.

He hasn’t tweeted in a minute, but when he did, he wasn’t afraid to encourage fans by any means necessary.

I KNO 1 THING…VIKING NATION BETTER B LIVE AT DIS GAME THE WHOLE TIME….NOT JUST CETAIN PARTS!!! OR IM THROWING MY AXE IN THE STANDS LOL

//platform.twitter.com/widgets.js
Oh, and then there’s this interview where the former Vik admitted things got a little heated between himself and the Bowie State Bulldog.

Long story short, no mascot wants it with Vik the Viking.